The migrant workers: too far to vote

* A large yet undocumented share of citizens on electoral rolls will remain unable to cast ballots on July 25 because of their absence from home constituencies
* Experts bemoan that political parties and election authorities have paid attention only to the issues of the middle and affluent classes; they suggest that postal ballot facility should be extended to migrant workers 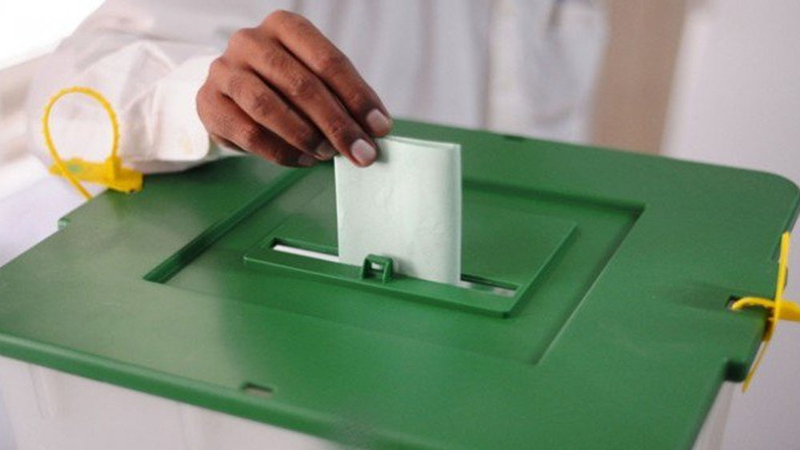 Lahore/Karachi: Waheed Khan has been employed as a cook at a house in Lahore’s Model Town area for three years. Before that, he lived and worked as a domestic helper in Karachi for about 20 years.

There were four general elections in the country during this period but Khan, who belongs to Abbottabad, could not cast ballot in any of these, even though his name was on the electoral rolls all this time.

“I do not have that many days off from work,” he says, adding that his priority is to use off days to spend time with family on weddings, children’s exams and such occasions.

“Even though I would want to vote, but I don’t see the point in using my limited holidays to make a trip to the village for voting. It takes around 10 hours in a bus to reach [Abbottabad].”

Similarly, Rubina, a domestic helper at a house in Karachi’s Defence Housing Authority, will be unable to cast ballot this time since her vote is registered in her ancestral village in Kot Addu, Punjab. Driven into poverty following floods five years ago, Rubina and her other family members found odd jobs in settlements close to Kot Addu for a while before she moved to the coastal city. She hasn’t since returned to Kot Addu except on special occasions.

Rubina and Waheed are part of the large yet entirely undocumented mobile labour force that moves between their ancestral villages and towns to major cities like Karachi, Lahore, Islamabad, and Rawalpindi, for low-paying jobs like domestic help, driving, security duties, etc. Many also find work opportunities in the increasing number of retail and wholesale markets in expanding urban areas of the country.

In most cases, these workers possess Computerised National Identity Cards (CNICs), but they cannot have a say in the electoral process because their votes are registered in areas they have left behind in search of greener pastures.

Excited by campaign activities in Karachi’s NA-247, Babar Azam, a driver at a house in Defence Housing Authority, decided to return home in Swat to cast his vote. However, his request for a few days off from work was turned down by his employer

Even when they make an attempt, their efforts can get thwarted because of uncooperative employers.

Excited by the campaign activities in Karachi’s NA-247, Babar Azam, a driver at a house in Defence Housing Authority (DHA), decided to return to his home constituency in Swat to cast his vote. However, his request for a few days off from work was turned down by his employer, who told him, ‘your vote will make no difference’.

The mobile workforce also includes people with jobs that don’t pay a fixed sum of money every month. These ‘commission-based’ assignments are rampant in the sales and marketing sectors of the urban economy. Similarly, many migrants manage to use their savings or loans to start small-time businesses.

Originally from Khanewal district of Punjab, Naeem Bhuranda, 42, has been working as a salesperson in Karachi for several years. However, he has not updated his home address on the CNIC because he retains family ties in Khanewal. He says that with advances in technology, the authorities should be able to find a way to let voters away from their home constituency cast ballots.

Markets in Karachi’s Quaidabad area are full of roadside vendors, some of whom eventually manage upgrade their trade by renting small shops.

The mobile workforce deprived of its right to vote because of its absence from areas where their vote is registered is no longer restricted to those employed in low-value-adding sectors.

A large number of the student body at the various higher education institutions in major cities comprises those from remote areas. Many of them end up extending their stay in cities after landing jobs in the booming telecommunications, banking, and fast-moving consumer goods (FMCG) sectors.

Muhammad Mustafa, a native of Quetta, started job in an IT company after finishing college education in Lahore. Although his earnings are in the middle-income bracket, but he still cannot afford to spend money on a return trip to Quetta just to cast ballots.

“The busses and trains will be fully booked almost two weeks before the election,” says Mustafa. “I need two days to commute and one day to vote. Three days off at least. The one-way plane ticket will cost at least Rs10,000. There is no way I can return to vote in Quetta.”

Mustafa maintains that the authorities ought to use technology-based solutions widely available now to make voting easier for mobile population segments.

Asked why haven’t they considered getting their addresses changed to the existing locations, Mustafa and others insist that the nature of their jobs is such that they aren’t sure if they will continue to reside in one place for too long. “It will just be a hassle to constantly keep changing my address,” he says.

Harris Khalique, a development professional based in Islamabad, highlights that there is no consolidated and reliable data available to determine the exact proportion of voters whose jobs away from home would prevent them from casting ballots.

He continues, “The political parties and election managers have little interest in these people because they are poor and voiceless. The parties and authorities are more interested in facilitating the middle class and the affluent expatriate Pakistanis to vote here, although most of these latter have no future stakes in this country.”

Although Mustafa’s earnings are in the middle-income bracket, but he still cannot afford to spend money on a return trip from Lahore to Quetta just to cast ballot

Sharing insights from existing research on the subject, Umair Javed, a researcher, says, “The 2017 census shows that Lahore’s population has doubled between 1998 and 2018, at an annual growth rate of 3-4 percent.”

“This is due to migration from areas around the metropolis like Kasur, Sheikhupura, Hafizabad and Nankana Sahab. The construction sector has been growing for some time and employs many of these workers. Those from areas near the city retain ties with their hometown. However, those from farther away, like DG Khan, Rahim Yar Kham and Multan, then shift their home address on the ID cards.”

Javed says that in some shanty towns in Lahore, political parties have brokered with residents through thekedars (landowners), helping them get home ownership, access to clean water and other basic necessities.

“In Rawalpindi, the Pashtun population is so close to its home base that it tends to return home to vote,” he says. “Lahore has just 5 to 6 percent Pashtun migrants. The shifting of the home address on ID cards for voting is much more prevalent in Karachi because of the geographical distance,” he notes.

“Karachi is the largest migrant city in the country with a 15-20 percent migrant population. People from Swat, Nowshera, Mardan, and FATA are residents there and many have also relocated their families since many generations. There are now Pashtun dominant areas in Karachi where ANP has a political base and has taken some provincial seats.”

Election laws in Pakistan provide for postal ballots, but it is restricted at the moment to three categories of voters, says a Karachi-based spokesperson of the Election Commission of Pakistan (ECP).

These categories include government officers and their families, voters with disabilities, and those serving prison sentences.

Dr Asad Sayeed, a senior economist based in Karachi, believes that extension of a postal ballot to migrant workers is an idea worth considering. “The upper classes can commute, get addresses on ID cards changed and prioritise voting. But their numbers are very small. We should push reforms for the working classes, and seek postal ballot facility for them.”

He recognises that successful implementation of the postal ballot facility for an illiterate and semi-literate population will be a challenge, but adds that it will prevents these segments from being completely disenfranchised.