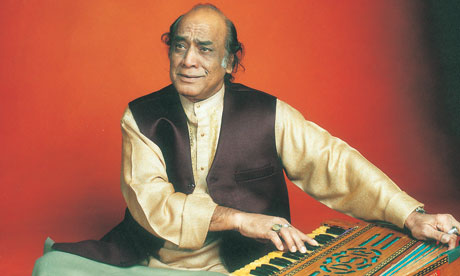 Today marks the 91st birthday of the legend, Mehdi Hassan, one of the greatest and most influential figures in the history of ghazal singing. He is famously known as “Shahanshah e Ghazal.” His immense contribution to Pakistani and North Indian music earned him a great number of admirers from all over the subcontinent. His mellow, velvety baritone voice attracted a following, first in the subcontinent and then in the world. He earned numerous awards and accolades in his lifetimes and remained a leading singer in the Pakistani singing industry.

Mehdi Hassan was born on the 18th of July 1927 in a village called Luna in Jhunjhunu District in British India into a family of musicians. He had his musical training from his father, Ustad Azeem Khan and uncle Ustad Ismail Khan. Mehdi Hassan started performing from a very young age with his brother. 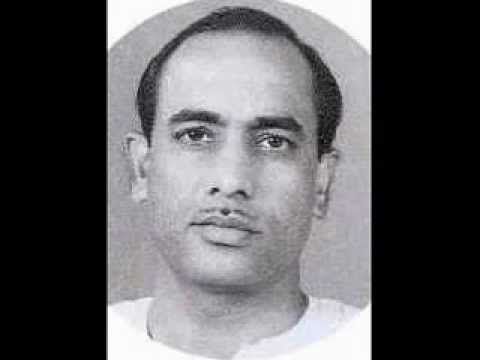 When Pakistan came into existence, at the age of twenty Mehdi Hassan migrated to the new country with his family. He had to face great financial problems and he initially started working in a bicycle shop and later became a car and diesel tractor mechanic. For several years the majestic voice remained unheard. Despite the poor financial condition, he didn’t give up on his passion and continued his singing routine on daily basis. In 1957, he was given the opportunity to sing on the Radio Pakistan, which earned him great recognition. He began experimenting with Urdu ghazals because of his love for Urdu poetry, during his part time job. His first major breakthrough was when he sang a ghazal for the film, ‘Firangi’, called   “Gulon mein rang bharay, baad-e-naubahar chale,” written by the legendary Faiz Ahmed Faiz. Then there was no one stopping the shooting success of his singing career. He gave us back to back many enchanting songs and ghazals that connected to the hearts of people and evoked a series of emotions.

It is one of the most famous ghazals of Mehdi Hassan. It appeared in the film, ‘Azmat’, in 1973. It talks about the true, undying love and affection.

Mein to mar kar bhi meri jaan tujhay chahoon gaa (But I will yearn for you even after I die).

Mujhe sochta koi aur hai (but being thought by someone else)

Hassan’s gossamer light reading runs the scale with effortless ease giving a release from rather intense lyrics. Critics and fans have been marveled at Hassan’s ability to sing with such ease and lightness.

One of the most acknowledged ghazals sung by him. Many remakes have immerged in order to pay a tribute to Mehdi Hassan. Despite the fact all are a product of great efforts, but none of those are even close to be compared to the one sung by the legend himself.

Ranjish he sahi, dil he dukhnae k liye aa (let it be anguish, even to torture my heart, come)

Mein hosh mein tha (if I was in abstinence)

(Subtly and gradually, she became a part of my personality)

As ever Mehdi Hassan’s singing seems to flow from within as if its source is an eternal spring. He was a recipient of many deserving awards from India, Pakistan and Nepal. Mehdi Hassan passed away on the 13th of June 2012 at Aga Khan University and Hospital, Karachi. By the time he breathed his last words, he had a huge fan following who loved and cherished him.

Mehdi Hassan may not be with us, but his repertoire will continue to enthrall music lovers in all times to come.