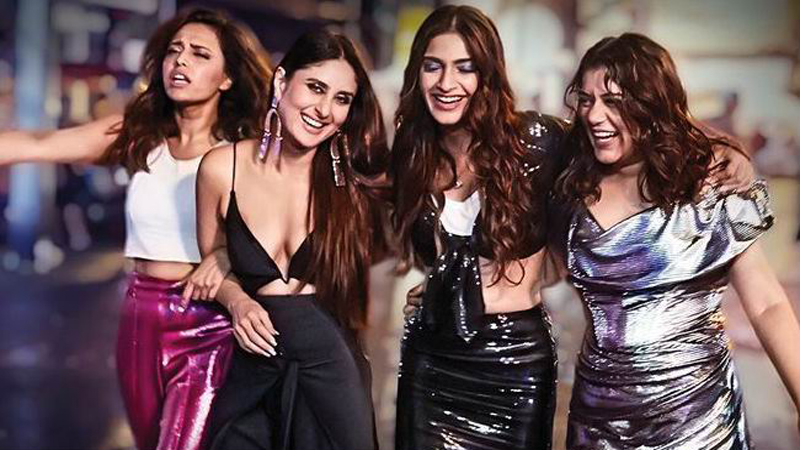 In 2017, a movie ‘Lipstick Under My Burkha’ was initially banned in India and then after almost six months of struggle by the filmmakers, Indian cinema agreed to release the movie. The reason behind the censorship of the movie was that it was women-centric and it also had explicit scenes.

Now in 2018, another women-centric movie, ‘Veere di Wedding’ with a lot of glamour, unnecessary explicit scenes, vulgar clothes and inappropriate jokes has been released and is being cherished by the society at a massive level.

Both the movies share one mutual attribute and that is the need to voice out physical and emotional needs of a woman. Hats off to the Bollywood industry for bringing forward such movies in a prudish society. ‘Lipstick Under My Burkha’ and ‘Veere di Wedding’ challenge the norms and traditions of the patriarchal society. However, they might not be as impactful because the production of ‘Veere di Wedding’ is quite unrealistic.

Another common thing seen in both the movies are the four main female characters fighting against the ‘norms’ of society. It looks like both movies aimed to address the dilemma of not talking about the emotional and physical needs of a woman.

‘Veere Di Wedding’ is an exaggerated and unrealistic movie with some real issues. Adversely, ‘Lipstick Under My Burkha’ is a real movie and should be watched by everyone as it highlights the unnecessary taboos of the society and forces us to think about them

In my opinion, ‘Veere Di Wedding’ lacked in spreading the message. The movie is full of unnecessary use of abusive language and obscene scenes. The issues they picked are prevalent in every class of the society but the way they tried to get their message across was impractical and illogical. They exaggerated the characters so much that it made this movie an unrealistic one. Main character Kalindi’s (Kareena Kapoor Khan) way of getting annoyed with traditions of welcoming a bride in a family, Avni’s (Sonam Kapoor Ahuja) misconduct with her mother, Sakshi Soni’s (Swara Bhasker) drunken character who used abusive language and Meera (Shikha Talsania) who eloped with an American man and was not ready face her family as they did not accept her foreign husband. The movie seems to be a complete mess!

Yes, the issues of children from a broken family (Kareena’s character) are real issues that should be addressed. Similarly, Sonam’s character, who despite all the success, cannot find an appropriate guy and her mother keeps pressurising her to find one, is a real issue the young girls are facing. Meera’s parents’ way of not being understanding or confident of their daughter’s choice is a behavioral issue that is observed in many parents. Moreover, Bhasker’s character is unreasonable and irrational as she has everything perfect but is still living a messed up life.

Now coming to ‘Lipstick Under My Burkha,’ which was comparatively a low budget movie but surely addressed ‘the real issues’ in the best possible ways it could. This movie is also a threat to the traditions of a society but the ones that should not be accepted anymore. This story also includes four women living in a middle-class society and are being affected by the patriarch society in different ways. Among the four characters, the strongest character was of buaji (aunt) a 45-year-old widow, respected by the whole society as an elderly person. Everyone expects her to act in a certain way as if grey hair means the absence of emotional and physical needs. Both in Pakistan and India, when a woman gets separated at the age of 40, the society expects her to live her entire life as a widow or a single person. Ageism is very common in both societies and this is the time we really need to talk about this taboo. The society needs to know that an elderly person does not only need respect and they can also have feelings. In the movie, the issue is addressed in a practical and an authentic way where when buaji silently tried to break the norms of being alone for the rest of her life, the whole community disrespected her. Renowned actor Ratna Pathak who played the role of buaji justified this very significant role. 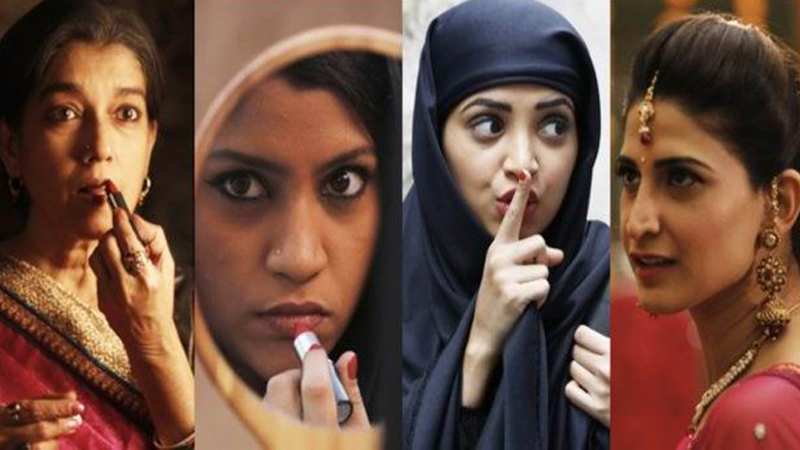 Another woman (Konkona Sen Sharma as Shireen) living with her husband and four children faced repeated assault by her husband. Her husband’s only interest in her was sexual. He did not have the guts to take care of her emotional feelings and to appreciate her skills. Many females are facing such problems in our society. Why does a man not understand that a woman has emotional needs? She needs to get appreciated every once in a while. This is a kind of issue that may not be seen or observed but it does exist and need to be addressed.

The third character was of a young girl named Rihana (Plabita Borthakur), who belonged to a Muslim family and is forced to live in a certain way. Her parents force her to wear a specific type of abaya. The girl is so repressed that she even steals short shirts and pants from the market and wears them to her college. A lot of parents do not give their daughters enough space and confidence that they could decide for themselves, these suppressed personalities lead them to opt for extreme conditions.

Fourth character in the movie is of Leela, a girl who is desperate for love and whose lover’s only interest in her was sexual. This character highlights the issue of slut shaming in the society and is well performed by Aahana Kumra.

‘Veere Di Wedding’ is an exaggerated and unrealistic movie with some real issues. Adversely, ‘Lipstick Under My Burkha’ is a real movie and should be watched by everyone as it highlights the unnecessary taboos of the society and forces us to think about them.

Movies are an effective and important mean of communication. If the concept of a movie is well established and the message is well constructed then it can influence a great part of the society. And if for the sake of popularity, movie is stuffed with vulgarity, glamour, and fantasies then it has an adverse effects on the audience. Now it’s the time for Indian and Pakistani Cinema to use this medium very wisely and along with its basic purpose of ‘entertainment’, it should talk about the taboos of the societies.