* Owing to their following among the young voters, PTI candidates in both Kurram seats are in a
strong position
* Prominent among independent candidates is former bureaucrat Ali Begum who is breaking
taboos with her women-led campaign 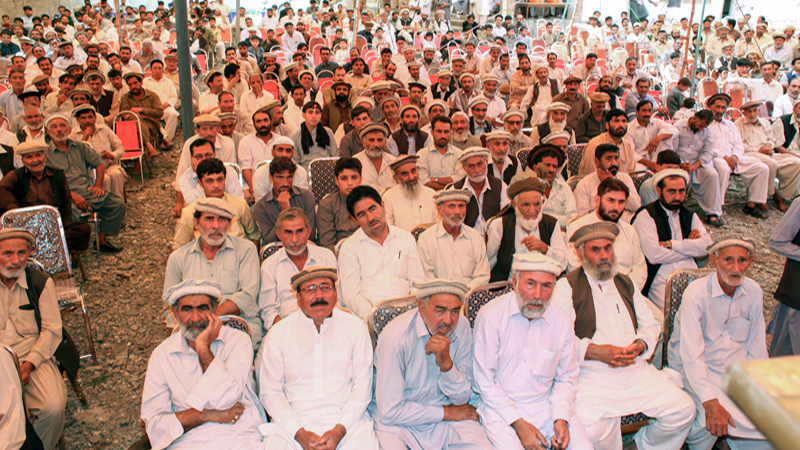 The 86 kilometre long Thal-Parachinar highway was once a symbol of death and mayhem, as the valley suffered episodes of sectarian bloodshed and militancy. As one of these episodes continued unabated, the highway remained closed for four consecutive years.

Only last year, life came to a halt in Parachinar after twin suicide blasts killed over 80 people, and led to a week-long protest sit-in that ended up Chief of Army Staff Qamar Javed Bajwa’s arrival to assure the locals of prompt and across-the-board action against militant outfits.

The sectarian rift and, later, the arrival of militant outfits like the Tehrik-e-Taliban Pakistan from the adjacent North-Waziristan tribibal district and the Afghan province of Nangarhar and Iranian border region disconnected Paranchinar’s connection to the rest of Pakistan for several years.

These days, the highway has returned to life with convoys of candidates and their supporters contesting the upcoming election in Kurram tribal district’s NA-46 driving to or from Parachinar for their campaign events.

With its 619,553 population, Kurram Agency will be represented in the Parliament by NA 46 (old37) including the upper Kurram with 80 percent Shia vote bank; and NA 45 (old 38) with lower and central Kurram areas where around 85 percent of the voters are Sunni.

In NA-46, Sajjid Hussain Turi won the election on a PPP ticket in 2013. He won the seat with 30,524 against former Air Marshal Syed Qaiser Hussain. The turn out was quite impressive at 58.1 percent.

In NA-46, JUI-F’s Munir Khan Orakzai had been a target of militants in the run up to the 2013 elections. A blast in his campaign rally led to the death of 25 people. TTP spokespersone Ehsanullah Ihsan claimed that Orakzai was targeted because of his support for the PPP and ANP governmemnts from 2008 to 2013.

Due to the prevalant unrest, there could be no elections in NA-45 in 2013, and it remained unrepresented for five years.

Shahid Kazmi, a social activist based in Kurram, observed that vote was casted in most of the past elections based on sectarian loyalties. However, he said, the upcoming election appeared first in recent memory when sectarian card was not being employed to solicit votes. He gave the example of PTI and PPP campaigns, saying that both had participation from Shia and Sunni communities.

“The voters are now better aware that the unrest has only harmed their interests since it has ruined the economy of the region,” he said, adding that the perceptio in NA-46 was that Sajjid Turi hadn’t delivered during the last five years.

In the past few years, formerly Federally Administered Tribal Areas got 2.5 million new voters, of which a million were women.

Analysts like Kazmi and others attribute the relatively high percentage of women voters in the area to Kurram’s high literacy rate. 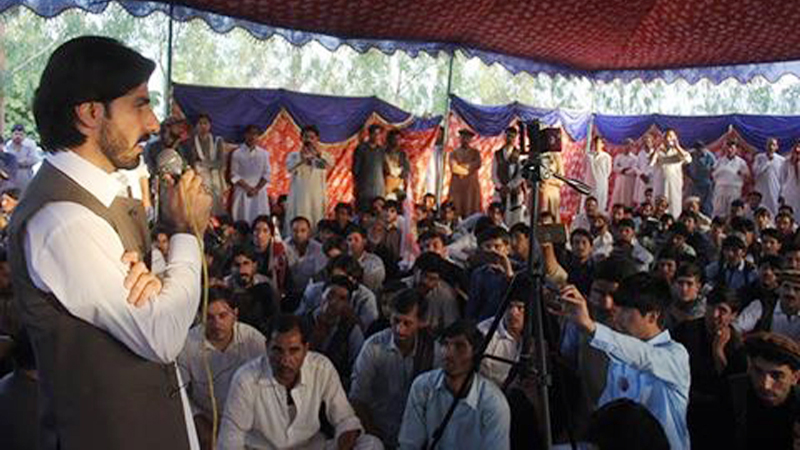 However, Sameena Afridi, a faculty member at Peshawar University, lamented that none of the political parties had worked to raise awareness for empowerment of women. “Parties need to work to making sure that women’s rights are respected in remote areas of the district,” she said.

She said despite the high rate of literacy, women were still not free to vote for their preferred candidates, particularly in remote areas. She said she had been visiting different areas in the district with her research team to raise awareness among women about the importance of the election.

After having observed Ali Begum’s campaign, Afridi said it seemed to her that she would not only help further raise the turnout of women voters but also enable many to vote for their preferred candidate rather than simply following the wishes of their male relatives.

A Parachinar-based journalist said that in NA-45 most of the young voters were with the PTI, but JUI-F and PPP were also running strong campaigns. He lamented that despite twice being an MNA from the area Munir Orakzai had not been able to deliver any works for the residents of the area.

In NA 46 as well, Syed Iqbal Mian of the PTI is considered a favourite though Sajjid Turi and Ali Begum are expected to put up a tough fight, the former due to the few works he has undertaken during his MNAship and the latter due to her vibrant campaign among women voters. However, Shabbir Hussain was also expected to attract voters due to its humanitarian efforts in the wake of the last year’s blasts and the ensuing dharna.

The journalist expressed excitement at the fact that for the first time in the region’s history, there had been a women only public gathering held as part of Ali Begum’s campaign.