Making a film teaches you a lot about who your enemies are: Ali Zafar 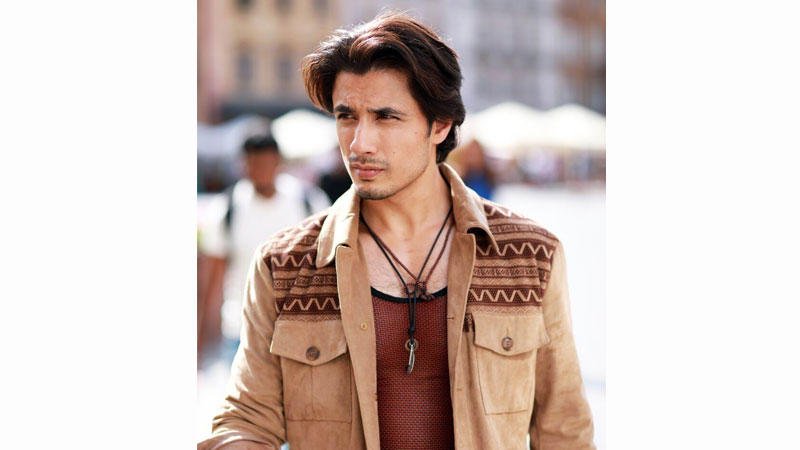 Ali Zafar is all geared up for his big-screen debut in Pakistan after a string of successes across the border. He’s taken his time before coming up with a genuinely promising feature, action romantic-comedy, Teefa in Trouble. Produced under the umbrella of Zafar’s very own banner, Lightingale Productions, the film has been directed by seasoned ad-filmmaker, Ahsan Rahim, whom Zafar frequently collaborated with on music-videos, and features an ensemble star cast comprising of Javed Sheikh, Faisal Qureshi, Mehmood Aslam, Asma Abbas, Fia Khan and debutant, Maya Ali as the leading lady, amongst others.

Just before the promotional frenzy begins, Daily Times got a hold of the Channo-star on all that his latest cinematic endeavor has in store, what it takes to multi-task on a film-set in a rather thriving industry and what his stayed with him upon completing the film. Read on:

You’ve co-written, produced and acted in the film as well. How were you able to manage such diverging tasks simultaneously?

That’s a good question (laughs). I sleep very little and I’m working around the clock. I’ve just trained my mind to multi-task where I can do a song, an action-stunt, a dialogue and things related to production or whatever is happening behind the scenes. My mind’s working on many different aspects and levels at one point, but at the same time, it’s very important to be composed, patient and focused. If you go haywire in your thought-process, you’re unorganised, everything can collapse. I start the day with ibadat (praying) and meditation, that just helps me focus to a level where everything is happening as matrix.

The actor says he has trained his mind to multi-task where he can do a song, an action-stunt, a dialogue and things related to production or whatever is happening behind the scenes

Local cinema hasn’t done as well over the course of over a year with increasing flops. What do you think the pressure is to deliver a box-office success?

The right word would be responsibility. My director and I are one, so it’s always we and what we felt was that if we have any power to create anything that can substantiate or elevate the industry then we better get at work. You have to contribute back to society and the industry that has given you what it has. I’ve personally felt that I owe a responsibility to people who have made me a star that they think I am. After having done seven films in India, if I can’t give them one great film in Pakistan that takes us internationally, I would’ve lived an ignorant life. And I’m not a fan of ignorance.

As the co-writer of the film, what was your inspiration behind the very colourful characters in the film?

I’ve been born and raised in Lahore, so I have a Punjabi background. It’s what makes me who I am and so I felt the film had to be rooted. We are not angrez, we are desis, we like our spices and colours. Yes, we like a grilled salmon once a while, but we like our buffets and accentuated nuances in our daily lives. As the dialogues were being written, I would think from the perspective of that character. If he’s a Butt Sahab (played by Mehmood Aslam), he has to act the part.

I must add, though, that I could not have done this without Ahsan Bhai’s guidance of course, his inputs cooked the characters more. If anything, I’ve been an observer in life. I observe the way people talk and speak, I like to look through the skin of people, that’s what’s I learnt when I started sketching portraits at a hotel lobby. When you’re drawing 10-15 people a day, you look into the eyes, you look into their souls. You can tell about that person by simply doing that, you’re inside the person, which is why I’d draw personalities and not just faces.

There are also different shades of your own character, Teefa as we see him in both interior Lahore and Poland. What can you tell us about him?

When we were shooting in the androon shehr, all those streets and places would fascinate me. I just feel those kids and people are a lot more connected to reality, and they’re not the Facebook generation that’s cut-off from the organic way of living when you’re actually eating together, sitting on the ground, talking to each other, you get into brawls. They’re so smart and Teefa comes from that background.

While I was shooting, it’s a funny incident; a kid came to me and said, “Set ho?” And I said, “Haan (yes).” He responds by saying “Kiden naal (with whom)?” This is their sense of humor and Teefa is that kid who’s become this guy (kidnapper of sorts) because he thinks he deserves better and he’s ready to fight for it. Whereas Maya’s Anya is a polished girl from Poland, so the film is actually coming together of two different people from different world’s altogether.

Lastly, what was your biggest takeaway from making your first ever production and Pakistani film, Teefa in Trouble?

You know what they say, a film is something that really teaches you a lot about life, who your friends are, who your enemies are and who are your enemies hidden in friends. It’s just a process that makes you learn so much and I’m glad that I’m that process, people have stuck by and those who have will always remain in my heart forever. And there are a large number of those people; I’m very thankful to everybody who’s been so supportive.