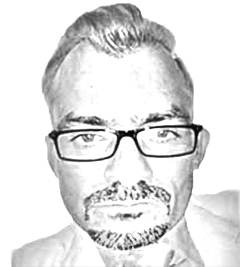 Pakistans strategy or a spider web?

Marde-moman marde haq, Zialul Haq Ziaul Haq. This was a popular slogan in Pakistan during1980s and 1990s because General Ziaul Haq was the hero of afghan jihad against Soviet Union. But Pakistan of 2017 is still harvesting the crop of militancy and Jihadi culture and this crop was cultivated by Zia and doctrine of strategic depth has become a nightmare for Pakistan now.

In the contemporary times, Pakistan is fighting militancy and terrorist outlets. The historical roots of this problem can be traced in 1980s and 1990s when Pakistan helped America in the promotion of militancy in Afghanistan in order to combat Soviet Union. Doctrine of strategic depth was devised and adopted by military dictator Ziaul Haq during Soviet occupation of Afghanistan in 1980s. This doctrine classifies Afghanistan as pivotal strategically and geographically for the national security of Pakistan. Zia executed and practiced this doctrine in Afghanistan and he exploited the concept of Islamic jihad as theoretical and practical tool in order to combat Soviet Union and establish its influence in political affairs of Afghanistan. A number of jihadi training camps were established in Pakistan, Federally Administered Tribal Area (FATA) and Afghanistan. Opportunist and dollar-oriented religious intelligentsia of Pakistan especially the leaders of Jamat-i-Islami gave due moral and logistic support to Zia in carrying and the execution of Afghan Jihad campaign in Pakistan. Jihadi training camps trained thousands of Pakistanis and they were used as a human fuel in that anti-Soviet retaliation of 1980s. Most important thing is that this Afghan Jihad was fully funded by United States of America and worthy American dollars played a key role in promotion and practice of Jihadi culture. Zia was just a rubber pawn in this game of Afghan Jihad and USA hired the loyalty and services of Zia. This was how doctrine of strategic depth was born and incorporated into the foreign policy of Pakistan.

Pakistani doctrine of strategic depth and Afghan Jihad worked well and it was a success story for USA but not for Pakistan and communist Soviet Union was defeated in Afghanistan by USA. But after the Soviet occupation was over in 1991, backlash of this Jihadi culture started to target Pakistani society. In the last two decades, Jihadi outlets have been mushroomed and they now exist in dozens in Pakistan, FATA and Afghanistan. This Jihad adventure of Zia created sentiments of religious extremism and traditions of militancy in Pakistani society. Another very serious consequence of this entire story is that it tempered the Islamic jihad philosophy and now innocent Pakistani citizens even believe that killing innocent Pakistanis is also a Jihad and a very sacred act. Terrorist outlets operating from Afghanistan and FATA even use the native Pakistani human resource of jihadi terrorists and suicide bombers in order to execute suicide bombings in Pakistani cities. No doubt religious leaders and institution of mullah in Pakistan are patronizing this religious extremism and misunderstood and misinterpreted Jihad in Pakistan.

Pakistan’s military is practicing doctrine of strategic depth for three decades and now it seems it has been evolved as a doctrine of ultimate destruction or a spider web for Pakistan and Pakistani people. Jihadi training camps and Jihadi terrorist of 1980s and 1990s outlets are still operating in and from Pakistan and Afghanistan respectively. Thousands of Pakistanis have lost their lives in suicide bombings in last 15 years. List of suicide attacks and causalities in Pakistan is too big to describe in this column in extenso. Terrorists spared no any place in Pakistan and they targeted everywhere and anywhere including mosques, shrines, hospital, schools, colleges and universities. In the most recent terrorist suicide attack, 75 people were died and almost 250 injured at Sehwan Sharif shrine of Lal Shahbaz Qalandar in Sindh on 16th February, 2017 (Dawn, 17th February 2017).

I am asking a question from innocent Pakistani nation and very proud Pakistani military that do you think this doctrine of strategic depth is no more functioning and it is leading Pakistan now the trench of infinite destruction? Pakistan’s military always put the blame of terrorist attack on Afghan government, but the ground reality is that terrorist outlets operating from Afghanistan most of the time use the Pakistani Jihadi terrorists and terrorist outlets in Pakistan to target in Pakistani cities. So this is how Pakistan is destroying Pakistan now.

There is another feature of this doctrine. Pakistan military and other security agencies have developed the classification of good terrorists and bad terrorists historically and it is still practicing this double game or strategy in this manipulated game of terrorism. Pakistan military is doing operations against terrorists in FATA and Pakistan but accordingly its list of liking or disliking. In Afghanistan, Pakistan military always try to maintain strategic friendship with some terrorist outlets but problem is that old terrorist friends and partners of 1980s and 1990s are now enemies of Pakistan. Terrorists of Afghanistan and Pakistan are paid franchises now and anyone can hire their services and loyalty.

Afghan refugees are another gift of Pakistan’s strategic depth modus operandi. Pakistan is hosting almost 1.4 million registered Afghan refugees. Afghan refugees have been visiting Pakistan for three decades and they brought many conservative values in the Pakistani society. They are also involved in crime, smuggling and terrorist attacks in Pakistan and now a day refugees camps are safe heavens for terrorists of Afghanistan and FATA. All the Afghan refugees are not registered and they are a burden on struggling economy of Pakistan. “Pakistan officially hosts the third largest refugee population in the world after Jordan and Turkey, sheltering some 1.4 million registered Afghans and, according to estimates, up to a million more residing without documentation” (Express Tribune Pakistan, 5 Oct 2016).

Adviser to Pakistani PM on Foreign Affairs Sartaj Aziz once said that “Afghan refugee camps within Pakistan turned into safe havens for terrorists after the country’s armed forces destroyed the militants’ infrastructure in tribal areas” (Dawn, 21 June 2016). Doctrine of strategic depth was invented to save Pakistan but the ground realities in 2017 reveal that now this doctrine is destroying Pakistan. Pakistan military should close Afghan order from Chaman to Tor Khum and it should treat all terrorists equally. A comprehensive operation is direly needed against all terrorist outlets working in all provinces of Pakistan including FATA. When there will be no terrorist, terrorist outlet and Jihadi training camp in Pakistan, then it will difficult for Afghan terrorists organizations to access and target Pakistani cities. Lastly, Pakistan government should say goodbye to all Afghan refugees indiscriminately. Lets make Pakistan great again. Pakistan zinda bad.

The author is a Lecturer at the Department of Sociology Government College University Faisalabad, and can be contacted at sajidmahmoodsajid@gmail.co