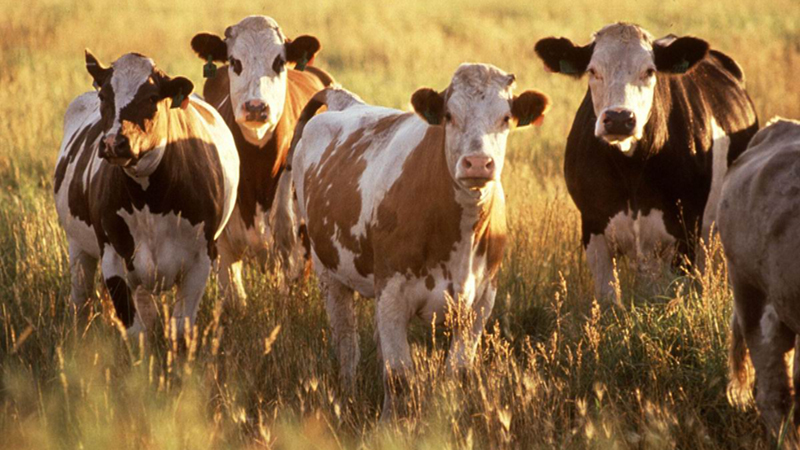 One morning I came out of my house, which is located at the edge of the village. It is more a shed made from clay with a thatched roof, which let’s in droplets of water when it rains. Sun was already baking the earth. All was as I had left it the night before except for one glaring difference. My goat was gone, nowhere to be found.

I lived in the village of X., situated about seventy kilometres from the city. Like any other village in Pakistan, villagers mostly subsisted on farming and herding cattle. Not only did land provide food for the farmers and their families, wheat, corn and rice were also sold in the marketplaces in the city; cattle provided them with milk, and was sold to slaughterhouses in the city, and in temporary marketplaces at the time of Eid-ul-Azha, referred to more commonly as Bakra Eid somewhat erroneously as cows, buffaloes, horses, sheep and camels too went under the sharp knife of tradition. All great things come from some kind of sacrifice, and the meat that was cooked on the occasion was certainly great, and great pollution was caused in the backyards across the country, unless you gave your animal to a slaughterhouse to do the work of killing, cutting and carving.

Bakra Eid was approaching fast and my only hope for buying the small patch of land that I had my eyes on was to sell my solitary goat in the city and use the proceeds, along with some savings. I did odd jobs for the more affluent and higher caste villagers, but my plan was to make the transition to farming; I would grow wheat and sell the crop at harvest and feed myself and my wife with it. In good time I would buy a new goat, drink its milk, and when the time is right sell it again and grow as a farmer. In other words this was my plan to abscond the caste I was born into, in which you did not farm and confined yourself to menial jobs for meager wages. This had already raised a few eyebrows, stiffened many lips, and set upon me the condescending gaze of numerous eyes when I went about my business.

It was only one week before the Bakra Eid, when my goat was vanished that morning, the air eerily still without its soothing bleats. I looked all around to no avail. I woke my wife and we set out to find her. We made bleating sounds trying to mimic our goat’s tone and cadence, as she was more likely to respond to that. For several hours we ran about in the fields and the forest, then in the village streets and reached the only possible conclusion that it had been stolen; she would never go anywhere on her own accord. She loved us and greeted us each morning with affectionate bleats and great joy, banging the earth with her front hooves.

It was not unheard of for cattle to be stolen before the Eid, but I suspected that the auspicious occasion was not the only motivation. Someone had sabotaged my plan to rise in society. But this was all speculation. I knew I had to go to the only place where justice was dispensed- no not the police station but the higher station of the house of the village elder and sage, who possessed wisdom in all matters, the mysterious mystic- Baba Gulabay.

At first light, the next morning, I was at his door. “Is his highness, the venerable lord, awake yet, or does he still reside in the mystical world of his mighty dreams?” I asked. The attendant, a large and imposing man, gazed down and surveyed my feeble figure, clad in tattered rags, from top to bottom and said with thunder in his voice, “what’s your business? Baba Gulabay does not have time for small stuff.” “Sir, it is a big matter for me. It’s my goat that I speak of. I woke up yesterday to find that it had disappeared, stolen. My wife and I looked everywhere and called for it in all corners but it has not responded. It is my dream to rise in society by acquiring a small piece of land. Sir, for this plan to come to fruition I needed to sell my goat,” said I. The man looked at me with disdain and said callously, “It is probably already on its way to the city in the back of a pickup truck along with a few others. Forget about your goat and get on with your life.” He proceeded to shut the door on me. “But, sir, I cannot forget about it. I raised it with great care and love. She is a splendid goat, sir. She listened carefully to everything I said and obeyed my commands. That goat is my path to freedom, sir.” At this the man contorted his face into a mocking smile and told me that Baba Gulabay still slept, and he would give him the message.

Disappointed, I turned away with heavy feet, determined to return later. Yet my soul was filled with dread, a foreboding feeling that Baba Gulabay would not have the time to deal with the trivial, the worthless pains of an ordinary villager like me. Not at a time like this when he worked tirelessly from morning till night for the bigger mission of fixing everything in the village. Once he attempted to fix a villager’s broken radio. Another time he fixed a sluggish ceiling fan, and it spun so fast and violently that it came unhinged from the ceiling, almost decapitating a villager’s wife. Baba Gulabay had been given wide ranging and unquestionable authority by the Chaudhary Sahib to cure the town of all ills, and not limit himself to his work of dispensing wisdom and prayers. You see, Chaudhary Sahib had to delegate duties, as he himself was busy with things that were bigger yet.

With his new found zeal and authority, the first thing Baba Gulabay did was to disband the police department. In a moment of divine clarity, he stood in front of the police station, and said, “These uniforms that are too tight for the conscripts… err, they do not fit, do not become and behoove the police of a great town and a splendid people. Police knows not how to do its job, they do not do their job. I will show the world. I will do what they can’t, I will clean up the streets of all ilks of crime and trash, I will fix our health center, I will make sure each villager has enough wheat and milk and meat, and they will learn from my example. I will fix the radios and televisions and together we will change the world.” That moment the villagers’ jaws dropped- a few flies flew in swiftly, giving some a coughing fit. One villager could not draw air. He fell to the ground and died instantly. Their eyes became misty and all the while Baba Gulabay looked at them with a delightful, expectant smile on his face, stretching from ear to ear, with shining bleary eyes. Suddenly the crowd broke into a rapturous, unison applause, suspecting that they had just heard something great.