AWP's candidates, if elected to the parliament, will strive hard to end the exploitation that plagues the Pakistani society

In spite of many numerous ‘ifs’ and ‘buts’, it seems that the election for the National Assembly and Provincial assemblies are indeed going to be held this month.

Many parties which had issued tempting election manifestos and made numerous promises in the previous elections are contesting these elections as well. Some of them had promised economic growth, while others promised to bring back the Islamic golden age, when Caliphs ruled the land. However, all of this proved to be hot air. Whatever excuses these parties offer now are of little value.

The previous federal government had a sizeable majority in Parliament. They could have promulgated any law in the constitution they deemed necessary for the development of Pakistan, yet they did no such thing.

Despite the rhetoric in the controlled media, all the economic indicators and the international assessment organisations point to the contrary. For example, Pakistan has recently been ranked 108 out of 113 countries regarding rule of law and citizens safety by the World Justice Project.It’s standing is only better than Afghanistan in this region.

Pakistan has also been placed on the Financial Action Task Force’s (FATF) grey list for financing terrorist organisations. This brings us even closer to total bankruptcy. The civil government as well as the establishment is equally responsible for this shoddy performance.

Most parties in Pakistan have progressive, humane manifestos, but they don’t pay heed to them once they’re elected. What makes AWP unique is that it has strong central committees in the provinces and an even stronger federal committee at the centre

In the 2013 elections, many young voters voted for the Pakistan Tehrik-e-Insaf (PTI) on the slogan of change (Tabdeeli). Imran Khan promised the people of Khyber Pakhtunkhwa (KP) improvements in policing and the district administration. He promised them the registration of all sorts of cases, criminal or civil and to make all the decisions on the basis of merit.

He promised the shortening of legal procedures and to make them transparent and accessible to the common man. He promised equality in quality of education and affordable and prompt healthcare down to the union-council level. He promised to change the infrastructure in KP to bring development to the rural areas, employment to the youth, building small hydraulic dams to produce cheap electricity and to promote industrialisation to safeguard the environment, and to plant one billion trees.

In the coalition government of KP, Jamaat ulIslami-Fazl (JUI-F) and Qaumi Watan Party (QWP) enjoyed different ministries and remained part of the provincial government. Despite having control over major ministries like finance, the party now denies they had any say in the past governments.

In the same way, other political partners of the PML-N like PkMAP and Awami National Party (ANP) also deny any involvement in the previous regime’s decisions. It is as if they expect that the masses will eventually forget everything, but it is unlikely that the country will ever forget how they have been exploited and made to suffer.

Honestly speaking, these political parties and the establishment behind them have lost their credibility. Now, it is time to bring new players to the field of politics to usher in an Awami Raj in the true sense. One such political party is the Awami Workers’ Party (AWP).

Why is AWP a better option than the other political parties? Firstly, the AWP has a manifesto which has outlined the problems of the working class society and the salient features of their remedies. One such step is the abolishment of feudalism. This will be done by introducing drastic land reforms.

Although the AWP envisages a classless society in the distant future, it suggests measures to promote the business environment in the present system in such a way as to establish indigenous growth of industry. This will minimise dependence on imported goods and avert bankruptcy.

Meanwhile, to safeguard the rights of the working class and to ensure the end of exploitation of the labour class, the labour policy shall be fully implemented. The contract-labour practice will be completely abolished and any worker who is employed continuously for 90 days shall be regularised, ultimately, the social security facilities will be implemented in true spirit. .

Secondly, the quality of education shall be ensured in government-run schools and the gap between the private and the public schools will be minimised. Access to quality education will be made available to the children of the working class. Qualification should be result-oriented and the teachers’ qualifications will be scrutinised.

Furthermore, provision of free and high quality healthcare will be the responsibility of the government. Private clinics will be discouraged to the maximum if run by the public sector employed doctors. The public sector transport for commuters will be revived and embezzlement in such departments will be curbed. Harsh punitive steps will be taken against theft of spare parts, fuel, etc.

The Judicial process shall be shortened and accelerated. Trials will take weeks, not months and years. Appeals to the higher courts must be limited and the use of ‘remand’ will be minimised.

The police will be administered in such away that they will be made true servants and saviours of the people. Laws will be applied across the board and their selective and nepotistic application by the officers will be considered breach of law and punished. Bribe in the police department will be eliminated and severe punishment is to be awarded to the culprits. All records will be maintained electronically and shared with the public online. It will be ensured that all promotions were made on merit.

Devolution plan for the empowerment of the provincial governments will continue and its practical application will be made possible. Provinces should have effective control on their resources and the provincial assemblies should have authority to frame laws regarding their natural resources. Pakistan should be a federation in the true sense.

Laws should be framed by the national parliament to safeguard and protect the environment. All projects and developments activities should be subject to the green signal from the environment department. Habitats of the endangered species must not be disturbed. Heavy fines should be levied on poaching and hunting.

The previous federal government had a sizeable majority in Parliament. They could have promulgated any law in the constitution they deemed necessary for the development of Pakistan, yet they did no such thing

Most of the political parties in Pakistan have progressive and humane manifestos, but they don’t pay any heed to them once they are elected to the parliament. The difference between such parties and Awami Workers’ Party is that it has strong central committees in the provinces and an even stronger federal committee in the centre.

The clear difference between our leadership and others is that none of our leaders come from upper classes. All of them belong to the working class and a few from middle class. They have a long history of political struggle for the betterment of the working classes. We have always condemned imperialism.

AWP’s candidates, if elected to the parliament, will strive hard to ensure that exploitation of man by man is abolished which is enshrined in the Constitution of Pakistan, 1973 as Article No 3. Though the party does not exclusively rely on elections to bring true change  in this flawed system, yet we will avail this political opportunity to address the needs of the people of Pakistan. 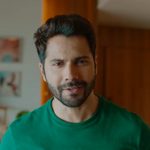 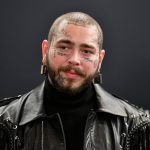 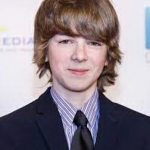 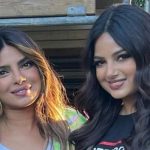 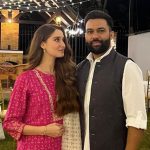