Out of order ACs at Pakistan Monument Museum the least of CDA’s concerns?

* Visitors have been complaining to the authorities concerned against this serious issue as the museum is setup in a congested building, which also lacks proper ventilation 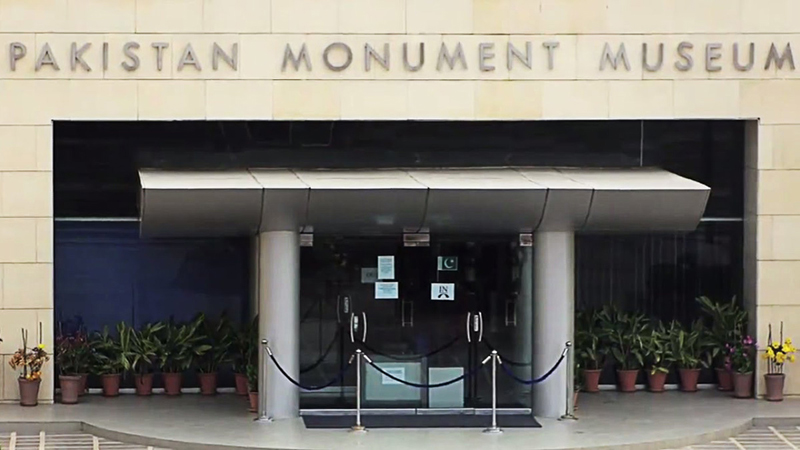 Owing to extreme negligence of authorities concerned, Air Conditioners (ACs) in Pakistan Monument Museum (PMM)Islamabad remained dysfunctional for the last several weeks, vexed the visitors over there in sweltering summer.

According to the sources in PMM, the issue occurred due to technical fault in the AC plant installed in the museum several weeks ago, but so far, the museum authorities are unmoved to get the problem fixed.

Visitors have been complaining to the authorities concerned against this serious issue as the museum is setup in congested buildings, which also lack proper ventilation.

A visitor, Muddasar Buzdar Baloch said that he went there to learn about the historical place, but was disappointed after entering the museum hall because of high temperature over there.

“The environment of the PMM is excellent to learn about the culture and history, but non-availability of ACs puts visitors in trouble,” Muddasar Buzdar Baloch said adding that the authorities should make immediate arrangements to mend this issue.

Besides this, Baloch complained, the overall electricity system was also very poor while the museum hall also had no proper ventilation.

Another visitor, Muhammad Jamil, while talking exclusively to Daily Times, said that the museum authority is earning millions of rupees per month from the selling of tickets to tourists but in return provide no facility.

“The visit itself was a wonderful experience but when we entered the museum, we were really disappointed to see the temperature was so high inside,” said another complainant Adnan Tariq who was visiting with his family.

Even in the museum’s feedback book, the visitors have been complaining of the issue.

The museum houses some furniture from the Quaid-e-Azam House, with exclusive pictures of him and Fatima Jinnah.

This museum was built during the 1980s and is located in heart of Shakarparian near Zero Point in the centre of the city. It has different kinds of galleries including a Sufism Gallery, which has pictures of prominent Sufis of the sub-continent. It is under administrative control of Lok Virsa Museum & Ministry of Information, Broadcasting & National Heritage.

When contacted, the museum in-charge Muhammad Munsif Dar admitted the absence of of ACs. “Actually this building is owned by THE Capital Development Authority (CDA) and they are supposed to provide utility services to us including repair work on ACs. We could only submit a request to the relevant officers of CDA but can’t resolve the problem on our own,” he said and added that he had taken up the issue with CDA and was also pursuing it for the last many days, but so far, the CDA officials have failed to resolve the issue.