Over half of the inmates are under trial, Ombudsman’s report shows 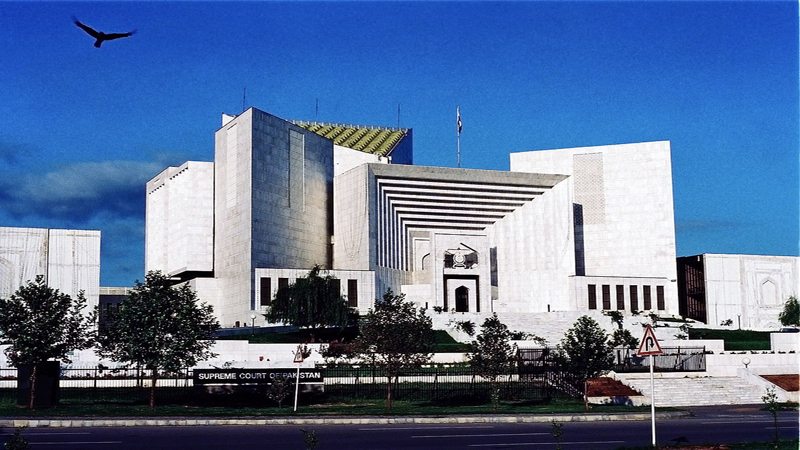 ISLAMABAD: The Supreme Court on Tuesday directed the attorney general and the advocate generals of all the provinces to respond to the Ombudsman’s report on the condition of prisoners in the country’s jails.

Hearing the suo motu case on the condition of jails in Pakistan, the three-member bench comprising Chief Justice Mian Saqib Nisar, Justice Umar Ata Bandial and Justice Ijazul Ahsan have summoned the interior secretary, home secretaries and the inspector general (prisons) of all the provinces.

During the proceedings, Hafiz Ahsan Khokhar submitted a report on behalf of the federal Ombudsman. According to the report, there are 98 jails in Pakistan where the sanctioned strength of prisoners is 56,353. However, these facilities are housing 81, 843 prisoners at the moment. Of these, the number of convicts is 25,195, under-trial prisoners 48,780, women prisoners 1,955, juvenile prisoners 1,225 and condemned prisoners 4,688.

In Balochistan, the number of jails is 11, five central and six district jails. The sanctioned strength is 2,585, while the actual is 2,158 (convicts 937, under trial prisoners 1,126, women prisoners 20, juvenile prisoners 50, condemned prisoners 58).

The Ombudsperson’s report has recommended that provincial governments should be directed to constitute and notify oversight committees for jails, headed by the district and sessions judge. The committee members should be authorised to inspect jails at any time, without prior notices, the report said.

It suggested that the provincial Ombudsperson should facilitate and monitor the working of oversight committees, adding that the Law and Justice Commission, along with advocate generals and provincial ombudsperson, should review and submit proposals for significant expansion of probation/parole facilities to reduce pressure on accommodation facilities in jails.

Further, the report said the provincial governments should build jails in every district headquarter, and the federal government in Islamabad. Prisoners with drug addictions and mental disabilities should be housed in drug clinics and asylums, and provided with medical treatment, the report suggested.

“The family members of prisoners, particularly women and children in jails, should have the right to visit them in jail once a week on pre-notified days. The provincial governments should ensure that there are proper facilities in visitor’s rooms,” the report said, adding transportation and escorting facilities for prisoners to the premises of courts should be revised and updated.

It said, as a moral duty, the Higher Education Commission of Pakistan should ensure affiliation of every jail with the nearby university or a major educational institution for provision of free education and technical training to prisoners, particularly women and children.

The report suggested that the provincial governments should computerise data of all accused as well as under trial prisoners, particularly women and children and update it on a daily basis, and ensure biometric verification by National Database and Registration Authority (Nadra).

The committee set up by the Federal Ombudsman is providing assistance to the prisoners with the help of philanthropists. The report suggested that such committees may be encouraged by the prison administrations, and allowed to ensure that the assistance in kind or cash is personally delivered to prisoners by donors or committees.