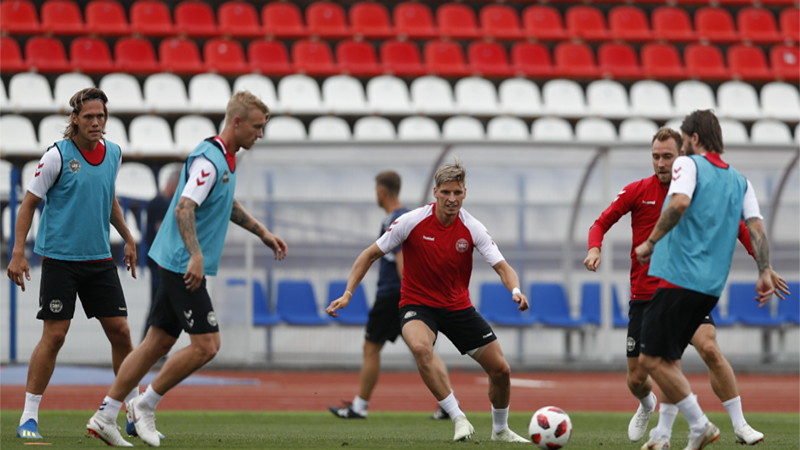 NIZHNY NOVGOROD: Croatia go into Sunday’s (today) last 16 match against Denmark with a 100 percent record at this World Cup but the Danes are vowing to shake off their dull image and cause a surprise. At stake in the match at the Nizhny Novgorod Stadium, the same venue where the Croats thumped Argentina 3-0 in the group stage, is a quarter-final against former world champions Spain or tournament hosts Russia. Captained by experienced playmaker Luka Modric, Croatia also beat Nigeria and Iceland to top Group D and are now dreaming of going one better than their performance at the 1998 tournament where they reached the semi-finals. “I was nine-years-old. I remember my mum screaming in the house when we scored,” said defender Dejan Lovren, recalling Croatia’s 2-1 win over the Netherlands in 1998 that secured third place. “We can beat that, definitely, but we need luck. We have a good opponent in the next round, it will be difficult.”

In addition to scoring a superb long-range strike against Argentina, Modric has been outstanding in Russia, as has fellow midfielder Ivan Rakitic. But the ‘old guard’ has been complemented by a younger generation – such as Ante Rebic, Mateo Kovacic and Marcelo Brozovic – who all play in Europe’s top leagues. The Danes, meanwhile, are happy to continue flying under the radar despite being on a 17-match unbeaten run. Having scored just two goals in navigating their way out of Group C as runners-up, the Danes expect to open up on Sunday. They too are seeking to match their 1998 achievement when they reached the quarter-finals before being beaten by Brazil in what was their best World Cup showing.

Denmark coach Age Hareide has promised a more entertaining, attacking style against Croatia after their own fans jeered them in a bore draw against France. For that creative energy, he will rely heavily on key player Christian Eriksen. “We know that we don’t seem like the most fearsome bunch to go up against,” said midfielder Thomas Delaney. “We’re not going to lose 5-0 by trying to play tiki-taka football. But people shouldn’t get used to seeing us play like we did against France. It’s seldom that we play like this, and the game against Croatia will be a very different spectacle.”