Spurious drugs – a menace by and large

Unfortunately, the menace of spurious drugs in Pakistan seems to be growing at an alarming rate owing to lax state control over illicit production and sale of fake medicines across the country. 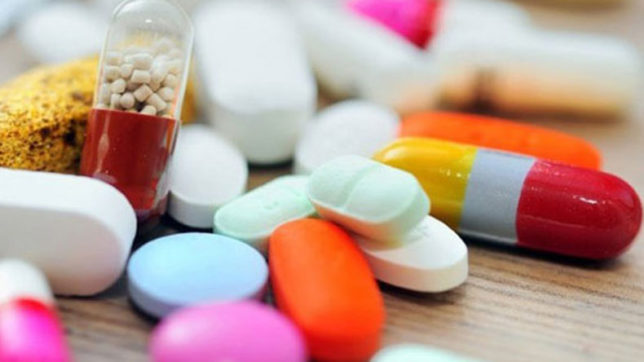 Non-communicable diseases (NCDs) are generally defined as a group of slowly-progressive diseases that cannot be passed from one person to another and last longer. In terms of both their short and long-term effects, NCDs are equally dangerous as communicable diseases and cause millions of deaths every year across the world. The most common examples of NCDs are diabetes, heart disease, obesity, respiratory diseases, cancer, cataracts, chronic kidney, lung diseases and many others.

As per global statistics, around 2000 persons die every day because of NCDs, which makes them the leading threat to human health worldwide. In Pakistan, the current state of non-communicable diseases is becoming increasingly worrisome as over 52 percent males and 53 percent females under the age of 70 die of NCDs every year in the country.

Overall, the state of NCDs in low and middle-income countries is more alarming compared to economically developed nations. The latest information in this regard from the World Health Organisation (WHO) reveals that nearly 28 million people in low-middle income countries (LMICs) die from NCDs every year.

According to the WHO, LMICs represent nearly 75 percent of global deaths from NCDs and the rate is growing at a frightening pace. To make things worse, people in low-middle income countries do not have regular access to essential medicines and other medical products that are required to treat both communicable and non-communicable diseases.

Pakistan is a low-middle income country and it has been faring poorly in terms of providing access to NCDs treatment as most people in the country belong to low-income groups and have limited financial resources. This inhibits their ability to continue NCD medication for a long period. Owing to their limited affordability to access essential medicines, the majority of NCD patients in the country tend to delay or skip treatment because of the high medication cost.

In addition to that, the wide availability of fake drugs is another major issue that restricts people’s ability to access quality medicines, let alone their affordability. Unfortunately, the menace of spurious drugs in Pakistan seems to be growing at an alarming rate owing to lax state control over illicit production and sale of fake medicines across the country. The country’s flawed and outdated drug control policy further exacerbates the problem.

For instance, on an average, it takes a 3 to 5 year period to approve the sale of a new medicine in Pakistan in comparison with European and North American countries where a nearly 8 to 10-year period is normally required to get approval for the same medicine. The delay in approval is for a reason.

Drug regulatory authorities in these countries carry out stringent, time-consuming quality checks before granting the licence to a new drug. However, additional time is taken in Pakistan to approve already internationally approved medicines. In contrast, because of the unavailability of genuine medicines in the local market, people in Pakistan are left with no other option but to import such medicines at global market prices. This leave patients belonging to middle income group with a big dent in their wallets, and patients belonging to lower income groups cannot even think of importing these medicines.

The Government of Pakistan in the 2018-19 fiscal budget announced exemption of duty on the import of cancer drugs, which is no doubt a good move and will help improve access to essential cancer care. However, there is a lot more required to improve the overall situation in terms of availability of quality and affordable NCD drugs across the country.

Access Programme, a global initiative of the Swiss-based pharmaceutical company, has emerged as a leading example of providing the highest quality medicines at much lower prices. Offering a portfolio of patent medicines at a negligible price of USD 1 per treatment per month, the programme focuses on affordability and availability of some 15 most commonly prescribed medicines, which are used in the treatment of such common NCDs as diabetes, breast cancer, respiratory and cardiovascular diseases.

Launched in Pakistan, the initiative aims to give each and every person in the country the same quality of medicines which are being consumed all over the world. In this regard, the pharmaceutical company has recently signed a memorandum of understanding with the Punjab and federal governments to improve access to its subsidised essential medicines across the country. The initiative is an exemplary move and will have a lasting impact for hundreds of thousands of patients in the country suffering from non-communicable diseases.

There is also a need to bring in much-needed reforms to unlock the potential of the country’s pharmaceutical sector by leveraging it with a considerably relaxed drug-regulatory environment. This is urgently needed to help Pakistan emerge as an investment-friendly country as its pharmaceutical industry is far behind in terms of exports because of poor drug regulations as well as an uncompromising attitude of the Drug Regulatory Authority (DRAP).

Internationally, much attention is being paid to addressing NCD-related issues owing to their higher prevalence as well as significant economic and social costs. Considering the fact that NCDs affect millions of lives every year, it requires a joint effort by the government and the pharmaceutical industry to address the issue through a long-term policy. Through initiatives such as ‘Access Program’, other pharmaceutical companies will also be encouraged to come forward to support the initiatives of the Pakistan government aimed at improving public access to essential medicines.