The notion of harassment has been gaining popularity after the active use of social media by all and sundry. In the past, people used to passively receive information and did not contribute to it in any way or manner. It can be said that audiences of the past were passive receivers. With the advent of media literacy, people are now voicing their opinions and actively taking part in social issues.

Recently, the case of a Chinese girl reportedly harassed by one of her teachers outraged people on social media. Allegedly, the teacher tried to hug and kiss her, which led her to succumb to depression. The 19-year-old student, surnamed Li, jumped from an eight-storey building in Qingyang to save herself from the ongoing quest of depression. 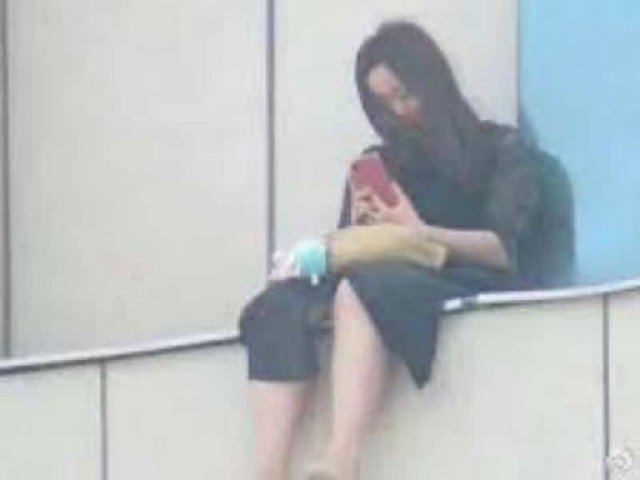 The videos of her suicide were leaked on social media, which depicted social decay in the most refined manner. People all over social media, with anguish in their hearts, are now raising their voice against the cold behavior of the people who witnessed the incident.

In the videos, the passersby were seen mocking the girl and saying, “How come you haven’t jumped yet?”

The videos also showed the rescue team putting in all their efforts to save Li, and the passersby, for no good reason, heckling her.

The rescuers shouted; whereas, the pedestrians applauded as the girl jumped off the building. This has been clear proof of the fact that people do not have the slightest of humanity left in their hearts anymore. How on earth can anybody, simply, applaud when the corpse of a young girl is lying right in front of you?

Social media has been in a frenzy, talking about the insensitivity of society.

A user commented, “How cold is the society that people will ask her to jump?”

“The sound of the rescue worker’s heart being torn reflects the evil of humanity,” another person said.

Li’s parents confirmed one of the newspapers that their daughter was depressed because of her teacher’s sexual advancements towards her around the month of September, last year.  They also shared that Li was suffering from post-traumatic stress, and ventured multiple suicide attempts.

Formerly, Chinese schools have been prosecuted for sexual harassment cases quite a lot of times; however, it is reported that a lot of schools have pressurised students to not raise voice against harassment.

Li’s parents were offered $53,564 as compensation from the school, but they refused the money because they did not want to withdraw the complaint.

“We could not sign that humiliating agreement,” the newspaper quoted Li’s parents.

Even though the compensation had been arranged, and the teacher was disciplined by the Qingyang education bureau, it is not worth their loss. This won’t help Li’s parents get over her tragic death.

This tragedy is yet another lesson for all of us. We need to understand that depression is deeper, and more evil, than it appears to be. It gradually makes you weaker and ultimately kills you from the inside.

It is high time we should start taking the notion of depression and harassment seriously. We need to have strict rules in educational institutes, and counseling sessions should be promoted. Not only this, but people should also be taught about the importance of humanity, and they should be provided with constant subliminal food for thought, to help get rid of social decay.