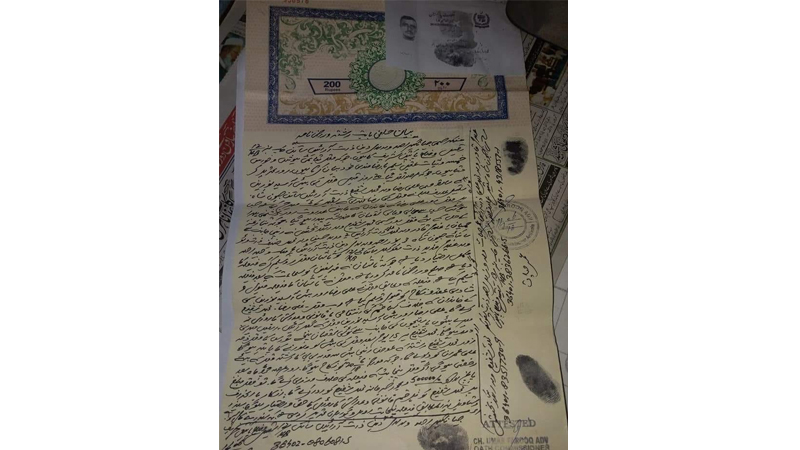 Rangshah police have registered an FIR against members of a panchayat for declaring a six-year-old girl as vani and ordering her marriage with the brother of a girl who has married the child’s brother out of freewill.

However, the police have sealed the FIR and there have yet been no arrests in the matter. Meanwhile, the affected family have left the town, fearing for their lives as well as to prevent the vani marriage of the child. Speaking to Daily Times on phone from an undisclosed location, the father of the six-year-old, Muhammad Shafi, said that his son Ali Raza and Azra Noreen, had tied the knot in a court a few weeks ago against the wishes of the girl’s father, Chaudhry Jahangir, who is an influential landlord in Shafi’s native town. Afterwards, he said, Chaudhry Jahangir threatened to kill Raza. Eventually, Shafi and Jahangir agreed to call a panchayat comprising Ghulam Qadir, Mureed Hussain, Noor Ahmad and Malik Waheed, notables of the area. The panchayat met on June 14 and declared the child vani. A copy of the order is available with Daily Times.

Shafi said that he was forced to sign the stamp paper with the panchayat directive written on it. Subsequently, he added, he decided to leave the town to prevnet the marriage and to protect himself and his family since the police were also not keen on proceeding against the culprits, despite having registered the FIR. He said that he had learnt from his wellwishers back in the town that his home and his farm land had been illegally possessed by Jahangir’s men, who were on the hunt for the family. He appealed to the Interim Chief Minister, the Inspector General of Punjab Police and the Chief Justice of the Lahore High Court (LHC) to provide protection to him and his family and to ensure action against men who declared his daughter as vani. “They want to kill my son and his wife as well,” he said, before ending the telephone call.

When contacted, Rangshah station house officer (SHO) Maqbool Ahmad said an FIR had been registered but it was sealed ‘on directives from above’. He refused to share details of the FIR like sections of the penal code under which the case was lodged and names of those nominated.