Opposite genders and the case of the ‘condescending’ opinions

We have opinions, because we have feelings 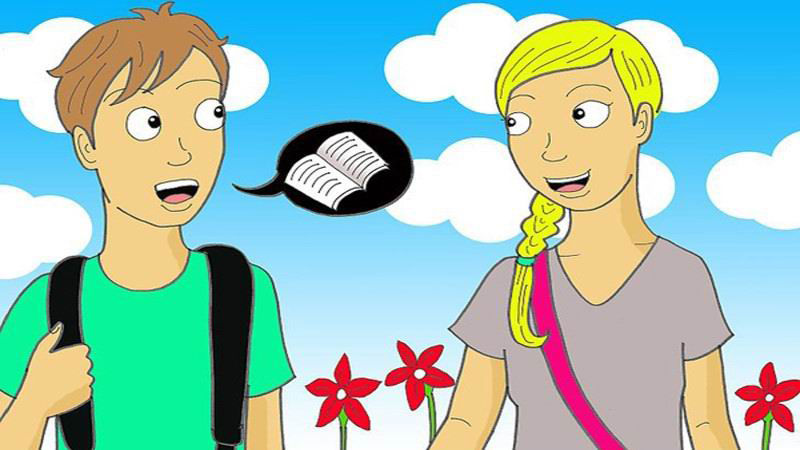 Walter Bradford Cannon penned the first stage of the general adaptation syndrome that regulates stress responses among animals and other organised forms of entities: the “fight-or-flight” response, he called it.

This psychological reaction occurs in response to a perceived harmful event or threat to survival. For the purposes of my fairly rational evaluation, let’s take on the assumption that men (the opposite gender) discern some kind of hazardous namesake, owing to the freedom of mind of a woman.

Woman who sport opinions, carry independent thoughts, a bold sense of humour, effervescent ideas, and working vocal chords, can’t actually quite wrap their brains around the idea of being held perspective hostage within the cellulite of themselves. Even still, society has always had such a relentless hatred directed towards women with opinions.

The thing about opinionated girls is that while we are sensitive, we are not scared enough of you. Perhaps, a lifetime of seeing other women being cat-called ‘egotistical’ for simply owning their strengths has subconsciously made, us, women feel that we can shy away from owning up to the fierceness in our voice

The reason for this, as I have discovered, may partially be the inability of most men to empathise with others. It’s more difficult for most men to empathise than it is, on the other hand, for women. In his book, The Science of Evil: On Empathy and the Origins of Cruelty, Simon Baron-Cohen says, “When our empathy is switched off, we are solely in the ‘I’ mode. In such a state, we relate only to things or to people as if they were just things.”

Cohen also says, “The female brain is predominantly hard-wired for empathy. The male brain is predominantly hard-wired for understanding and building systems.” Obviously, this explains the frustration many women feel when they share their spells of hurt and pain with a man. He immediately locks into problem-solving mode before he has taken the time to listen carefully to her. When she talks to a female friend, however, she may get a lot more empathy, but much less help with problem-solving.

Nevertheless, my question: what is the massive, pressing threat of a female that comes with her own mind?

Somehow, I have come to the conclusion, that people think just because we obtain the confidence to vocalise our thoughts and ideas, we must be draped in an invisible cloak of bitter cold-hearted emptiness.

No, the weight of my voice does not link my self-expressiveness with an impenetrable gaffe of self-assuredness.

I’m a multidimensional, fully realised, ably-grown individual just like everyone else residing in the spheres of this beautiful planet. I sport, both, insecurities as well as confidence, and they run side by side; one is definitely not exclusive of the other.

You seem to think I, in particular, am outspoken, because I don’t feel? On the contrary, a sweet-tempered, crazy, wild, bold, unpredictable girl such as myself, with a temperamental disposition, like most gender-opposites, has opinions because I, just, did not come with a mouth that is filter-free.

We have opinions, because we have feelings.

We are triggered with an emotional response to what we feel is WRONG, and if we express an opinion and you tell us it is wrong, while not initially taking the opinion to be of much value, noticeably dismissing it, all the while subtly belittling us, then that is called being ‘condescending’.

It truly doesn’t bare much of a question or evaluation. Often times when one feels they’re being condescended to, they were or are.

If you’re seeking nothing more than a pleasant face and ‘chill personality’ that agrees with your peace, our default emotional state does not allow us to keep mum on a matter. If you do something we disagree with, or behave in a fashion that creates conflict or activates heated and prejudiced discussion, our opinion just does not absentmindedly sift into thin air. We came into this world to make a difference, despite the likes of how most of you may think otherwise, but it is, fundamentally, true. We didn’t come here looking for a fight.

If you think the girl who can’t help but react is less sensitive than the girl who is able to ever so easily, peacefully bite her tongue and hide behind a bush through some kind of blatant, downright misdemeanours, it speaks of the outright lack of respect on your part.

(In order to set foot in, by comparison, think of how you’d react if a ‘highly respectable person’ were to express the same opinion).

The thing about opinionated girls is that while we are sensitive, we are not scared enough of you. Perhaps, a lifetime of seeing other women being cat-called “egotistical” for simply owning their strengths has subconsciously made, us, women feel that we can shy away from owning up to the fierceness in our voice.

How many harrowing ‘sorries’ does it take for us to give you before we paralyse ourselves into a death-sentenced silence?

It’s funny because we thought that education meant learning through asking questions about what it is that we didn’t understand. If you’re going to so boldly dish out our constructive criticisms down the drain, granted we’re not given ‘permission’ to respond to you, as you repeatedly lecture us on your impassioned theories and long, one-standing views of how the world should function, how come you can’t take it when it’s served back to you?

After searching for reasons behind the incessant hate I have always received from the opposite gender, I have come to understand that hate is a ‘surface emotion’. There’s something bigger that lingers behind the veil of hatred, and that is fear.

Do you simply get afraid of, or stay silent at, what you can’t manipulate?