Hund — a village in KP where locals beat the heat 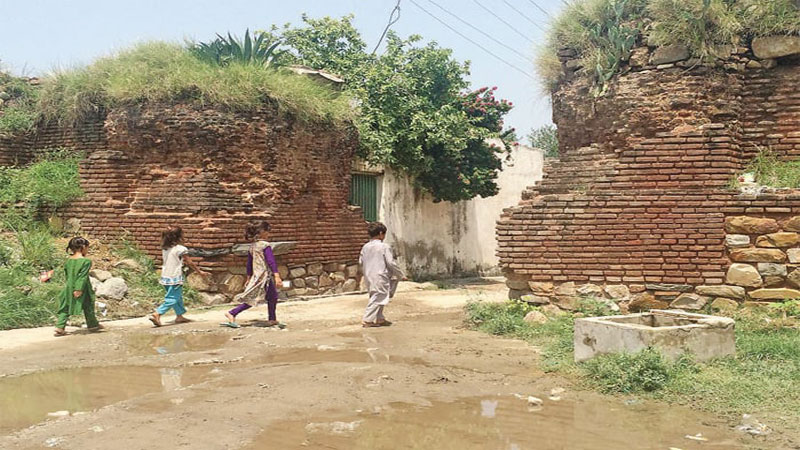 Hund, a small village comprising approximately 80 households, is situated on the bank of Indus River Abbasen, about half way between Attock and Tarbela Dam. It is also among one of the important sites of Gandhara ruins in Khyber Pakhtunkhwa (KP) situated on the outskirts of Swabi. Like many other sites in KP, it is one of the attractive picnic spots where locals enjoy their summers.

To revive its lost fame and glory, the government had taken numerous steps in the past to turn the place into a tourist attraction site, but a lot more needs to be done. Problems such as broken roads and lack of proper management during peak days are a hurdle in the site becoming a known tourist spot.

However, every summer, the spot is still worth visiting and is visited by thousands of the visitors to enjoy their picnics. The chilling water of the river bank is perfect to beat the heat.

The actual name of Hund is Udabhandapura. Alexander came here in 327BC as he crossed the River Indus in Hund when one of his generals prepared a boat bridge. Famous Chinese pilgrim Hiuen Tsang passed through this area in 644AD, while the place is the third capital of the Hindu Shahi dynasty after Peshawar and Charsadda. The Mongol invader Changez Khan (Genghis Khan) also followed Khwarzim Shah up to Hund, before the prince jumped into the Indus River on his way to India.