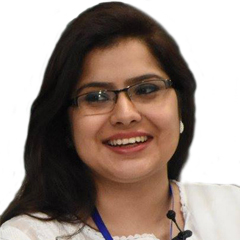 Khadija and the miscarriage of justice

The Bar Association's demand to regulate suo motu notices, and to clearly determine the scope of its powers may be legitimate, but it's timing in a case like Khadija's is what makes it a contentious issue

On June 4, 2018, the Lahore High Court gave a judgment that shocked people around the world. The accused Shah Hussain secured his acquittal, much to the dismay and shock of the legal community, Khadija’s supporters and activists. Khadija Siddiqi, a young law student who was brutally stabbed multiple times in broad day light by the accused in this case, Hussain. When the judgement was announced, her fight for justice and the subsequent problems she faced seemed far from over, and the public uproar that followed the judgment in her case prompted the Supreme Court (SC) of Pakistan to take suo motu notice of the matter.

While the Bar Association’s demand to regulate suo motu and to clearly determine the scope of its powers may be legitimate, it’s timing in a case like Khadija’s is what makes it a contentious issue. Her case was one marred by layers of complexities and, highlights the many fallacies of our criminal justice system. The external pressures and unwarranted campaigns from both sides, as well as the inherent misogyny that reeks from the now visible cracks of administering an outdated system with an

anachronistic mind-frame, does raise a lot of questions regarding the alleged and insistent ‘neutrality’ of those calling for its reform.

The practice of giving the benefit of doubt to the accused, in light of the deficiencies in the initial investigations, FIRs, trauma of the victim, their fear of being up against a system that is hostile and insensitive to their plight and is additionally costly and fraught with delays should be amended or at least revaluated. The big question that arises then is whether this system is designed to uphold the sanctity of life and human rights, or whether all of these aspects are actually contributing, not just to the plight of the victims, but also inadvertently facilitating the culprits as well who use the system to their advantage.

An effective criminal justice system is one that ensures that the victims are provided with not only the monetary compensation they are owed, but also the security that they need. A system that ensures that no innocent person is convicted, but that the guilty are not free to walk away either. Until this balance is achieved, Pakistan’s criminal justice system can hardly be said to be objective in a way that ensures access to justice for all, regardless of their background or standing in society.

DNA tests were not admissible as evidence either, and this omission can obviously have a detrimental effect on the case’s outcome

As a consistent supporter of Khadija, and as the founder of the ‘women in law’ initiative, I have on numerous occasions been asked to comment on Shah Hussain’s acquittal on the grounds of lack of conclusive evidence against the accused. They cast doubt on the testimony of the victim and her witnesses, particularly her younger sister and her driver who were accused of being impartial, and highlighted the delayed recovery of the weapon, as well as the discrepancies in the description of the helmet worn by the attacker. This was despite the fact that the investigating officer failed to secure important evidence, like the victim’s bloodstained clothes, as well as the blood splattered upholstery of her car, which could have been used to establish the attacker’s identity.

Interestingly, the honourable judge thought that it was somehow pertinent to highlight the existence of a prior letter written by the victim to the accused, purporting to accept what seemed like a marriage proposal, as well as stating that “it is not a universal rule that each and every word coming from the mouth of the injured person is the truth”. According to the judgement, the honourable judge was forced to doubt the star witness because even though she was able to answer medical and mundane questions like her name following the attack, she was unable to name the accused for the FIR. It led Justice Naeem to even doubt the occurrence of the incident itself, saying that the “attack may have taken place, but not in the manner as described by the eye witnesses”.

Additionally, DNA tests were not admissible as evidence either, and the omission of such a crucial piece of the puzzle can obviously have a detrimental effect on the outcome of this case. If there is anything that this whole affair teaches us, it is that there is a dire need for proficient training for the police or investigative officers who are responsible for the initial investigations, as time is of the essence when it comes to such complex cases. The victims or their families are usually too traumatized in the moments after the incident to properly recall the exact circumstances surrounding the situation and in most cases, they might not even be aware of the legal or social ramifications that they face in the future.

All crimes are ultimately committed against the state and as such, it is their responsibility to bring the accused to justice. The only way to achieve this in a timely fashion is by conducting a comprehensive investigation into the crime that has been committed, and by collecting and analysing all related evidence in a court of law, overseen by an impartial judge or jury. However, this rarely ever happens, and we desperately require legislation for police and criminal justice system reforms that are in line with modern and global sensibilities.

In conclusion, to those who seek to know my views about the case, I say that, like with many other criminal cases, we yet again see evidence of incompetence in the conduct of the investigating officers in charge, as well as the judgement passed down by the LHC. In fact, the verdict of the courts highlight the greater issues that plague our justice system, including misogyny and victim blaming, which was clearly evident in Khadija’s case as well, with the judgement focusing more on her character than the crime committed against her. Hopefully, the SC can offer us, and the victims of such crimes, the recompense they deserve, and finally give justice to the marginalized members of our society, particularly women.

The writer is the Chairperson of LHCBA Committee on Gender Equality and Diversity and the founder of ‘Women in Law Initiative Pakistan’. She tweets @NidaUsmanCh