Stolen votes in a system made by thieves

Such is the state of our voting system. Free, fair and transparent elections - the preface of democracy - don't only need some uniformed officers but a deep reformation.

Whenever I try to discuss the electoral unrests in Pakistan, I am reminded of a mind-jolting, curious and lamentable memory of an inhuman incident that occurred in interior Sindh a few years ago.

A despotic female member of the provincial assembly (MPA), accompanied by the station house officer (SHO), was repeatedly slapping two female presiding officers(PO) Aapa Habiba and Shagufta Memon. The hall was full of female voters but not one of them stopped the brutal MPA; the SHO also failed to save the presiding officers despite it being his first duty. The MPA departed easily after abusing the polling staff.

I tear up whenever I think about the two weeping officers and my blood boils when I remember they were senior schoolteachers, playing a constructive and reformative role for our society. Why didn’t anyone, especially the SHO, defend the poor officers?

We often find pictures of officials on duty during elections, keeping things in check. From the rangers to the police patrol, all are ready to foil any attempts to soil the polling process. However, what goes on inside a polling station is different from what happens outside it.

The stamp booth, which is normally located at a corner of the voting hall, is not always as private as it should be. Unfortunately, sometimes in rural areas, the stamp desk is moved to not-so-private areas of the hall. In some places, it can be in the centre of the room, giving external people an opportunity to see who is being voted for. What follows is a situation where anyone can be easily approached by agent mafia and polling agents; people can be ‘persuaded’ to vote for a particular person with great ease. The polling staff is unable to protect people and their votes.

In some cases, a polling station subagent will stand in the corridor of the station and negotiate with voters to collect their ballet papers in their hand. This agent will then confirm that the votes have been cast ‘correctly’ before they are placed into the ballot box.

At some polling stations, it has even been witnessed that an atmosphere is created where voters are made to feel like a specific party has a great amount of influence or power at the station. Some ruffians, mobsters and malefactors are allowed to wander the station so that voters feel threatened. They even beat up innocent citizens or opponents to sustain the threat. Law enforcement institutions don’t take it as a serious matter and let the rioters get their way. Moreover, in some cases it has been seen that bribes and emotional blackmail are also voted to collect votes.

Members of the Zakaat Committee – who at times are not selected on simple merit – have been known to manipulate people that Zakaat had been allocated to.

Such is the state of our voting system. Free, fair and transparent elections- the preface of democracy- don’t only need some uniformed officers but a deep reformation.

For true democracy, our votes need to mean a lot more. The institutions concerned need to do more to win voters’ trust. Voters should not be manipulated based on the benefits that they have received, or through threats.

Authorities concerned need to devise strategies to fix this issue. A security system must be devised to ensure that this mafia is kept out of the polling stations. Threatening elements and persons should be immediately locked up, and no one voter should feel anyone’s influence when putting the stamp where it belongs.

The writer is an freelance columnist and can be reached at abdulquddusraja999@gmail.com 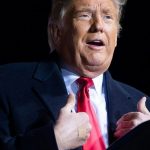