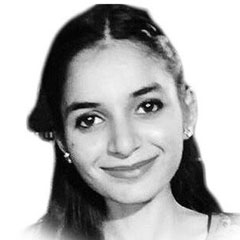 The Middle Eastern problem and the West’s pursuit of power

The measures taken by the UN and different associations to settle the crisis have missed the mark. The situation worsened when Saudi Arabia stifled Yemen further by forcing a blockade

The continuous forceful and fierce mission for power and strength in the Middle East between two provincial opponents, i.e. Saudi Arabia and Iran, has rendered peace and security no more than an idealistic thought.

What’s more, the constant interference of foreign powers – apparently to battle oppression and fanaticism -only makes things worse. This interference has apparently brought forth more recalcitrant issues than answers for the current crisis.

The Yemen crisis, called “the biggest humanitarian crisis,” by the UN, can possibly influence the whole region. The disturbing reality is that the defective approach and astigmatism of policymakers, and the nauseating aloofness and inaction of human rights associations, continue as before.

The unpredictable air strikes by the Saudi-driven coalition, supported by the US and UK, has severely influenced Yemenites. With a huge number of individuals slaughtered, and financial institutions routinely attacked, the war-attacked nation is currently confronting starvation – and there seems to be no end in sight.

The measures taken by the UN and different associations to settle the crisis have missed the mark. The situation worsened when Saudi Arabia stifled Yemen further by forcing a blockade.

The following war of words and habitual pettiness between Iran and Saudi Arabia has pushed the region into mayhem. The extended Saudi-Iran contention and intermediary war, fuelled by outside forces, can overwhelm even generally stable nations. For example, the emergency in Lebanon after the sudden and obviously constrained renunciation of Prime Minister Saad al-Hariri can transform Lebanon into yet another battlefield between Iran, Saudi Arabia and Israel and so forth – if significant partners don’t patch their ways.

Despite the unpredictable air strikes and atrocities executed by the Saudi-driven coalition in Yemen, different states, including the US, Russia and UK, keep on giving weapons to Saudi Arabia

It is important to note that major worldwide forces are complicit in making the current situation as bad as it is, and has nullified even endeavours of standardisation by the UN. For example, the clear complicity of states like the US and UK as demonstrated by Human Rights Watch (HRW) in its report Yemen Events 2016 is disturbing without a doubt.

In spite of unpredictable air strikes and monstrosities executed by the Saudi-driven coalition in Yemen, different states, including the US, Russia and UK, keep on giving weapons to Saudi Arabia.

To reiterate, since the 2011,the Arab uprising has been happening in one nation after another in the Middle East and North Africa (MENA) region, which has seen destabilisation and demolition. The underlying elation that this indigenous uprising against oppressive and dictator administrations introduced a time of more prominent liberation from the grip of tyrant administrations. However, this uprising was fleeting.

The ensuing weak circumstances gave prolific ground to fanatic components like Islamic State (IS), and allowed it to flourish and spread its limbs. However, many a times this emergence of IS has been regarded as United States’ failure of withdrawing troops from the region without setting a proper system of check.

However, presently after much demise and decimation, IS remains at any rate militarily crushed, as it has lost about every one of the regions under its control, including its two accepted capitals, Raqqa in Syria and Mosul in Iraq. Despite this, it continues to be equally imperative to counter the fanatic philosophy and ideology of IS.

Human rights organisations and activists should all take measures to address fear of any further misuse, demise, foreign influence and demolition, and replace these fears with expectation and restoration of peace in the Middle East.

This region will further undergo unrest, especially in the wake of King Salman trying to modernise and ‘saudise’ Saudi Arabia. This will not only engage Iran in refining its foreign policy but the general unrest going on in the region will become further aggravated when the two rivals play their cards for power.

Not only this, ME countries, especially Saudia, are also shifting their reliance on oil export to making NEOM an attractive sight like Dubai. Therefore, one who can read between the lines can conclude that the Middle Eastern countries in the near future will completely shift their policies and diplomatic moves.

Security is an indispensable pillar for human life. However, the resolution passed by UNSC for Eastern Ghoutta is also a failure to humanity and to UNSC itself.

However, the question remains, how will the US navigate itself in the Middle Eastern region keeping in view the unrest and turmoil it is going through, especially in the time of its ‘America First’ policy?

The writer is a baker and food enthusiast, and is the founder of The NFSK Kitchen. She is a passionate social welfare activist