To the writers — listen to the voices in your head 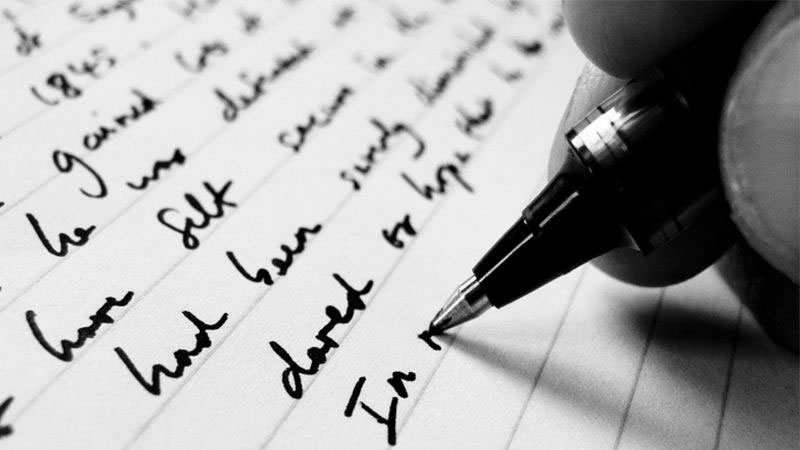 ‘What is it with the urge to write at 2am?’ A friend posted in a common group of writers and bloggers. For some, her dilemma may be difficult to comprehend – a compulsive drive to pen words at crazy hours. But any writer – whether an author, a journalist or a poet – understands.

Writers are very picky. Those passionate about their tryst with words cannot write on just anything, or anytime. They need the right environment, the right feelings, the right thoughts and the right words. And when words start pouring, it is almost a sin to hold them back, for a wave of oracles may blast your mind for few moments, only to disappear minutes later. Not to be able to pen them may be a grave mistake, because the right words may not come in your head again.

How big is this issue? Immense. Writing is a form of expression and when you are unable to express in the correct manner or at least in a way which exactly depicts your thoughts, the message is lost, the resulting image colourless, the composition out of tune.

Writing is a form of expression and when you are unable to express in the correct manner, or in a way which exactly depicts your thoughts, the message is lost, the resulting image colourless, the composition out of tune

And what delight one derives to be able to record those moments. They are like stolen pleasures – a secret revealed and then buried safely, a time out with oneself, a rendezvous with a loved one.

Once when I was commuting, while looking out of the window, I could not help but admire the wonders of nature around us. I lost myself for few moments in huge, ancient trees. I lit my eyes with vivid colours of the season. I smiled seeing a bushy tailed squirrel scurry across a bark. And suddenly, it hit me how important these moments were for me. How I long to spend some time on my own, with the possessions I treasure. How I look forward to read for pleasure. How unnerving are soothing tunes of my favourite tracks. Not only I wanted to share my feelings with the like-minded, I wanted to tell others how absolutely crucial these moments are to be able to truly feel alive.

While looking for these outlets, I experienced a feverish state which one goes through when attempting a long awaited task or when to be able to get your hands on a beloved object or when meeting or hearing from someone who has been out of touch but not forgotten.

And when I was done, it was an amazing feeling of euphoria, a burden off the chest, a great feeling of accomplishment. I could almost hear myself cry out ‘Eureka!. I could feel the adrenaline which was rushing in earlier settling down. Like any writer, I’m very choosy for words and all my writings are sincere efforts, the best I can give. But that day I opened my heart. And the appreciation I received was equally heart warming.

That day I fully realised, writing is my way of communication. Words which I may not be able to speak fluently, but I am prolific in to write. Feelings which I may be shy to talk about but unabashed when penning them down. I sometimes become more aware of my thoughts when I write them, since words just flow on paper.

Writers may not necessarily be vocal, but there are always voices in their heads. If unheard, they keep banging around for a while, protesting to be noticed, demanding an audience. But if it doesn’t happen, they suffocate, killing a tiny fraction of your mind in the process. So now instead of telling my brain ‘Shut up!’, I listen to it.

The next time, if you as a writer are hit with the right words, excuse yourself from others, ignore blames of being ill mannered, sacrifice your sleep. For if the mind numbs, it takes a while to be awaken. And I would like to tell my friend that it is nearly two in the morning as I close this outpouring.