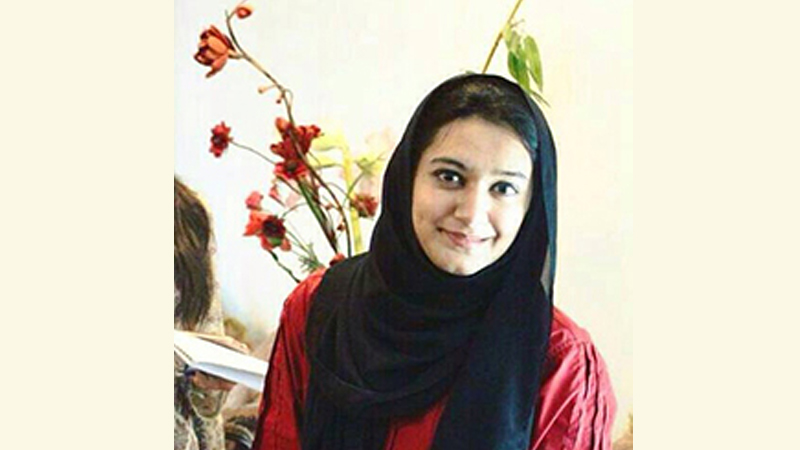 You must be aware of the case of Khadija Siddiqui. If not, then it is the case of a girl who was stabbed 23 times, in broad daylight by her class-fellow Shah Hussain, while on her way back from picking up her younger sister from school.

What is more unfortunate is that her attacker was just recently, “respectfully acquitted” by the Lahore High Court.

Recently, Chief Justice of Pakistan took suo moto action in her case, adding another twist in the tale. Khadija is seen as a symbol of justice and courage.

I know her personally since she is my friend and my class fellow in law school. I have intensely followed her case and have witnessed her struggles as a “victim of this system”. So I want to share some aspects of her case and struggle.

The LHC’s detailed judgement personally attacked her character. This is not how a judge is supposed to act at least publicly. I personally have never seen any instance character assassination, even in rape cases, although that too is equally condemnable, in any judgement.

This was just an attempted murder case so how could her personal life be of any relevance in this case? If this would be the standard of judiciary and judgements in our courts then, judiciary will be lacking public confidence, soon.

Despite the court ruling, which caused an outrage among the masses, it shouldn’t be forgotten that this is the same judicial system which sentenced Shah Hussain to 7-years in prison for the attack.

In the trial, magistrate Mubashir Awan continuously heard her case for 60 days and was under an extreme pressure from all the sides, but still he reached an independent and impartial decision.

Now, chief justice’s sou moto action has also attracted much appreciation from public. But her case is not only one such case in history of Pakistan. What about millions of those cases which are still pending in all courts and suffer from such defects? This is where Khadija’s case comes to set an example.

It is really unfortunate that Khadija’s case had such a bad fate. Her convict was a son of renowned lawyer and although law is said to be blind and doesn’t recognise whether one of the parties to the case is influential. But in her case, not only law favoured the convict from day one, but all the people in court assisted him in escaping from the case. All that was, despite her having three independent witnesses in her case, who tend to truly support the every version of her story.

What is more unfortunate is not those two judgements against her, but all that what she had to face in the court. Let’s for a moment just forget what happened with her in trial court. Let’s forget all those shameful, humiliating, depressing environment and questions which she suffered in trial court at the same time while appearing for her second year law exams.

What happened to her in two upper courts was also not satisfactory. In High court, unlike session court, there was no discrimination in the behavior of judge. He seemed to be impartial but these all mis-understandings were soon replaced by his judgment, which discriminated her to an extreme level both personally and legally.

Khadija! Your innumerable struggles can’t be counted, but they are supplemented with your sense of satisfaction and ever glowing smile on your smile.

Khadija’s struggle for justice was not an easy one. This is what is totally an ordinary thing to happen in courts. The only difference in her case is that she has successfully accepted and decided to fight against the oddities of the system. It was her fight for justice and despite all of the irrational and discriminatory circumstances, somehow she managed to succeed.

In sessions, Hussain’s sentence was reduced, but still it was not a failure on the part of the system. The judgement in the session court strongly favoured her and is enough to prove Hussain guilty. But, one event that happened with her in session court still rings a bell in my ears.

It were last days of her hearing, the defense counsel was contesting her medical report. Suddenly, judge in an open court asked her “who prepared your MLC (medical report), was that you?”. It’s unclear why he asked this question even if it was already established that she, at the time of her medical report, wasn’t conscious.

It might be possible that he either recklessly asked this statement or maliciously wanted to confuse her. The power of truth can never be suppressed, however. What she naturally replied shunned the whole court and gave him another reason to rule in her favour as she said ” I wasn’t  conscious at that time, so I don’t who prepared it”.

These were some bits of her case. Her case is of direct public interest. This is not the case which will be disposed of simply, once the decision comes in her favor.

This would always be of relevance to every case of its kind and inspire people. This was the case which would be entrenched in history as an example where public pressure and support created an enough pressure to disregard the decision of learned judge of High Court.

This would be the case which would deter all criminally minded people like Shah Hussain in future. Khadija’s case is not the first case, but now it should be the last one. We want no more Khadijas, who would be called in a judge’s chamber, so that he can see her wounds.

This was just the public support which made the campaign of Khadija case successful. But one unfortunate thing is that, there was immense hard work behind her case.

Now, it’s not about Khadija, its about Asma Rani, Zafir, Naqeebullah and all such innocent victims.