Is PTI compromising its ideology to win elections? 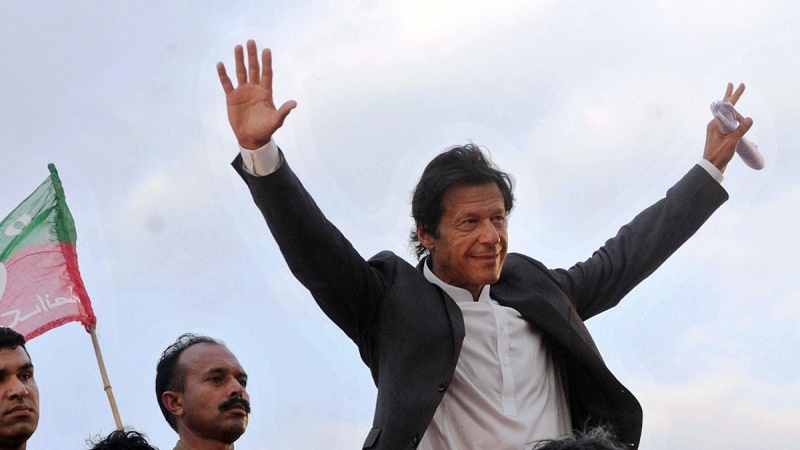 Ever since its maiden rally, politicians from different political parties started joining PTI. Few big names such as Javed Hashmi, Shah Mahmood Qureshi, Shafqat Mahmood, and Pervaiz Khattak were among the first and more prominent names to join the new era of Imran’s party.

Besides its power show in Lahore, Imran Khan adopted a very strong narrative to fight against corruption. The stringent narrative of eradicating corruption and the fight against the bigwigs and corrupt tycoons of the country earned Imran immense popularity in the country, especially among the youth.

Due to the mammoth support of youth, Imran completed 100-days sit-in Islamabad in 2015 against the election riggings in 2013. However, Panama further bolstered the already existing popularity of Khan.

Imran Khan, in almost each of his address has vowed to fight against corruption and to that end, the people of Pakistan too trusted him unquestionably.

It is very natural that fighting the corrupt system decisively, Imran Khan needs a team of people with upright character and selfless attitude in case PTI wins general elections.

Now analysing the awarding of tickets by PTI to the candidates who will be contesting for their respective provincial and national seats seems like a counter-narrative to the promises of Imran Khan has been making since years.

The PTI chief bestowed tickets to those who have joined PTI from different factions and are electable.

In its distribution of tickets, PTI has ignored women and youth significantly. Only six female candidates could get the ticket to contest general election 2018, while no women could get ticket for national assembly from KPK.

On the other hand, out of 290 provincial and 173 national assembly tickets, PTI awarded only 19 tickets to hopefuls under 30. This is complete opposite of what the PTI believes in. How could a party, that believes in the power of youth, not provide a solid platform to ones it promises a Naya Pakistan?

Seems like Khan has taken yet another U-Turn. Just for the sake of winning elections, he has turned to something he vehemently opposed; dynasty politics. But then again, everything is fair in love and elections, perhaps.

He has always raised voice against hereditary politics, yet broke his own principle in this regard. He has bestowed the tickets to four candidates of same family – Liaqat Jatoi has been awarded ticket for NA-234 (Dadu-1), Karim Ali Jatoi for NA-235 (Dadu-2), Ahsan Jatoi for PS-83 and Sadaqat Ali Jatoi for PS-84.

While on quite the contrary, many senior PTI leaders including Ali Muhammad Khan have been denied of the ticket to contest election.

This hints at one thing that PTI is ready to compromise on its principles and is okay to keep its promises aside to triumph in elections.

The political party that once generated hope for ‘Naya Pakistan’ and was a force against corruption has opted political tactics of its rivals.

If winning the election and becoming the prime minister of the country is Imran’s dream, then must I say he has chosen the right team to give tough time to opponents but could Imran Khan deliver the people of this country what has been promised, with the already-tried people?

PTI, seriously, needs to revisit its electoral and ideological policies if they are to make a positive example out of themselves. Otherwise, we have already witnessed the same kind of politics in different shapes, sizes and electoral signs.

The writer is a member of staff.