What it’s really like to be a female photographer

The only real difference there is to being a woman in the industry is that on top of perfecting our craft we have to learn how to be a man. 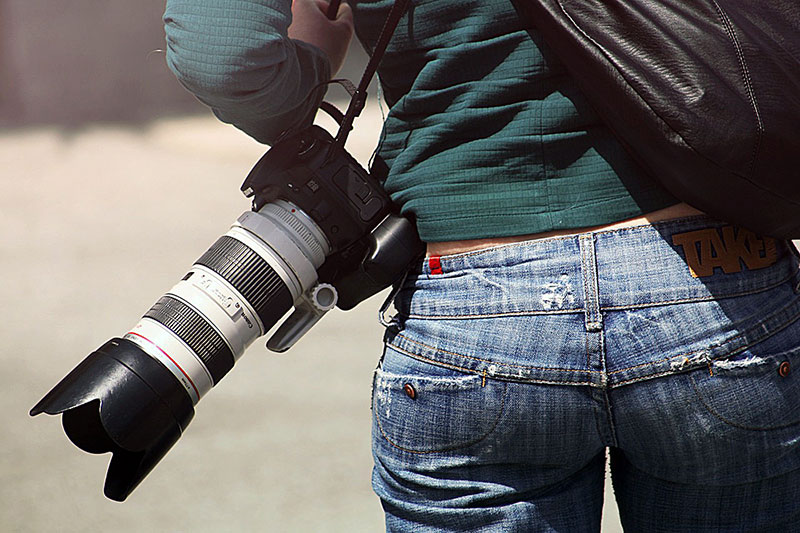 To capture the moment is the story; I fail to put into words.

The people who make up today’s thriving photographic community are our eyes to the world. In my opinion, photography just like any other medium is an exploration of the artist’s pursuit of self-discovery. This medium had given me a way to express myself and to showcase the world through my eyes – full of love, happiness and serenity. The one thing that inspires me the most in my work is ‘Light’… I love the way light can change the feel and perspective of something simple and mundane into something extraordinary and magical.

The aura of the professional female photography began in the very early age. Women have been a dynamic part of photography since its inception. While not credited with the invention of photography, these capturers of nature have played significant roles working beside the pioneers, regularly printing for their spouses, and taking photos themselves.

Joseph Niépce, the inventor of photography, talked through his analyses in letters to his sister-in-law. Constance Talbot (1811-1880), the spouse of photography pioneer Henry Fox Talbot, and Anna Atkins (1799-1871), an English botanist and companion of the Talbots, were the first female photographers. They were taking photos alongside Talbot and his peers as they created and propelled the earliest photographic technique.

Further it emerged as a trend in developed and developing countries as well. So Pakistan is also counted in some of those countries where art of photography is taken seriously as a profession. But unfortunately, we live in a male dominated society where a Pakistani woman has to make calculated decisions following the limitations defined for women. But some courageous women like Sadia Seher Haidri, took the step out of the society and decided to explore the world through the eye of their lens.

To not let a male-dominated industry intimidate me, I took it by pursuing my career as female photographer. Whether we like to admit it or not, Pakistan is pretty far from complete gender equality. Many are astounded to learn that the accepting arts industry isn’t an exemption to the current gender norms. I try to ignore the upsetting genderspecific challenges I face. But there are a few too hard to ignore as they’re present in my life daily.

If I can recall my journey, I had been associated to have a commonplace existence; an existence that neither emerged nor ever dared to dream big. For the first two decades of my life I was flawlessly okay with what I was taught to accept. Like most young girls in my family, I had no concept of the endless possibilities and unlimited potential outcomes that life had to offer and felt no urge to venture beyond the circle of my family and a few friends. However, as I came of age, my worldview progressively began to change. Without really knowing, inspirations became dreams and dreams became aspirations.

The one point that cannot be forgotten is that it’s difficult for ladies to stand out within male dominant society, and the only way of overcoming is to build confidence and overcome all negative thoughts to achieve the big dreams

I was in my mid 20’s and aching to explore the world on my own; to break free from the shackles of a conventional way of living and to do what no woman in my family had done before: become a photographer. Initially, I tried to ignore the upsetting genderspecific challenges I face. But there are a few too hard to ignore.

One of the problems that most female entrepreneurs who have attended events of system administration can relate to this scenario: you stroll into swarmed workshop and can easily tally the number of ladies there on one hand. At the point when ladies business visionaries collaborate with male administrators, it can be terrifying. Second and most common problem that the young photographers face is the limitation of funds for the business to explore. Not all startups in business search for financial specialists to get their business started, yet the individuals who know how troublesome the procedure can be, raising capital is somehow more troublesome for ladies processed firms. The one point that cannot be forgotten is that it’s difficult for ladies to stand out within male dominant society, and the only way of overcoming is to build confidence and overcome all negative thoughts to achieve the big dreams.

I got tough, courageous, vivacious, or according to my thesaurus, “manly” is what I became. The only real difference there is to being a woman in the industry is that on top of perfecting our craft we have to learn how to be a man.

The story of women in photography has not yet achieved its happy ending but the plot is progressing on an optimistic note. Women photographers are still significantly under-spoke in the art world. But partway through the story, we’re seeing signs that women are shaping photography for themselves.

In some ways, we women photographers have regained territory lost, but in regaining the territory, we’ve also made some strides forward. Women are supporting women to advance as professionals and enthusiasts. We still have work to do and more of the story to write.

The author is an MPhil student of Mass Communication from University of the Punjab. She can be reached at mariaghazi94@yahoo.com