The need to curb child labour 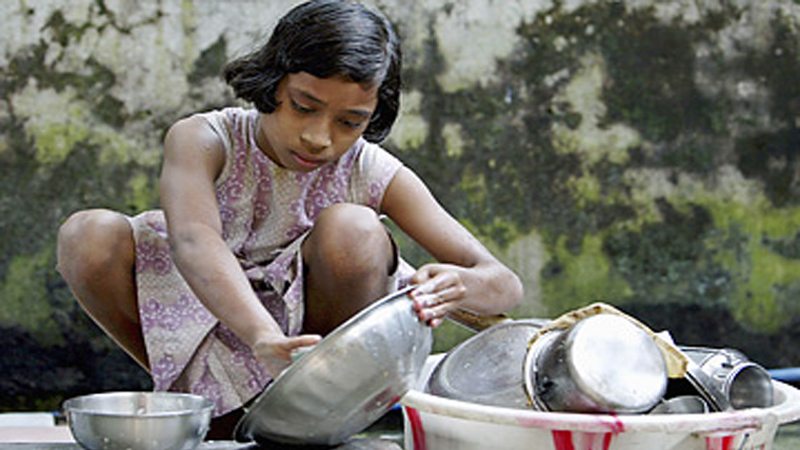 Although the government takes pride in enhancing our country’s economic growth rate and expanding the middle class, it is embarrassing and unfortunate that an ever growing crisis confronted by Pakistan known as child labour has been posing huge challenges to the government.

Unfortunately, there are 12.5 million children in our country working at shops, garages, workshops among other areas to add to their family income, which is keeping them away from their right to education. Hence, child labour is a significant phenomenon with very important social and economic implications.

However, the factor of engaging a child below 15 to some work rather than sending them to school is called child labour.

Child labour means sending an under-15 individual to work rather than to seek education, while is also means any work done by a child which is hazardous, harmful for his health, or harmful for his mental, physical or social development and a hurdle in way of education. Sadly, Pakistan ranks third when it comes to child and forced labour.

Children are working in different sectors of the country in different ways, types and in professions. For example, some of them are working in the agriculture sector, others in industrial sector, domestic labour, mining, manufacturing, slavery, fishing and factories. Also, children work for a variety of reasons; but, The International Labour Organisation (ILO) suggests that poverty is the greatest single cause behind child labour in Pakistan.

Poverty levels in Pakistan appear to necessitate that children work so as to allow families to reach their target take-home pay. The students from impoverished backgrounds, who are unable to seek education, are most likely to fall victims to child labour.

Unluckily, necessary education is not free in the country and even if it is free, the condition of the sector is dilapidated. Parents opt to send their children to work for reasons such as the poor facilities provided in an institute or on the contrary, the unaffordable fee of the others.

What makes the situation worse is parents, who themselves were deprived of education, encourage their children to work instead of studying so the children bring in some extra financial gains.

The rapidly increasing population of Pakistan is also equally contributing to the menace of child labour. Recently, Pakistan has increased its ranking to 6th in the list of most populous countries of the world. The soaring population causes unequal distribution of wealth and this, in return, worsens the situation.

Child labour remains one of the major problems afflicting Pakistan and its children. Pakistan had passed laws in attempt to limit child labour and indenture servitude, but those laws are universally ignored. Researchers believe that if policies focus on improving education, it would help aid the effort of reducing the amount of child labour.

The government of Pakistan should work in collaboration with international agencies and NGOs to curb the menace of child labour and save the upcoming generation of the nation. The state must also approve strict laws and legislations and plans should also be set up to bring an end to the plight. It is time we stop playing with our children’s future.