PTI’s pandering to the religious right. We should all be worried 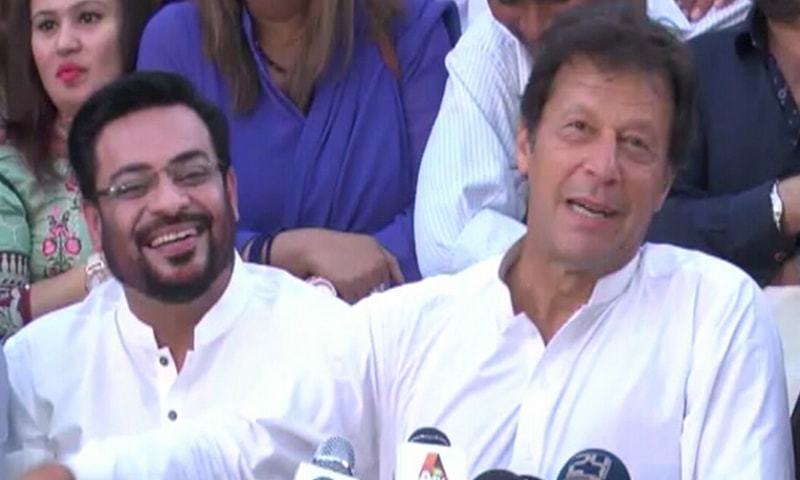 Pakistan Tehreek-e-Insaf (PTI) has entered the battlefield with full force ahead of the general election 2018 and isn’t keeping its ambitions to secure right wing votes a secret. PTI wants to play the holier than thou game even if it has to pander to the murderous narrative of extremist parties such as the Tehreek i Labbaik Pakistan (TLP).

Here are six instances that have worried even the well-meaning supporters of the PTI.

Amidst much confusion in the party, its Opposition Leader in Punjab Mehmoodur Rasheed has insisted that Orya Maqbool Jan is still one of the recommendations made by his party. Orya is notorious for his pro-Taliban, anti-minority, misogynistic, violence-inciting and pro-TLP stances. He not only praised TLP leader Khadim Rizvi during sit-ins against the government, he publicly announced full support. 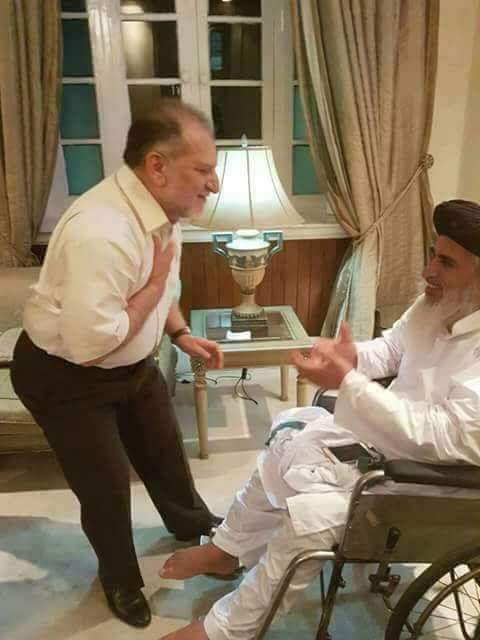 In his prime time show, he not only declared bloggers arrested last year as blasphemers but also called for their executions.

The party first made its ambition known last year when its ally and Awami Muslim League (AML) chief Sheikh Rasheed on a TV show discussed how Mumtaz Qadri, the murderer of Punjab governor Salmaan Taseer had emerged as a political force and how that ‘huge vote bank’ will help Imran Khan. Here’s the video if you don’t believe it.

The maverick TV presenter Aamir Liaquat is now in PTI. In April, he actively used his TV platform to incite violence against Pashtun Tahafuz Movement (PTM) leaders and went so far as calling them Indian agents and blasphemers.

Even though the party spokesperson Fawad Chaudhry said it was Aamir Liaquat’s personal opinion, Liaquat persisted on his actions.

In Sialkot, a PTI ticket holder led demolition of an Ahmadi worship place

In May 2018, the person who led the mob to destroy an Ahmadi place of worship (also a historic site) in Sialkot was a PTI supporter. Hamid Raza along with TLP operatives destroyed the site and openly took responsibility for it. The PTI later distanced itself from Raza but there is clear evidence such as photos with the leader Imran Khan, local level party activism and contesting election from PTI platform.

Everyone remembers Aamir Liaquat’s dramatic exit from his own show Ramazan mei Bol after one of the clerics, Qari Khalilur Rehman objected to Liaquat’s implication that Dr Zakir Naik was blasphemer. The next few days Dr Liaquat along with fellow Berlavi clerics continued targeting the Salafi sect saying it was ‘disrespectful’ to the religious personalities including the Prophet (PBUH).

The stunt backfired and Aamir Liaquat had to face massive criticism including from party supporters on social media and he ended up apologising and bringing back the Salafi cleric.

Aamir Liaquat in his Friday’s show discussed with the TLP’s Lahore candidate Allama Khizrul Islam who appeared in his show as one of the clerics how PTI and TLP would work together. The cleric nodded saying they can definitely work with PTI.

Imran Khan had earlier tried to please the TLP by attending the Khatm e Nabuvvat conference last year. Here is what he said…