The day I lost my reason to play the guitar 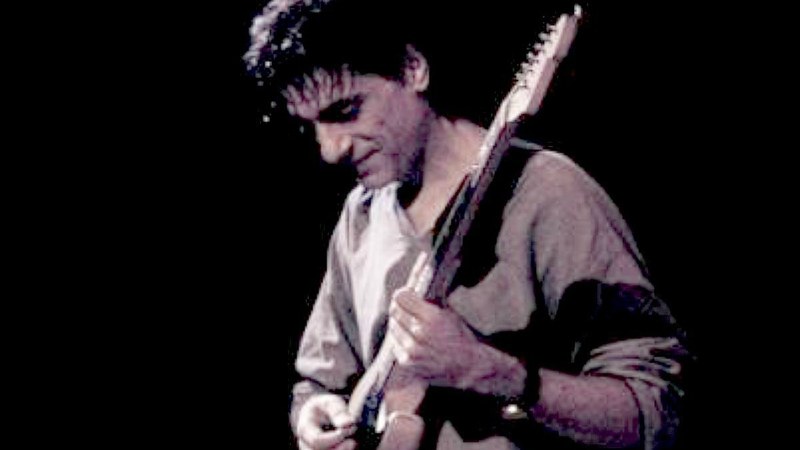 Time flies. It seems only yesterday when on Friday the 2nd of June at 8:33 PM I got a little message from a close friend of mine saying: “I’m so sad over Aamir Zaki’s demise. Any idea what happened to him?” She could’ve easily resorted to Google search, but instead, she asked me, because she knew what Aamir Zaki meant to me.

The first thing that came to my mind was the following: not again; is this another internet death hoax? I went to a credible news website to confirm the news, and I was devastated.

I have lionised five personalities in my life, and that Friday night, I lost one of them. The news about his untimely death took me back in time. I grew up listening to Aamir’s album ‘Signature’. Then one day, I came to know that he lived in our neighbourhood. My mother confirmed this to me when said that she had seen ‘my guitarist’ at the grocery store.

Though it may sound doltish, but just imagine a teenager getting informed that his family and his idol buy grocery from the same store. A few months later, I heard from my friends that they saw him giving quick guitar lessons to a couple of boys, on a sidewalk, after sunset.

I have lionised five personalities in my life, and that Friday night, I lost one of them. The news about Aamir Zaki’s untimely death took me back in time

I remember Pakistan’s first private FM channel, FM 100, was launched around the same time, and the station played Aamir’s instrumental ‘You Need That Fire’ 24/7 as background music. This instrumental, along with his song ‘Mera Pyar’, made him a household name overnight, all the way from an ‘underground’ musician.

Aamir and I had so many personality traits in common: we were introverted, shy, and perhaps, narcissistic too. Not to forget to mention, we were the same horoscope too, which perhaps stopped me from meeting him in person. Time passed, and my family and I moved to some other place.

In the late ’90s, I bought my first guitar. In one of the interviews on TV, I heard Aamir Zaki telling viewers about how in the early ’80s he went to the Rangoon Walla Community Center to learn the guitar, but it didn’t help him a tiny bit in acquiring the skill. I followed suit and went to the same institute. And boy! He was so right about that place.

In my personal opinion, Aamir Zaki was the Bob Dylan of Pakistan. Reminiscent of Dylan, perhaps Aamir never had that ‘perfect’ singing voice, but as a musician, he was such a virtuoso that listeners were mesmerised by his work. ‘Mera Pyar’ is a prime example of that; who would’ve thought that an underground musician’s ditty would become a mega hit in the masses?

Whenever he collaborated with other singers, he always left his stamp on the work. Remember Najam Shiraz’s ‘Roop Nagar’? Aamir played guitar on this album and took Najam’s work to another level. Not to mention Hadiqa Kiyani, who produced songs with him and came out with a ‘dark’ sound which was totally different to her previous work.

Similarly, his time with the Vital Signs was no different. The band had a distinct sound; even then a true music enthusiast could discern the difference on the songs on which Amir played his guitar.

Aamir Zaki made me fall in love with Blues music. He used the slide bottleneck on a guitar string with perfection, which enthralled me. I remember experimenting with a battery cell on my guitar to get the same effect.

A few years back, I saw my guitar turn into ashes in a house fire. And a few days later, after the tragic incident, my younger brother asked me when I’ll be buying a new one. I told him, this time, I’ll buy an electric guitar, not the acoustic one.

However, after Aamir Zaki’s demise, I didn’t fancy buying a guitar anymore, because on that dreadful Friday night I lost my reason to play the guitar.

Rest in peace my idol.