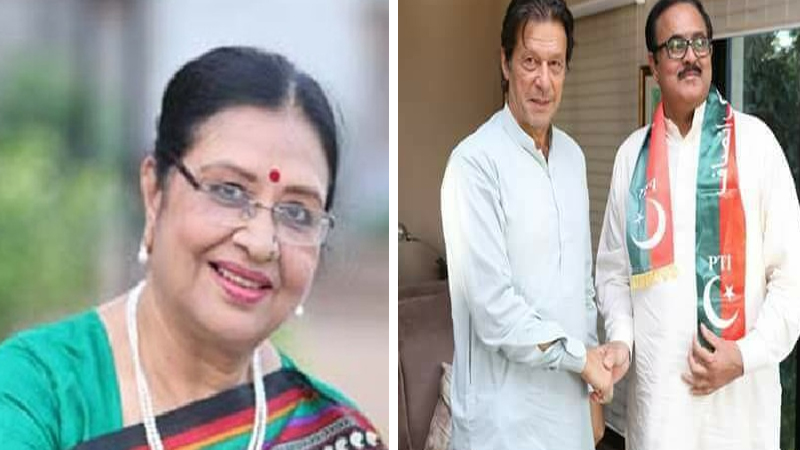 A fake account of 70s Pakistani actress Shabnam caused a stir on Friday when a message tweeted from the account praising PTI chief Imran Khan for ousting Farooq Bandial was cited by several media outlets.

Hours after Farooq Bandial joined Pakistan Tehreek-e-Insaf (PTI), users on social media slammed the party for joining hands with Bandial, who was handed a death sentence in 1979 by a Special Military Court over “armed dacoity” and “gang-rape” of Shabnam in Lahore.

The convict was pardoned by the actress after he had pressured Shabnam and his family.

PTI leader Naeem-ul-Haque announced that the party has expelled Farooq saying that his entry into tehreek-e-insaf was “unfortunate”. “We have no place for people with such record in our party. He should not even be in any political party,” it was added.

Later, an account claiming to be of the actress appreciated PTI leader Khan for expelling Farooq from his party and said that she was thankful to the people of Pakistan. 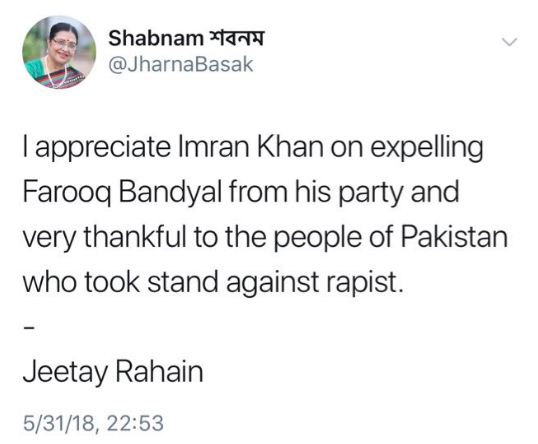 The message was shared by several media outlets from across the country. Social media users also took to Twitter to slam the media for sharing the message without authentication.

Several news orgs & TV channels picked up a fake Twitter account set up in Shabnam's name purporting to thank IK for expelling Farooq Bandial – we all know who is behind such fake accounts – odd that the several news orgs fell for it – PTI should get rid of such bad eggs pic.twitter.com/GFPXn6wgf3

PTI/ Farhan Virk convert an old account to Shabnam’s fake account, and Nadeem Malik & Mubashir Lucman read out this tweet on TV. Truly pathetic attempt at climbing out of the fiasco. Check the RTs from 2014. Shame on you for now rubbing salt in her wounds to cover your tracks. pic.twitter.com/vZ1yGHGf9e