New world order and the new balance of power 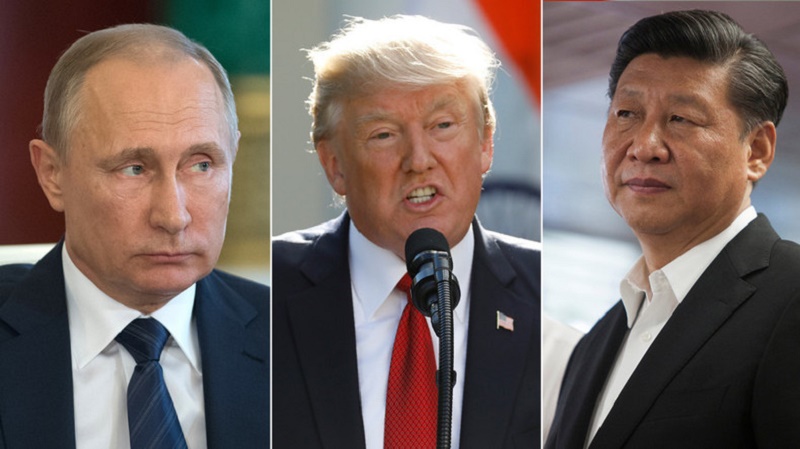 According to one of the world’s most renowned political scientists Henry Kissinger, “In the end peace can be achieved only by hegemony or balance of power system”. Treaty of Westphalia resulted in the emergence of the nation-state and balance of power system. In the start, balance of power politics was only confined to the continent of Europe but after the period of decolonisation and the emergence of new nation-states in the Asia, Middle East, and Eastern Europe, it was expanded across the globe. Many Asian nations have successfully established their own cultural and nationalistic identities and have fully adopted the state system.

Currently, world is in the midst of transformation from a unipolar one to multi-polar. It is evident from Russian resurgence and Chinese economic rise. In addition to that, regional players like Iran, Turkey and Saudi Arabia are also pursuing their regional interests unilaterally. In the era of bipolarity, Western power was balanced by Eastern bloc led by the Soviet Union. The dissolution of USSR resulted in unipolar world. The balance of power shifted in the favour of the United States. The disturbed balance of power contributed to the American invasion of Afghanistan and eventually Iraq.

Balance of power in South Asia is tilted towards Pakistan and China as United States is struggling to win in Afghanistan.

Russia rose to the prominence in the international arena after its military incursion in northern Georgia. Furthermore, Russian annexation of Crimea and its military intervention in Syria restored its dominant position on the world map. Russian intervention in Syria bolstered the embattled Assad regime and paved the way for Putin government to become an important player in the Syrian crisis.

Russian aggression in Eastern Europe and China’s assertive behaviour in South China Sea has forced United States and its allies to turn their focus towards Pacific and East Europe. North Atlantic Treaty Organization (NATO), in its new strategy has declared Russia a greater threat than terrorism.

In the Middle East, Iran and Saudi Arabia are engaged in a brutal proxy war. Despite repeated sanctions, Iran has been able to increase its influence significantly in Iraq, Lebanon, Yemen, and Syria. American support to Saudi Arabia has been balanced by Russian diplomatic and strategic assistance to Iran. Riyadh’s strongman Muhammad Bin Salman has initiated robust reforms in every sector of the government in order to minimise kingdom’s reliance on oil. In addition to that, Muhammad Bin Salman is the chief architect behind Saudi Arabia’s aggressive posture in the region. Many political scientists believe that Trump’s withdrawal from Joint Comprehensive Plan of Action (JCPOA) will inflict a significant damage to Iran’s economy and eventually its regional ambitions.

In Syria, the situation is complicated. Russia has achieved its objectives of saving Assad regime and its vital military installations in Latakia and Tartus. Turkey is in a difficult situation. American support to Kurds has once again raised fears in Ankara about the possible uprising of Turkish Kurds. In reaction, Turkey has launched Operation Olive Branch in Northern Syria so that Kurdish forces can be removed from its borders. Russia and Iran are allies against anti-Assad militias but Moscow is not in favour of Iran’s assertive behaviour against Israel. Furthermore, Israel is home to one million Russian Jews. Moscow did not react to the recent Israeli strikes against Iranian positions in Syria. Turkey vehemently opposes Washington’s policy of supporting Kurdish forces. Saudi Arabia has lost the proxy war in Syria and is diplomatically convincing Israel and United States to strike Assad and Iran in Syria. Iran is providing arms and ammunition to Hezbollah and Hamas to balance Israel’s far more superior armed forces.

In South Asia, Chinese strategic ties with Pakistan have tackled Washington’s tremendous military and strategic support to India. United States needs India to contain China. While Beijing needs Pakistan so that it can contain India militarily. Balance of power in South Asia is tilted towards Pakistan and China as United States is struggling to win in Afghanistan.

The power balance between adversaries in different regions is vital for the peace and stability in the world. But analysts believe that multi-polar system is more fragile than unipolar and bipolar systems. Russia resurgence and Chinese rise will halt American unilateralism but analysts are unsure about its implications for a stable and peaceful world.