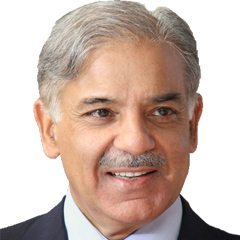 To the people of Punjab

Through a miracle of Almighty Allah, I was returned to serve Punjab in 2008, from where I had left it; but this time, I was a cancer survivor

Today, I look back at my abruptly terminated first term as your Chief Minister in 1997-1999, followed by over one year in various prisons across Pakistan, until I was ‘forced’ against my will to board an aircraft into exile.

For a man driven at breakneck speed, in the service of his people for two years, these were for me a miserable ordeal as valuable time was wasted.

Two and a half years later in 2003, I was diagnosed with a rare, aggressive cancer and had to be rushed from Saudi Arabia to the United States. It was a close-up encounter with death.

But even as I was rolled into the operation theater, those present will verify, that I was only speaking of serving this country; a vision that was ruthlessly disrupted.

As soon as the prognosis after surgery confirmed that the cancer had not spread to my lymph nodes, and a complete recovery was possible, I believed beyond a doubt that Allah had only bestowed me with a new lease of life to serve His people unto my very last breath. Through a miracle of Almighty Allah, I was returned to serve Punjab in 2008, from where I had left it; but this time, I was a cancer survivor.

I am now ready for the biggest fight of my life thus far. The battle will take place on July 25. This will be the fight for Pakistan and all its people, a fight to build a better and prosperous tomorrow

From the above account, it will be easier for you to understand that I could only be your Khadim-e-Ala.

A man in a hurry, to deliver, to get things done.

However, our effort has not been in vain. Wherever I have traveled recently in different parts of Pakistan — whether that be Karachi, Mardan or Mattiari — people have spoken with one voice: They desire the same quality of honest, efficient governance that is present in Punjab so that like their fellow citizens in the Punjab, their lives can also be changed for the better.

I have now completed two terms of government. Today, on May 31, 2018, I shall no longer be your Khadim-e-Ala.  I say farewell with deep respect to the people of Punjab. Thank you for giving me the opportunity to serve you with intensity of my heart and bring about a difference in your life.

All of you know there are some things I never compromised on, since these are sacred to my core values: selfless service to the people, especially care for the common man, selection on merit, zero tolerance for corruption or incompetence, and protecting and promoting the interests of Pakistan.

If, by the grace of the Almighty, people honour me with their vote to serve them as their Prime Minister (PM), I shall employ all my abilities and expend even the last ounce of my energy to serve all our provinces equally well, so that the rest of the federating units not only stand on par with Punjab in terms of good governance and but also raise our beloved motherland to the heights of glory as envisaged by our founding fathers, Allama Muhammad Iqbal and the Quaid-i-Azam.

As you all have known me since the 1990s, my life is an open book.  I have been a fighter all my life.  My opponents include cancer, corruption, Qabza mafias and false allegations. My motive has always been to fight for the common man’s right to a dignified life.

I am now ready for the biggest fight of my life thus far. The battle will take place on July 25. This will be the fight for Pakistan and all its people, a fight to build a better and prosperous tomorrow so that our children can live in peace and prosperity and realise their God-given potential.

Your prayers will be my reward! May Allah be with you, always!

The writer is the Chief Minister of Punjab and the President of the PML-N. He Tweets at @CMShehbaz