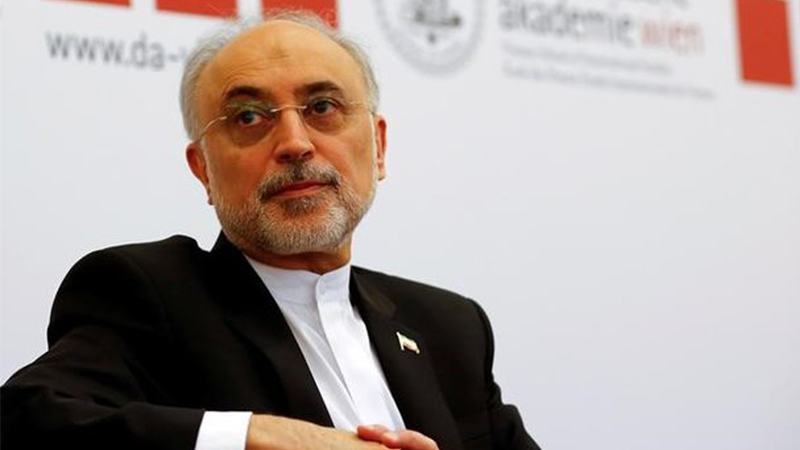 Signatories of the Iran nuclear deal met in Vienna on Friday in a bid to save the agreement, as Iran warned the deal had been put “in intensive care” by Washington’s dramatic withdrawal earlier this month.

For the first time since the Joint Comprehensive Plan of Action (JCPOA) came into force in 2015, China, Russia, France, Britain and Germany gathered — at Iran’s request — without the United States, which pulled out on May 8 and said it would re-instate sanctions.

US President Donald Trump has long trashed the deal with Iran — concluded under his predecessor Barack Obama — saying it did not do enough to curtail Tehran’s nuclear ambitions.

Speaking after Friday’s meeting, Iranian Deputy Foreign Minister Abbas Araghchi said: “We are negotiating… to see if they can provide us with a package which can give Iran the benefits of sanctions lifting,” adding that “practical solutions” were required to address Iran’s concerns over its oil exports, banking flows and foreign investments in the country.

“The next step is to find guarantees for that package,” he said.

Iranian officials have said they expect a package of this kind to be presented by the end of May.

Araghchi said that talks would continue over the next few weeks “particularly at an expert level”, after which Iran would decide whether or not to stay in the accord.

“We got the sense that Europeans, Russia and China… are serious and they recognise that JCPOA’s survival depends on the interests of Iran being respected,” Araghchi added.

Russian delegate Mikhail Ulyanov struck an upbeat note after the meeting, saying: “We have all chances to succeed, provided that we have the political will.

“I must tell you that the JCPOA is a major international asset. It does not belong to the United States, it belongs to the whole international community.”

He added that the possibility of referring the matter back to the UN “was not discussed during this meeting”.

Unusually for a meeting of the joint commission, IAEA Director General Yukiya Amano was invited to brief the participants on the IAEA s work in Iran.

According to a report seen by AFP on Thursday, the International Atomic Energy Agency believes Iran is still abiding by the deal’s key restrictions on its nuclear facilities in return for relief from damaging economic sanctions.

The IAEA, however, is “encouraging (Iran) to go above and beyond the requirements” of the deal in order to boost confidence, said a senior diplomat in Vienna, where the IAEA is based.

As well as criticising the deal for not restricting Iran’s nuclear activities enough, Trump also said it did not go far enough in restricting Iran’s ballistic missile programme, or its intervention in regional conflicts from Yemen to Iraq and Syria.

Speaking before the meeting, a senior Iranian official rejected any attempt to link the deal, known as Joint Comprehensive Plan of Action (JCPOA) to other such issues.

The official said it would mean “we lose JCPOA and we (would) make the other issues even more complicated to resolve,” adding it was pointless for the Europeans to try to “appease” Trump.

“We have now a deal which is in the intensive care unit, it is dying,” he said.

Since the US pull-out, the other signatories have embarked on a diplomatic marathon to try to keep the agreement afloat.

Iran has threatened to restart its uranium enrichment programme at an “industrial level” if the deal falls apart.

The five signatories still committed to the agreement have said they want Iran to stay in the deal, with the European countries saying they would not rule out further talks with the Islamic Republic on an expanded text.

However, Iranian officials have warned that there was no question of broadening the discussions.