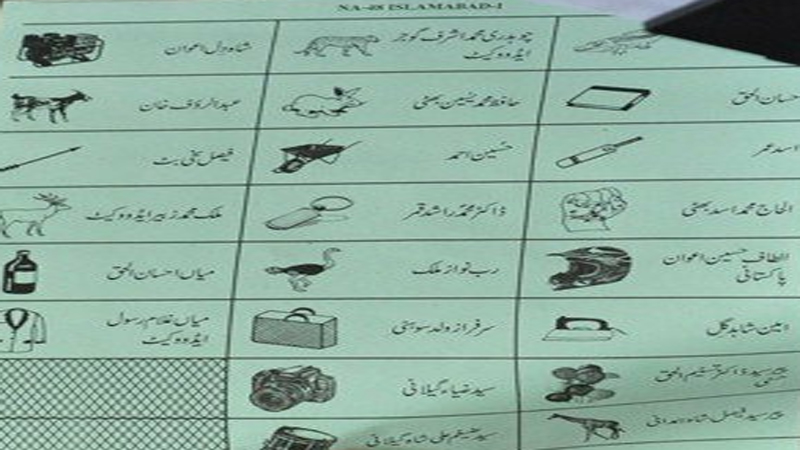 The upcoming general elections in the country will be held on July 25, according to a summary approved by President Mamnoon Hussain on Saturday.

The elections for the National Assembly and all provincial assemblies will be held the same day. Earlier this week, the Election Commission of Pakistan (ECP) had forwarded a summary to President Mamnoon Hussain under the Elections Act, 2017, asking him to fix a date between July 25 and July 27 for the general elections.

The election schedule is likely to be issued in the first week of June. The incumbent government is set to complete its term on May 31 and an interim set-up will take charge on June 1 until a new cabinet is sworn in following the upcoming general elections.

Despite several rounds of talks, the ruling Pakistan Muslim League-Nawaz (PML-N) and the opposition have so far failed to agree on a name for the slot of caretaker prime minister. The matter of picking the caretaker prime minster is now being referred to the parliamentary committee. “There will be no more meetings between government and opposition on the issue,” Leader of Opposition in National Assembly Khursheed Shah had told reporters on Friday, a day after a scheduled final round of talks between him and Prime Minister Shahid Khaqan Abbasi was cancelled. Shah had said that he will be writing a letter to speaker of the National Assembly Sardar Ayaz Sadiq on Tuesday as it was the time to take the matter to the parliamentary committee.

According to the constitution, the candidate for caretaker prime minister is decided by the incumbent prime minister and leader of the opposition in National Assembly. In case talks prove inconclusive, the speaker of the National Assembly convenes a parliamentary committee which then discusses the existing nominations. If the parliamentary committee also fails to agree on a candidate, the matter is handed to the Election Commission of Pakistan which makes a final decision in consultation with all the political parties inside the parliament. The ECP has already convened a consultative meeting of all the parliamentary parties on May 31 to finalize the code of conduct for the 2018 general elections.

According to the ECP spokesperson, invitation letters have been sent to all the political parties in the parliament along with copies of the proposed code of conduct.

As per the polling scheme announced by the ECP, as many as 86,436 polling stations will be set up for the general elections, including 48,667 in Punjab and 18,647 in Sindh. In FATA and KP, 14,655 polling stations will be established besides 4,467 in Balochistan. Reportedly, the ECP has been allocated an amount of Rs 16 billion for training of the staff and purchase of election-related material for the forthcoming general elections. The commission had, though, demanded an amount of Rs 28 billion for preparations for the elections.

A meeting of the ECP chaired by Chief Election Commissioner Sardar Raza Khan on Friday reviewed preparations for the general elections. The meeting was informed that the training of district returning officers (DROs) has already completed while that of the returning officers (ROs) will be done by the first of next month. The training of presiding officers and assistant presiding officers will begin on 25th of the next month and complete by July 15. A draft list of polling stations has already been despatched to the ROs for checking and necessary changes. The ROs will publish preliminary lists of polling stations and voters of the area can file objections or submit proposals to the DROs with regard to their polling stations. After disposal of the objections, the DROs will publish the final list of polling stations.

The ECP has already received applications from various political parties for allotment of election symbols in line with the Elections Act, 2017.

Nearly 46 million young voters out of the 105 million eligible for voting in the country will play a key role in determining the next government when the general election are held on July 25. A total of 59.2 million men and 46.7 million women constitute the electoral roll across the country, which has a total population of around 200 million.