Mental health problem — time to come out of the denial mode 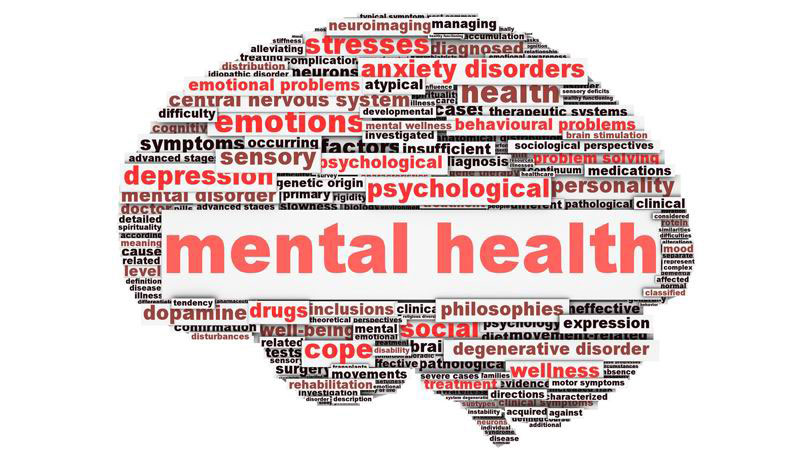 Scientists have described it to be the most stressed of all times and this is something that we would all agree to. In the race of getting it all, an individual is left drained. Social alienation, strained relationships, anxiety, depression, complexities and hatred are all the consequences that we are left to battle with. As one writer has put it, here everything is perfect but nobody is happy. As a whole, all these problems relate to one aspect, the mental health.

Mental health isn’t an alien word for most of us. But have we ever given it a thought?

According to World Health Organization, mental health is “a state of well-being in which every individual realises his or her own potential, can cope with the normal stresses of life, can work productively and fruitfully, and is able to make a contribution to her or his community.” It is about being socially, emotionally and mentally healthy. But today, this has become only a forlorn desire.

In a society where dressing out of ordinary receives heightened criticism, it is no surprise that talking out of the ordinary would be labelled lunatic. It is because of this attitude of stigmatisation and stereotyping that mental health is hardly talked about and those suffering from it are left alone to contend with it. At times it leads to drastic actions like isolation and suicide. Shamefully, even then the chances to seek help or treatment are unpromising.

In a society where dressing out of ordinary receives heightened criticism, it is no surprise that talking out of the ordinary would be labelled lunatic. It is because of this attitude of stigmatisation and stereotyping that mental health is hardly talked about and those suffering from it are left alone to contend with it

How media and education can turn things around

This isn’t just a condition that needs to be written upon, rather this one of the social issues that calls for immediate attention from every one of us. It doesn’t have to be an incongruous manoeuvre. Rudimentary steps like creating awareness through both print and digital media would serve the purpose as these popular mediums have the power of positively impacting the mindset of a wider population. Our morning shows that are mainly bothered with skin whitening totkay and some kind of lavishly ornamented wedding programs can be turned around to include important matters like this in their content. Also, through dramas and short films this problem can be highlighted. A large portion of our population is tech-savvy and it can be accessed on Facebook and other sites and by creating pages and causes and through v-blogging, they can be engaged for a better cause than just time-killing. In addition, introduction of counselling centres in workplaces, academic institutions; public places like cafes and even mosques can accommodate victims and others to discourse the issue. Likewise, guide to better parenting either through media or civic organisations is necessary to help parents break the communication barriers and becoming friends with their children so they can share their problems rather than bearing the burden all alone.

Government needs to weigh in

At a broader level, this calls for a multi-pronged approach, involving government, education system, health sector and civic organisations. Government needs to put forward policies that address the enormity of the issue at a national level and also to frame mechanisms to address it. The collaboration with WHO, for example, is one of the ways that government can take to tackle it. Similarly, educational institutes can play a role by making it part of discussion at class room level to help students realise its existence. Where schools and colleges today spend a sizeable chunk of money on events like concerts, rung-fights and farewells, a portion can be spent on constructive causes like creating understanding of such social problems. At university level, more students could be encouraged to pursue the field of psychiatry, male students especially, who think it’s more of a female thing and less prestigious. More research work is needed and students could be persuaded to opt for this topic. Health sector, in the same vein, can allocate resources by having seminars and service camps to educate the public on the issue as it does for other diseases like cancer.

We all deserve time from each other

Most of all, it requires a responsible behaviour from each one of us. We often hear our family members or friends telling us how burdened their lives are, how much pain they are going through, be it related to studies, career or relationships. How many times do we give them attention, listen to what actually they are saying and help them come out of it? Can we change this attitude? Can we give more time to people around us than gadgets? Next time you find someone struggling with anything, talking unusual, give them your attention, your time so that this world becomes a better place for all of us.