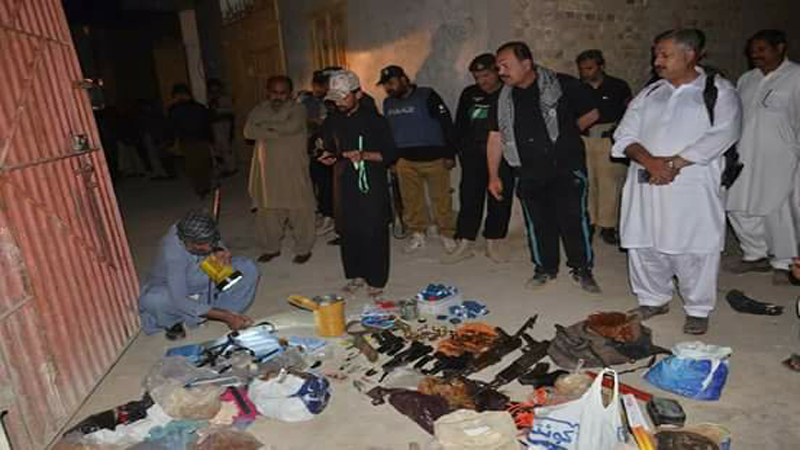 QUETTA: The Counter Terrorism Department (CTD) Monday raided a hide-out being used as a weapon factory in Kili Barat area of Quetta and confiscated 200kg of explosives, three suicide jackets, detonators, two hand grenades and a huge cache of arms.

It was said that the hide-out was being used as a weapon factory by Balochistan Lashkar-e-Jhangvi (LeJ) commander Salman Badeni and his accomplices, who were killed in an operation in Killi Almas area of Balochistan last week.

He said that the security forces were trying to curb terrorist activities in the province to ensure security of the citizens. Earlier, the DIG visited the family of a prayer leader, who was gunned down in a suspected sectarian attack and offered his condolences to the aggrieved family.

Last week, a catastrophe was averted in Quetta when five suicide bombers, attempting to storm the FC Help Centre, were intercepted and killed by security forces. “The failed terrorist attempt was in response to the killing of a key terrorist in a search operation in the Killi Almas area,” the Inter-Services Public Relations, the military’s media wing, had said.