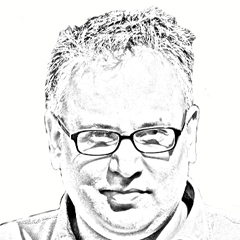 The state of international law today and Pakistan

As vetoes have been employed to thwart just conflict resolution in advancement of narrow national interests with devastating humanitarian consequences, the UNSC’s credibility has eroded

If international law, in short, is the set of rules that countries follow in dealing with each other, these are trying times. While conflicts have increased three fold in recent years, two recent events could not have set the stage better for the United Nations Security Council’s (UNSC) formal debates on ‘upholding of international law’ and ‘protection of civilians’, the former was held on May 17, and another will be held on May 22.

First, is the US’ unilateral withdrawal from the multilateral nuclear agreement with Iran. The UNSC through its resolution 2231 had endorsed the agreement. As the Security Council resolutions are legally binding and become part of international law, the travesty is not just that the agreement’s key crafter — the US — disregarded international law, but that the nuclear agreement was achieving its objectives. The International Atomic Energy Agency (IAEA) — the entity verifying compliance, confirmed this repeatedly.

The second is Israel’s killing of 110 peaceful Palestinians in Gaza, who were protesting Israel’s history of land grabs, depopulation and dehumanisation. Israel’s flouting of international humanitarian law, international law and various UNSC resolutions would not have endured if the US did not veto 43 times, numerous countries’ attempts in the Council over the years for a firm position against Israel’s criminal behaviour. As Palestinians faced live ammunition, the US embassy’s shift to Jerusalem further violated UNSC resolutions and international law.

When the UN Charter was agreed to 73 years ago, it was hoped widely that this vital source of international law would be the antidote to inequity and conflict. It was to be the principled force, ushering in peace and wellbeing everywhere.

Too many times, Pakistan has chosen clever tactics and geo-political constellations as the panacea to its issues. This has not worked, at best it has only ever kicked our problems down the road

To be sure, the UN Charter, while not perfect and not fully democratic, did capture the essence of responsible inter-state behaviour. Working through the UN system, countries laid down crucial global norms. From disarmament, human rights, protection of civilians and sustaining peace to environment and sustainable development, standards have been set with some concrete results.

The UN General Assembly’s (UNGA) role in the development and codification of international law is certainly praiseworthy, but since the UNSC has primary responsibility for the maintenance of international peace and security, the global citizenry is rightly troubled. The UNSC seems to be unable to resolve the critical conflicts and tensions of today. The President of the International Residual Mechanism for Criminal Tribunals (MICT) at the international law debate stressed that the Council Members should serve the UN membership, as a whole, rather than prioritize their own interests or those of their strategic allies. Indeed two days before, Kuwait’s effort for a Council resolution calling for an end to Israel’s practices, an independent investigation into Palestinians’ deaths and for holding the perpetrating party responsible was blocked by the US. However, the US is not alone in abusing its power. Both Russia and China have blocked action against the Assad regime in Syria for the atrocities carried out against Syrian civilians, as well as Myanmar’s brutalisation of the Rohingya Muslim community. As South Africa said in the debate, there must not be selective condemnation of non-compliance. All countries should be equally accountable, and the Charter principles must be upheld at all times.

But appealing to diplomats’ better nature does not work if their states are not willing to stand up for morality and justice. A deeply problematic and self-selected Council structure is the five countries’ permanent membership (P5) category, wielding veto power. As vetoes have been employed to thwart just conflict resolution in advancement of narrow national interests with devastating humanitarian consequences, the UNSC’s credibility has eroded. Since the changing of veto prerogative requires at least two-third majority in UNGA with the P5 assenting, which is not likely, France and Mexico have advocated that the P5 do not voluntarily use veto when there are ongoing genocides, crimes against humanity or war crimes.

While nearly 100 countries support this initiative, Pakistan has not signed on to it. Concurrently, an initiative called Accountability, Coherence and Transparency (ACT) Code of Conduct with support of 114 countries is being advanced in the UN. It asks both permanent and non-permanent members of the UNSC to not vote against any credible draft resolution, intended to prevent mass atrocities. Sadly, Pakistan is not a signatory to this either.

There is no guarantee that either of these proposals will be adopted or that the Council will uphold international law and enhance respect for it without discrimination. But Pakistan must be on the right side of this debate — both in appearance and substance. Our voice must be strong in asking the Council to uphold the Charter principles but so must we. More than anything, our development and progress require such values to be deeply ingrained. Too many times, Pakistan has chosen clever tactics and geo-political constellations, as the panacea to its issues. This has not worked, at best it has only ever kicked our problems down the road. It is time we have our fundamentals right.

The writer works as consultant on UN issues in New York