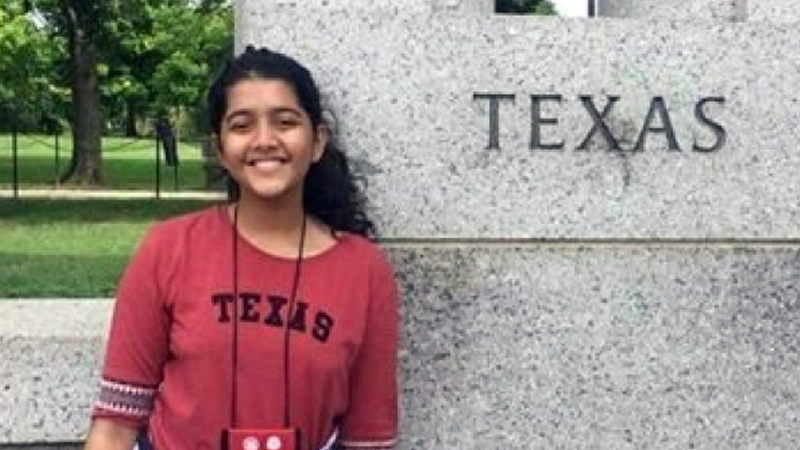 A Pakistani exchange student was among the 10 people killed in a a high school shooting incident in Texas, United States, that ended when the 17- year-old attacker surrendered to authorities.

Sabika Sheikh, 17, was due home after 10 months to celebrate Eidul Fitr with her family, her father Abdul Aziz told Daily Times on Saturday.

The teenager, a resident of Gulshan-e-Iqbal Karachi, had travelled to the U.S. last year in August after she got selected for Kennedy-Lugar Youth Exchange and Study (YES) programme.

Sabika was the eldest among her three siblings – two sisters and a brother.

She was a brilliant student and wanted to join foreign service after completing her studies, her father said.

Recalling the family’s last conversation with her, he said, “This year Ramazan started on the same day in Pakistan and the U.S., but she started fasting a day before the start of the holy month because she had to travel during Ramazan and was concerned that she may miss fasting on a few days.”

Aziz recalled that Sabika had asked her mother to cook all her favorite dishes on the day she would reach Karachi, as she wanted to enjoy her favourite food after the 10 months break.

On Friday evening, the family came to know about the Sante Fe High School shooting right after the Iftar meal. They started contacting Sabika on her cell phone but there was no response. “She used to call home every day,” said the grieved father.

Later, in the night, the family got the shocking news when school administration and officials at the Pakistan Consul General in Houston confirmed her death, while talking to the international media.

“I am still unable to believe that she has left us,” said Sabika’s uncle Abdul Jalil Albasit, a political worker.

After the news of her death spread, hundreds of people, including relatives and friends rushed to the family’s home in Gulshan-e-Iqbal to condole with them and to share their grief.

The family is waiting to receive the body for burial. “Authorities have assured that all arrangements are being made to bring her body to Pakistan at the earliest,” her father said.

Pakistan’s Consul General in Houston, Aisha Farooqui said she was in contact with the relevant Houston authorities to ascertain the release of Sabika Sheikh’s body for repatriation.

Meanwhile, in a statement released to the press, the Pakistani Embassy in Washington D.C. said on Saturday, “The Embassy of Pakistan grieves for the victims of the tragic incident at the Santa Fe High School in Texas this morning. Ms Sheikh was in Texas as part of the YES Programme. Our thoughts and prayers are with Sabika’s family and friends. Ambassador Aizaz Chaudhry spoke to the father of Sabika Sheikh expressing heartfelt condolences over the tragic death of his daughter.”

Secretary of State, Mike Pompeo, said in a statement, “I send my deepest condolences to the family and friends of Sabika Sheikh, who was killed in the tragic shooting at Santa Fe High School in Texas, yesterday. Sabika was in the United States on the State Department-sponsored programme, helping to build ties between the U.S. and her native Pakistan. Sabika’s death and that of the other victims is heartbreaking and will be mourned deeply both here in the U.S., and in Pakistan.”

In a letter sent to participants, Megan Lysaght, the YES programme manager at American Councils for International Education, said, “It is with [the] greatest sadness in my heart that I need to inform you that one of our YES students, Sabika Sheikh of Pakistan, was killed today in the school shooting in Santa Fe, Texas.

“Please know that the YES programme is devastated by this loss and we will remember Sabika and her families in our thoughts and prayers. We will have a moment of silence in her memory today.”