ICC to debate relevance of toss ahead of Test Championship 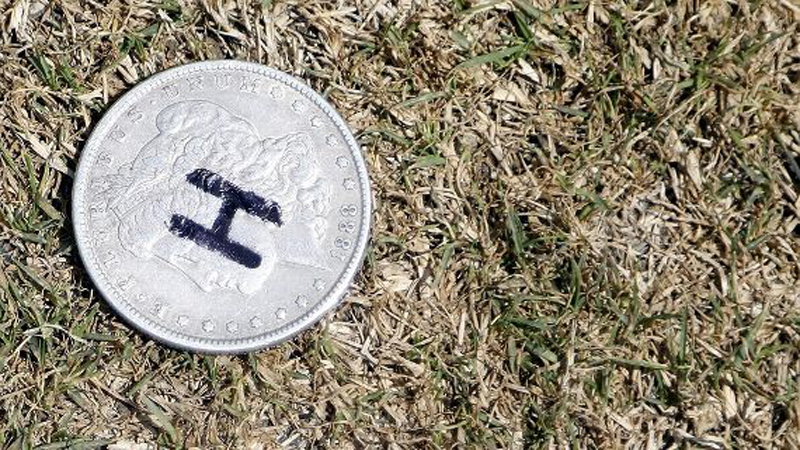 Test cricket’s fundamental starting point may be scrapped, as the International Cricket Council’s (ICC) cricket committee prepares to debate whether or not the coin toss should be removed as a way of reducing home ground advantage in the looming Test Championship. Every single Test match since the very first, between Australia and England at the MCG in March 1877, has begun with a toss of the coin to decide who should bat or bowl first. The home captain flips the coin and the visiting captain calls heads or tails.

However, there has been a growing body of opinion that home boards have manipulated conditions to suit their team, in turn adding a disproportionate level of importance to the toss. The proposed remedy is to abandon the coin toss for matches played as part of the Test Championship, to commence with Australia’s Ashes tour of England in 2019, leaving the visiting side to elect whether to bat or bowl first. This would be an extension of the playing conditions now used in the English County Championship since the start of the 2016 season, whereby the visiting team can choose to bowl first, with a coin toss to follow if the captain is not fussed. According to briefing notes circulated ahead of the ICC cricket committee meeting at the end of May in Mumbai:

“There is serious concern about the current level of home team interference in Test pitch preparation, and more than one committee member believes that the toss should be automatically awarded to the visiting team in each match, although there are some others on the committee who do not share that view.” One of the biggest champions of the concept was former Australia coach Darren Lehmann. He will be absent from the meeting as the representative of international coaches after resigning from his post in the wake of the Newlands ball-tampering fiasco. In his 2016 book, Coach, Lehmann was blunt about the scenario facing visiting Test teams. “The biggest challenge to the longest format, for me at least, comes not from Twenty20 but from the surfaces on which matches are being played,” Lehmann wrote. “Put simply, those surfaces are either far too bland or, conversely, are far too heavily weighted in favour of the home side. In both instances, that does Test cricket no good at all. On the other hand, no one wants to see 600 plays 500 on pitches that offer the bowlers nothing. Producing tracks like that is the surest way to kill off the format.

“My solution to ensure the best possible pitches is, at international level, to do away with the toss, with the visiting side given the option of whether they want to bat or bowl. That way the result is not decided by the toss of the coin, host boards have a greater incentive to produce decent pitches that are fair to both sides and the chances are that after five days the better side – rather than the one that has called correctly and thus been able to take advantage of favourable conditions – is the one what will come out on top.” A new international coaches representative on the committee, which features Anil Kumble, Andrew Strauss, Mahela Jayawardene, Rahul Dravid, Tim May, the New Zealand Cricket chief executive David White, the umpire Richard Kettleborough, ICC match referees chief Ranjan Madugalle, Shaun Pollock and Clare Connor, will be decided before the May 28-29 meeting.

Numerous others, including Ricky Ponting, Michael Holding, Ian Botham, Shane Warne and Steve Waugh, have also endorsed the idea. “The concerned authorities must look at what Ricky Ponting suggested – no more tosses,” Holding wrote for Wisden India in 2015. “The minor setback there in my opinion, is that tosses are big for television. It makes for good tension, everyone is focused on that coin when it’s in the air and the winning captain’s decision and so on.

“But that isn’t relevant now, times have changed and interest is waning in Test match cricket. What you need to do now is to make sure you have even contests between bat and ball. For that, there should be no toss and the visiting captain should be allowed to decide what he wants to do after inspecting the pitch.” Waugh, who as Australian captain from 1999 to 2004 did much to reduce the perceived influence of the coin toss by often sending opponents in to bat first in defiance of conventional wisdom, has argued the psychological effect could be significant. “I don’t mind that, I think that’s not such a bad thing,” Waugh told SEN Radio in 2015. “At the end of the day I think there’s probably too much emphasis placed on the toss and the conditions away from home. I don’t mind the authorities looking at some other options.”