I want to do my part in creating a society where no one is afraid to speak the truth: Ali Aftab Saeed 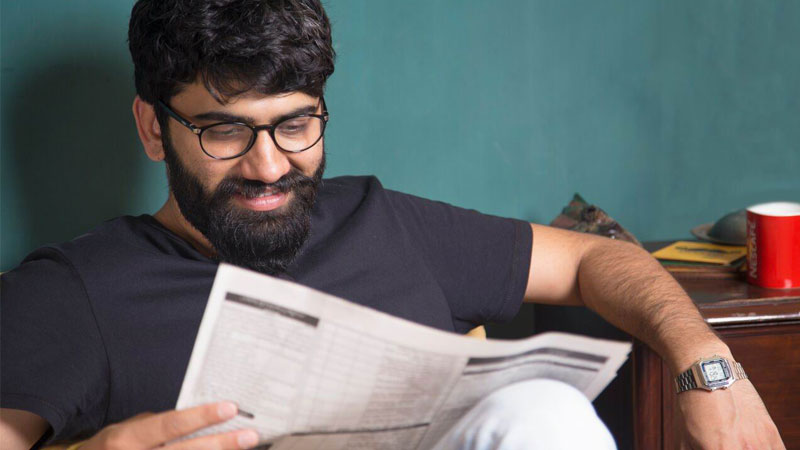 The hugely popular musician, satirist and vlogger, Ali Aftab Saeed sits down with Ally Adnan for an exclusive interview for the Daily Times.

You founded the Beygairat Brigade band in 2011. Does the band still exist?

Yes, it does and will always exist. No one owns Beygairat Brigade and the band has no permanent members. Any musician who is against corruption, and dishonesty, believes in justice and fairness, and does not tolerate duplicity and deceit can join the band. I believe that such musicians will always exist in Pakistan and be interested in bands like Beygairat Brigade. The band will continue to exist even if I leave because it is based on certain values, ideals and principles and not associated with any specific musicians.

Your work – music and, now, the vlog – is known for satire, humor and sarcasm but has strong underlying themes of social awareness, change and responsibility. Is it not enough to just entertain people?

Yes, it is enough to just entertain people but there is no harm in trying to do more. As long as the message included in an artist’s work does not adversely impact its quality, he should try to incorporate all that is important to him in his work. Otherwise, his art will lack substance and longevity.

Saeed says he has strong opinions and takes jibes at a lot of ‘sacred’ institutions regularly, due to which companies, corporations and institutions do not like to book him for their shows. “They believe that doing so would be tantamount to courting controversy”

You were invited to speak about music and satire in Pakistan at Harvard, a few years ago. Did talking at the venerable university intimidate you?

I never had the opportunity to study at a university, venerable or otherwise, and, therefore, do not understand the academic world very well. I think my ignorance and lack of knowledge of the world of education prevents me from getting intimidated.

What are your thoughts about music and satire in Pakistan?

Pakistani satirists have traditionally targeted politicians and bureaucrats, leaving other members of civil society and the military alone. You do not spare anyone and take jibes at any and every one. Are you not afraid of making enemies?

Of course, I am afraid of making enemies and try not to make any but speaking the truth is very important. I always try to do so but carefully without attacking specific individuals and keeping my tirades focused on issues and institutions, instead. Now, if I was an invincible superhero, I would be totally reckless and really speak my mind.

Have you made a lot of enemies because of your songs and vlogs?

I hope I have not but there must be a few people out there who dislike me and my work. I am fine with that; it comes with the territory.

Do you fear for your safety?

I do not. That is my family’s job! Seriously though, I am a fatalist and believe that what is destined to happen will happen regardless of what I say or do. So, no, I do not fear for my safety.

What is the reason for the popularity of your songs – the music or the content?

I believe it is both.

One of your recent songs used phrase uttered by Maulana Khadim Hussain Rizvi as its title. What does ‘bhen di siri’ mean?

The phrase is a perversion of one that is particularly nasty. It really does not mean anything.

Why did you use ‘bhen di siri’ as the title of a song that took aim at both the military and civilian leadership of the country?

The use of the phrase by the Maulana made it very popular and it had become a part of the local vernacular when the song was released. I tried to capitalise on the popularity of the phrase by making it the title of my song and using it to address all the people I was targeting.

Your song ‘Batti’ went viral after it appeared on BBC’s website and has been playing on channel’s Facebook page, YouTube channel, and website for over three months. Did the success of the song surprise you?

It did not. The song has a catchy melody, good music and great poetry. I always had an idea that Batti would do well. In fact, I recorded two versions of the song because I felt that people would not be satisfied with just one. I may even release a third version, given the popularity of the song.

‘Batti’ is the first song that you have released from your upcoming album, ‘Janjaan Te Janazay’. Do you expect the other songs in the album to do as well as ‘Batti’?

Janjaan Te Janazay has a total of seven (7) songs. I am confident – and hopeful – that at least three of the songs will become huge hits.

Why are you releasing ‘Janjaan Te Janazay’ one song at a time?

I ran out of money after the release of Batti and was unable to get the entire album mixed and mastered in one go. I plan to release two songs from the album each month. That is about all I can afford to do at this time.

The piracy of songs is rampant in Pakistan and copyright laws are almost never enforced. How will you make money from ‘Janjaan Te Janazay’?

The piracy of songs was never an issue for musicians. It only affected record labels. Thankfully, we don’t have record labels in Pakistan any more. Musicians do not make money from royalties but make a living by doing shows. Sadly, I do not get many shows and will probably not make any money from ‘Janjaan Te Janazay’.

Why do you not get many shows?

I have strong opinions and attack a lot of sacred institutions regularly. Companies, corporations and institutions do not like to book me for their shows because they believe that doing so would be tantamount to courting controversy.

A lot of Pakistani singers, the younger ones in particular, rely heavily on auto-tuning and pitch-correction. Is that a fair use of technology?

Pitch-correction is being done all over the world today and, in my opinion, is a good and fair use of technology. In the past, music instruments used to be tuned to frequencies anywhere between 430 and 450 Hz but nowadays the Western concert standard of 440 Hz is in vogue and rigidly enforced in recordings. I think that even if Mehdi Hassan and Noor Jehan came back to record in modern studios, a little bit of pitch correction would need to be employed.

You recently started doing vlog for the BBC in Urdu. The medium is relatively new and one that is not yet very popular in Pakistan. Why did you choose the vlog as the medium to share your thoughts and ideas?

A vlog is easy to produce, does not cost much, and has great reach. I love the medium.

Your vlog has become immensely popular in a very short period of time. What is the reason for its popularity?

I probably do a better job of articulating them but the feelings, ideas and thoughts shared in my vlog represent those of the Pakistani people. They like hearing their thoughts in a succinct and funny manner. I think my vlog is popular because its message finds resonance amongst people.

What do you plan to accomplish with your vlog?

I want to use the medium to highlight serious issues in a casual, funny and satirical manner and set the stage for proper, serious discussion. I want to push boundaries, encourage honest thinking, and bring taboo subjects to the fore. I want to do my part in creating a society where no one is afraid to speak the truth. And, I want to entertain people. Of course, I, also, want to use the vlog to direct traffic to my page. That way a greater number of people will see my work. At the end of the day, that is all an artist wants.

Do video blogging and web television have a future in Pakistan?

I believe it does.

You launched Punter Babu as Pakistan’s first ‘halal’ betting website in 2016. What was the idea behind Punter Babu?

The idea behind Punter Babu was simple but brilliant. The website allowed people to bet on real matches, in real time, using fake money. It was hugely entertaining.

Why did Punter Babu fail?

Punter Babu failed because the IT company that developed the website did not have the required competence and let me down horribly. I poured a lot of money into the website but the developers were unable to get the website to work as it should have.

How did you feel when your song ‘Dhinak Dhinak’ was banned by some internet service providers in the country?

I panicked and was very sad when the Pakistan Telecommunications Authority (PTA) banned Dhinak Dhinak. Some people felt that the ban would be helpful because it would get covered in the press all over the world and generate a lot of publicity. That was no consolation for me because I was not interested in publicity. I just wanted the song to reach large numbers of people. The ban made that impossible. 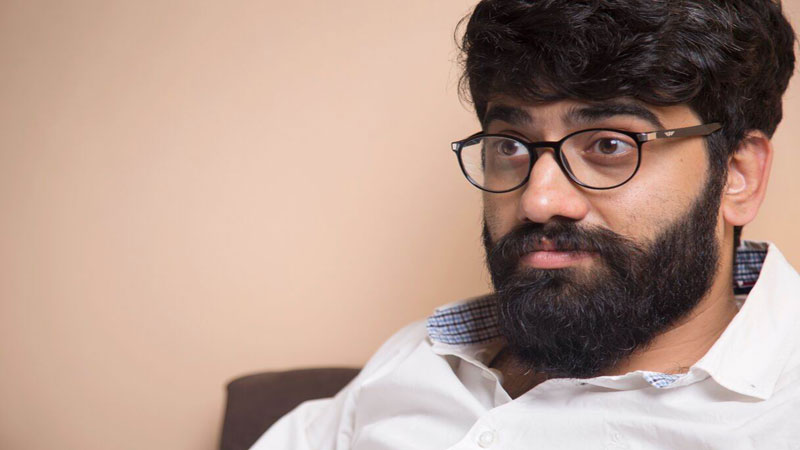 Do internet service providers and other governmental and non-governmental bodies have a right to censor and determine the content that they disseminate?

They have a right to determine the content that they disseminate as long as they do it with honesty and integrity and not under pressure from powerful people and institutions. They absolutely do not have the right to censor anything. No one does. Censorship encourages duplicity, stifles creativity, promotes hypocrisy, and hurts society.

Women are not treated with fairness, equity and respect anywhere in the world. Sadly, the situation is worse in Pakistan.

What do you think of Pakistan’s record of taking care of minorities?

The record is horrible. We do not take care of our minorities at all.

Do you see a fair, just, liberal, secular and progressive Pakistan in the future?

Yes, I do but not in the near future.