‘This is not about Hazaras and non-Hazaras. It’s a war between love and hate, and love will win’ 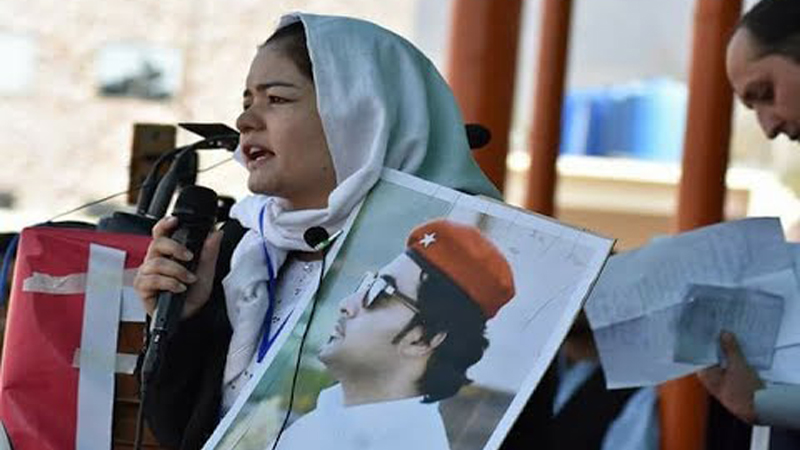 Islamabad: Jalila Haider went on hunger strike till death towards the end of April following the death of two Hazaras in a targeted attack in Quetta. Her protest against the persecution of Pakistani Hazara community continued for four days, ending with an assurance given in person by Chief of the Army Staff Qamar Javed Bajwa that those responsible for the plight of the community would face repercussions.

During her recent visit to Islamabad where she was to attend a meeting at the National Counter Terrorism Authority (NACTA) headquarters, Daily Times sat with her to hear her account for Hazara genocide in Pakistan. She also shared details of her personal journey, beginning with her birth in a family of Marxists, early lessons on the significance for sacrifice for higher values and ideas, and her initiation into activism for the causes of the marginalised.

DT: Tell us about your family back ground.

JH: I belong to a Marxist family of the Hazara community. My father, Haider Ali Karmel, was a socialist. With his dream of an ideal society shattered, he committed suicide after the collapse of the Union of Socialist Soviet Republics (USSR). I was an infant back then. His legacy has since enlightened my vision to work for the humanity and to promote peace. It is due to this legacy that I’ve been able to speak for all the marginalized individuals and groups.

DT: What are the roots causes of the Hazara genocide in your opinion?

JH: State has to guarantee the security of all citizen in accordance with the constitution of the country, but our institutions have failed in this task, particularly when it comes to the Hazara people. The emergence of sectarian and militants groups and their expansion following the 9/11 attacks has hit the Hazara community hard. On the one hand, all of us are on the hitlist and our life chances are shrinking every day. On the other hand, those responsible for crimes against us move openly and arrange rallies without any action from authorities.

DT: How many Hazaras have migrated out of Pakistan in search of safety, and what is the estimate of the existing population?

JH: Hazara community resides on both sides of the Pakistan-Afghanistan border. In Afghanistan, they are resisting attempts at their lives by militant groups, and on this side, too, they live under the shadow of constant threats. There are around 70,000 Hazaras left in Pakistan at the moment. Our estimates suggest that around 90,000 have fled over the years in search of safety.

DT: Where have Hazaras migrated to and what are their life prospects there?

JH: Hazara people are living in refugee camps in Indonesia and Turkey but their life is no better as they are treated as third-class citizens. They left Pakistan in worst conditions and migration hasn’t brought much hope either. Many lost their lives while traveling illegally to European destinations.

My two brothers have also left Pakistan and are now settled abroad. They warn me that living in Pakistan is like standing on a land mine that may blast any moment, but I say to them that I’ll stay and keep struggling for all the basic human rights here.

DT: How many Pakistani Hazaras have been martyred overtime?

JH: The figure of deceased is more than 3,000. These include prominent activists, sports players, doctors, intellectuals and other brave faces.

Syed Ibrar Hussain, an Olympic player, got killed in a targeted attack. Irfan Ali Khudi, a vibrant young activist, was also killed. A minister from the Hazara community, Sardar Ali Hazara, faced a failed assassination attempt. Hazara face a lot of discrimination due to their appearance both at the societal level and in government offices.

We don’t have the right to move freely and we are limited to our neighbourhoods and houses. When we visit passport or CNIC offices, we face harassment and persecution.

Many of us have been told to convert to the other sect to be safe but Hazara is our identity and we are proud on it.

DT: What motivated you to go on the hunger strike in Quetta?

JH: After the last attack on Hazara community on Jamaluddin Afghani Road, I went to the hospital to express solidarity with the aggrieved family. There, I encountered a kid from the family hugging his father and crying. That image broke my down and also gave me strength of purpose. I went on a hunger strike and demand that the army chief should come to Quetta and tell the Hazara people who was responsible for their genocide. Since 20 years, we have been picking up bodies of our martyred relatives who are killed in in broad daylight and in spite of the many check posts.

DT: What demands did you present to the COAS and what was his response?

JH: My first demand was about the state’s responsibility to provide for the families of the 3,000 Hazara people who lost their lives in this sectarian conflict. Secondly, I demanded that we don’t want security for individuals. We know that’s not possible for the state. We want the state to work on policy reforms to end this bloodshed. I also raised the issue of the failed writ of the state as Hazaras get killed not too far away from security check posts, and the assailants manage to escape easily.

The discrimination faced by the community in public offices and in society in general was also discussed. I shared my reservations over the lack of sensitisation of security personnel manning check posts. More often than not, these personnel have a soft corner for the assailants.

The last demand was for jobs for Hazara youth and better security for community members to do their businesses.

The COAS assured us about measures to improve security and said that the tree of extremism we seeded years ago was haunting us now. He said we will fight this war collectively.

He also assured us that very soon a rehabilitation programme will be launched for the effected families and promised that personnel manning check posts will be replaced.

The COAS said that those involved in the targeted killings of Hazaras would be made to pay double the cost.

DT: Will installation of more check posts and deployment of troops be enough to ensure security?

JH: Not at all. The mindset behind the killings is the problem. Without reforming policies and ending the distinction between good and bad militants, it is not possible to secure the lives of the citizens. Pakistan’s population is in millions, no state can deploy enough police to secure each and every citizen individually. Good policies are needed to promote security and co-existence.

DT: If the promises aren’t fulfilled what will be your response?

JH: I told the army chief that if Hazara are targeted again, we will register an FIR against the provincial interior minister and the entire community will go on a hunger strike till death.

DT: Tell us about your engagement with other marginalised communities in the country.

JH: I have been to the gatherings of the Pashtoon Tahaffuz Movement (PTM) as well as those held by relatives of Baluch missing persons. Our pain is similar. All of us demand the right to life guaranteed in the Constitution.

DT: What are your plans for the future?

JH: I will stay here and continue my struggle for a peaceful and progressive Pakistan, even if I have to pay for it with my life. Leaving the country has never been, and will never be, an option, because this country does not belong only to those who want to impose their extremist agendas on us.

My message to all those who haunt us today is that this is not about Hazaras and non-Hazara. It is a war between love and hate, and love will won this war.