The age-old question of Madrasah reform

The laws are there, all that remains is implementation

Students are only educated in religious specialities at seminaries and, therefore, they are left behind in the race for development. This matter in hand needs to be addressed before it’s too last, as it is the driving force behind many grievances of the country.

Most of these madrasah students are capable only of leading prayers in mosques and giving sermons on Islamic affairs after completion of their relevant courses.But the number of mosques available in the country are not in conformity with the number of disciples being taught in religious schools. Resultantly, many of them remain unemployed after graduation which makes them susceptible to exploitation by radical elements.

According to one estimate, about four million students are pursuing a religious education in approximately 43000 seminaries across Pakistan. At the time of independence, about 200 madaris were functioning in the country. That number has been increased by almost two hundred times till now, which in itself is enough evidence to speak of the profound indifference of our political and military leaders (read dictators) towards mainstream education. Has the number of schools and colleges increased by the same proportion since then?

Moreover, there are five major Islamic schools of thought, ie Deobandi, Barelvi, Ahl-i-Hadith, Jamat-i-Islami, and Ahl-i-Tasheh, all of which are running their own systems of seminaries. These systems are in a tug of war with one another in many respects and which, advertently or inadvertently, fan the flames of sectarianism. The differences between these sects are legitimate in some scenarios, but these should not be allowed to create tensions among their followers which may lead to breaking out of violence and conflict among them.

Additionally, in seminaries, such values and principles are inculcated in the minds of students that result in their strong aversion to literature and modern education. Generally, games, art and extracurricular activities do not see the light of the day in such places.

Those who champion the status quo are allegedly cashing in on this system for their private gains and political ambitions. Most of them are hypocrites to such levels that their own children get an education in modern institutes while at the same time they advocate conventional religious seminaries for the kids of the destitute.

It was 2001 when the government decided to bring some reforms to madrasah education. On 18 August 2001, The Pakistani Madrasah Education Board Ordinance was promulgated for registration, standardisation, and regulation of all Deeni Madaris. Although Islamic education was to remain part and parcel of their curriculum yet, it was regarded as compulsory for seminaries to adopt measures for enlightening students with a modern education. All madaris had to have the same course outlines to minimise the sectarian chasm. 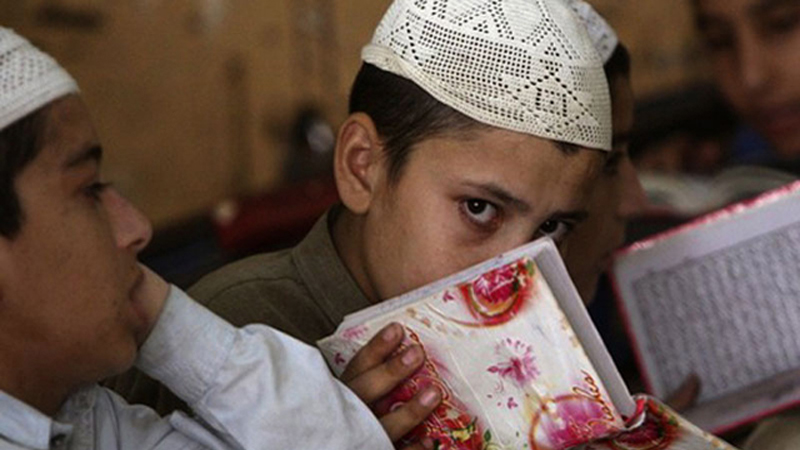 Furthermore, the ‘Madrasah Voluntary Registration and Regulation Ordinance, 2005,’ prohibits seminaries to operate without registration. The provisions of this ordinance say that annual report of educational activities and a copy of an audit of its account shall be submitted to the registrar. Madaris were forbidden to publish any literature which may promote militancy, stoke sectarianism, or spread religious hatred.

Laws are there, but the implementation is spineless. More legislation should be done in this regard, and subsequently, concrete measures must be taken for their enforcement. No one should be tolerated to make good use of religious education for their political expediency.

The government should arrange apprenticeship programmes for graduate students to prepare them for practical life. It should be ensured that they find respectable jobs and become productive members of society

There should be a regulatory body or board charted especially for madrasah education. All the madaris, their students and teachers must be registered with this body. It should be empowered to perform an audit of all religious schools and look into their activities. Every madrasah must have a management committee with representatives of high stature from local population which would supervise their working.

Their curriculum should be balanced and clearly defined with such content that guarantees tolerance, acceptance, benevolence, open-mindedness and self-controls of that students develop logical thinking and learn to respect others’ point of view. English, Science, Social Sciences, Computer, Mathematics etc. should be included in their syllabi. A government-sponsored training programme should be made compulsory for all madrasah teachers to minimise the sectarian tilt in their minds and train them how to deal students of different ages. Moreover, students must be provided with enough time for playing activities and relaxation. The annual academic schedules should match that of the government’s schedule for schools and colleges in the respective province.

Teaching and literary materials which pick up sectarianism must be strictly banned. Religious discussions should be promoted but manazras held with evil intent for the purpose to escalate the sectarian divide should be outlawed. All seminaries should follow one and same syllabi for different levels which should be interpreted in such ways that do not aggravate tensions between different sects and instead help in bringing them closer together.

The government should arrange apprenticeship programmes for the graduate students to prepare them for practical life. It should be ensured that they find respectable jobs and become productive members of society so that they are not distracted by culpable and unwarranted activities.