Why I am not a patriot 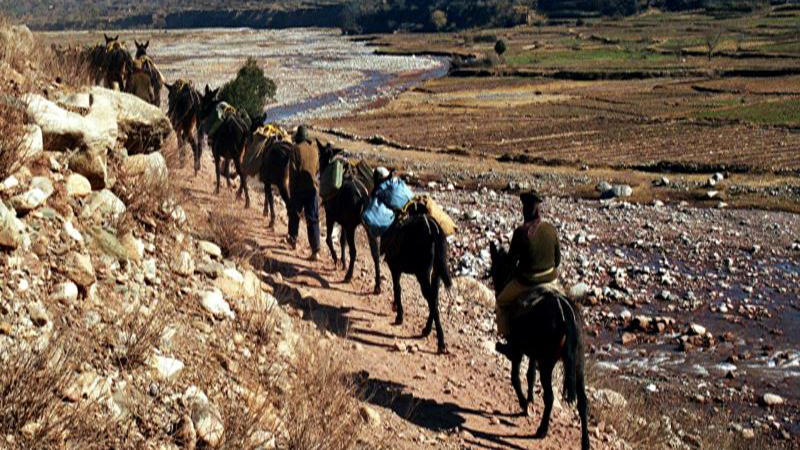 Pakistan is my country. I share every good and bad in it and about it. I grew up hearing the national anthem and national songs on PTV. I used to visit Peshawar on every Independence Day to share my joys and enjoy it along with my other countrymen. Back then, I would anxiously wait for PTV drama Angaar Wadi on our black and white TV. I cannot properly write Pashto, but I am good at Urdu. Hadiqa Kiyani is still my favourite singer. Growing up in those times was fun. Ghalib’s poetry inspired me, and I tried poetry in Urdu but failed badly.

Time travelled, and my perception of looking at things got bitter. Now I get frustrated, angry and confused when I look deep down into the situation my country has gone through and when I see the miseries of my fellow countrymen, tribesmen and my relatives in Khyber Agency. Agonies of my people in Khyber Agency have occupied and entangled my mind — I cannot look wider than those traumatised lives. Negative views about my country and my army don’t offend me — though they make me sad. I don’t enjoy national anthems and national songs the way I used to enjoy them in my childhood — I wish I could!

My transition from a happy patriot child to a furious grown-up man on national issues starts with my interest in looking at the happenings in our area after the 9/11. My interest in searching for reasons and happenings was triggered by the agonies of my fellow tribesmen and relatives who are living a miserable life in Khyber Agency as IDPs. Their socio-economic fabric has been destroyed. They are deprived of their meagre survival means in Tirah. The state is indifferent to their sufferings. I read IDPs as intentionally disowned people.

At time of their expulsion from Tirah, at the hands of militants and then due to subsequent army operations, only a small portion of IDPs were lucky to get some relief in the form of international ration through FDMA (FATA’s ‘disastrously’ managed authority), but that ration has also been blocked since September 2017. Many of the IDPs families’ men went abroad, especially to the KSA, and most of them returned after the recent financial crises in the Middle East. With nothing for sustenance, some fall prey to militants, and others opt for drug trafficking, in which every month, dozens are locked up in jails where they rot for years and here starts a new wave of social collapse. Saying so makes me sad, but it has to be said in the hope of getting any support for them.

I don’t enjoy Dil Dil Pakistan anymore: all the songs that glorify my country appear deceptive

The account of happenings in our area is more frightening and frustrating. The narrated sufferings of my fellow tribesmen and sacrifices of our brave brothers in LEAs were very much avoidable. The Army had peacefully accessed Tirah in 2003 with the full support of the locals. Tribesmen, especially Kukikhel tribe, living along Pak-Afghan border welcomed Army much before any sign of militancy in our area. Not a single bullet was fired at that time. But in 2005, Army/FC was called back from Tirah and religious mercenaries and criminals like Mangal Bagh, Namdar and Thamanche Mullah, emerged afterwards. These militants entangled portion of locals through manipulating tribal codes and customs. All of a sudden, unwanted and frightening Jihadis overpowered our society and started terrorising those who refused to accept their rule. Rich left the area, while some fought back — (Ansar-ul-Islam).

Some just kept silent and refused to be part of any conflict (Kukikhel-Shinwari-Mulagori). But none was pardoned. Torture, killing, ransom and kidnapping became a routine matter. There was perpetual chaos all around. Targeting elders was a priority of the militants. Meanwhile, there were cries for state-level intervention, but the state was entirely non-serious. Security forces had launched a few low-level operations with weird names like Daraghlam (coming after you), Biya Daraghlam (again I am coming after you), and Khwakh Ba de Sham (will see you), but at the end all of them proved to be a hide and seek game between militants of Lashkar-e-Islam and the security forces.

Locals got suspicious, and they took Mangal Bagh as Army’s proxy. Militants (Mangal Bagh group) had replaced the state writ. Sometimes, Mangal Bagh’s Lashkar (LI) resisted the TTP. TTP had once killed 20 of Mangal Bagh’s men in a suicide attack. Hundreds were killed in infighting between different groups like Lashkar-e-Islam of Mangal Bagh, Ansar-ul-Islam of Mehboob group, TTP and the Namdar group. Those who were opposing the barbarians were on their own means. The state had abandoned its people and even those Kukikhel tribes who had welcomed army in Tirah back in 2003. Kukikhel were now resisting on two fronts — Mangal Bagh and TTP.  The state and its machinery was indifferent to the situation and never approached the peace-loving Kukikhel tribes.

The gap between the state machinery and those who were resisting militants was so wide that in April 2010, ‘mishits’ of PAF killed 60 and injured 80 members of Kukikhel tribe in a single day at Tirah Valley. Those killed were among the people who had welcomed the army in 2003. At that time, both TTP and Mangal Bagh groups were around in Tirah but their position ‘likely got missed’, and the jets hit those forgotten souls not just once but twice — once a small group and then when they were collecting dead bodies. Those killed have never been named. The then Army Chief had just rendered a remote apology. Families of those killed approached Peshawar High Court, which had ordered for their compensation. Even after such a deadly tragedy, the Kukikhel were resisting militants without any support from the state. Finally, they were defeated by the TTP in June 2012. Kukikhel tribe didn’t reconcile with the terrorists and preferred to leave the area.

Kukikhel had left the area and their belongings in haste. TTP and Lashkar-e-Islam shared the bounty. Lashkar-e-Islam and different TTP groups, i.e. Abdul Wali of JUA group, Mullah Tufaan of Orakzai group and Tariq Afridi of Dara Adam Khel group started living in those abandoned homes. The then silence and indifference of state begets many questions and suspicions in my mind, and I am searching for their answers — I hope one day, someone privileged to classified information will clear my confusion.

The Kukikhel are IDPs till date. The army claims to have cleared Tirah in a series of Khyber 1, Khyber 2, Khyber 3 and Khyber 4 operations but my fellow tribesmen are denied entry into their lands. I am sure one day they will be back into their lands,but I am not sure whether they would get any assistance and relief from the state in doing so. Their homes have been destroyed in PAF shelling and due to natural decay. The state promised compensation of Rs0.45 million for a completely destroyed home and much lesser for a partially destroyed home. I gauge the size of the compensational amount by the scale of the amount(Rs22 million)released for the renovation of washrooms in Prime Minister House of Pakistan, which makes the compensation to affected families look like an insult to the very existence of a welfare state and its liabilities.

Looking into all the humiliation and alienation of my fellow tribesmen of FATA and much more makes me angry, frustrated and suspicious. I don’t enjoy Dil Dil Pakistan anymore, and I can’t help myself: all the songs in praise and glories of my country look nothing but a deception. I envy those who are satisfied with thoughts of Pakistan being a ‘welfare state’. I am in a battle with myself about Pakistan. Alas! I am losing to my sentiments.

The writer can be reached at noshadcse@gmail.com