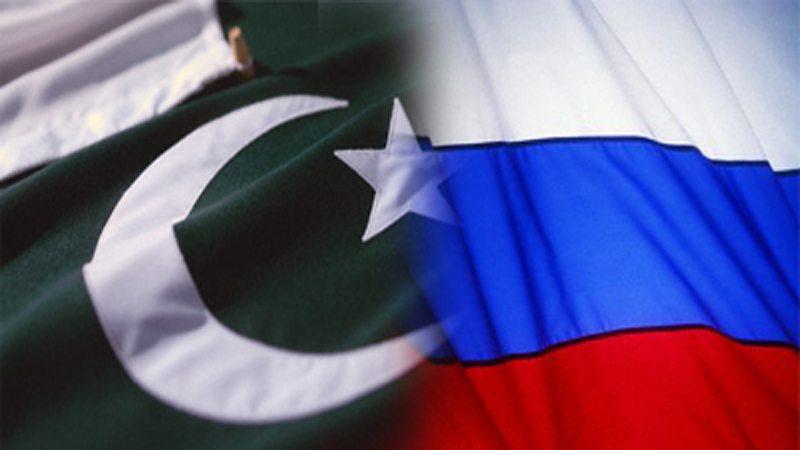 Both sides discussed regional security, stability and bilateral security cooperation. Both sides also vowed to “keep on working towards a cooperative regional framework based on sovereign equality and mutual progress through connectivity.”

Gen Bajwa’s visit was given wide coverage across Russian media. His counterparts – Gen Grasimov and Gen Oleg Salyukov – did not hold back in hurling praise on him while appreciating Pakistan’s achievements in the ongoing war against terror. “Russia supports Pakistan’s efforts towards reconciliation and peace in Afghanistan and is willing to play a role towards that end,” General Grasimov said.

During the warmly received visit, the Pakistan army chief stressed on three focal points: one, he made it clear that “Pakistan does not have hostile designs towards any country”, without naming India or Afghanistan, adding, “we will keep on working towards a cooperative regional framework based on sovereign equality and mutual progress through connectivity”; two, he said, “Pakistan welcomes any initiative which can bring peace and stability in Afghanistan and the whole region will benefit from it”; three, towing the official policy of the Government of Pakistan, Gen Bajwa said, “Pakistan wants to get out of the zero-sum dynamics of the Cold War era that is still prevalent in South Asia.”

The visit was held at a time when Russia has announced it will host the eight-member Shanghai Cooperation Organization (SCO) member countries joint anti-terror war exercises that will be held later this month. Interestingly, India is also a member of the China-Russia-led SCO, and New Delhi has confirmed its participation in the ‘extremely important’ event taking place in the region.

The upcoming war drills under the SCO banner are likely to establish Pakistan’s leading role in the war against terror, and the participating member countries will likely benefit from the experience gained by the battle-hardened Pakistani military. This will not only bring Pakistan to the limelight, but will also help Islamabad diplomatically and politically.

General Bajwa’s three focal points primarily attempt to address Pakistan’s desire for peace in the region as well as within Pakistan. During the last 10 or so years of the war on terror (WOT), the Islamic Republic has spent Rs. 297.3 billion on its fight against terrorism, which could have been spent on uplifting the masses. Despite Pakistan’s frontline role, physical engagement and heavy casualties as well as the damage it has incurred in the WOT, Islamabad’s relationship with Washington continues to deteriorate, probably under a well weighted design.

Since Mr. Trump came to the White House, Americans have repeatedly accused Pakistan of not doing enough. This means that while Washington appears to have downplayed Pakistan’s critical role, Russia thinks otherwise. Russia has also recently played a positive role in helping to resolve complex situations in the region and Pakistan will continue to play its part in keeping conflicts away from the region.

America’s toughened policy towards Pakistan has forced Islamabad to look to other regional countries like China and Russia. But relations between Pakistan and Russia have seen an unprecedented improvement over the last few years. Pakistan’s political and military leadership has lately been engaged in extending ties with Russia.

While India, Russia’s long-standing strategic partner, has joined the US camp, Moscow is also opening up its options that include reaching out to countries such as Islamabad. Pakistan has been pushing for a regional consensus on Afghanistan. Russia, China and Iran have endorsed Pakistan’s stance that the use of force will not resolve the lingering conflict in Afghanistan.

Before Gen Raheel’s visit, former army Chief Gen Ashfaq Pervez Kayani also visited Russia. As a result of that visit, Russia and Pakistan signed a landmark defense agreement and Russia lifted an embargo on weapons exports to Pakistan. Such initiatives by Pakistan cemented relations between the two countries, and may make Russia and Pakistan major regional allies in the future.

Russia is concerned about the emergence of ISIS in Afghanistan, which may have major consequences for Central Asia and Russian territories with Muslim populations. Pakistan’s military has the experience required to effectively counter terrorism, and this can allow Russia to benefit from Pakistan’s experience.

The author is freelance columnist based in Islamabad. He can be reached at fzkhann@yahoo.com