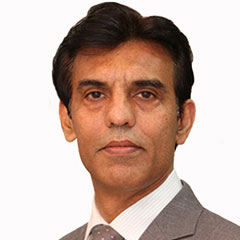 Pakistan in the grips of fanaticism

During the 2013 general elections, the PPP and ANP were vulnerable to extremist attacks and could not run their campaigns successfully. This time it is the PML-N which is in the extremist forces’ crosshairs.

The recently launched Pakistan Human Development Report 2018 indicates that almost half the young people surveyed did not feel it was okay to have friendly relations with people from other religions. Many more felt that people of other religions should not be allowed to establish places of worship (a right guaranteed to them in our Constitution) and should not be allowed to preach their religion. This is the state of inter-faith harmony in this country.

Studies undertake by the Sustainable Development Policy Institute also reveal an equally bleak state of affairs. Anyone can question another’s’ faith, make allegations of some wrongdoing and that is all that is needed to raise a charged mob ready to eliminate the ‘infidel’. Forget about any enquiry into the accusation.

In fact, religious extremism and intolerance has spread widely in our society and especially among our youth. This continues, despite the fact that we have a National Action Plan’s (NAP) to combat extremism. The sad reality is that a sizeable percentage of the population is neither willing to accept pluralism, nor believes in inter-faith harmony. All of this makes the chances of NAP’s success rather bleak.

Easily available firearms and unregulated social media where bigots and demagogues are free to malign anyone are all that is needed to throw a country into chaos. The attack on Interior Minister Ahsan Iqbal in his home constituency by a 21 year old man who admitted to being inspired by inflammatory content and hate speech was not just an attempted assassination, it was the result of deliberate attempts to spread anarchy.

Luckily, the minister survived the attack. However, I fear that this will not be a one off incident. Because of mainstream and social media, we know that a few other members of the cabinet are also on the Tehreek-e-Labaik Pakistan’s (TLP) hit list.

Intolerance in general and religious intolerance in particular is not confined to any particular group or segment of society. You can find intolerant elements among all political forces, be they are on treasury or opposition benches (we all know who incited the masses and who showed solidarity with TLP on the floor of parliament). You may find them among our civil and military establishments, among academia, among media persons, and in our society at large.

Things have gone from bad to worse. It seems like any fringe group can hold the federal capital hostage for weeks. The state seems to have lost its authority over anyone using religion as a slogan. This is happening because there is no unity among the state, the political class, and the society on the issue of religious extremism. Scared of political backlash and the personal security of its members, the government has been unable to take any action against those blackmailing the country in the name of religion.

During the 2013 general elections, the PPP and ANP were vulnerable to extremist attacks and could not run their campaign. This time it is the PML-N which is in the extremist forces’ crosshairs. It is quite clear that the buck will not stop here. If political forces do not unite to combat religious intolerance and extremism, then the next government too, will have to surrender to extremist groups and face similar vulnerabilities.

This state of affairs is painful for every sensible Pakistani who knows that getting rid of extremism is key to eliminating terrorism. However, silently bearing this pain will not help any of us. Extremist forces are trying to mute every voice of reason. We need to say enough is enough and support the state to stand and rise against fanaticism in order to secure this country for our future generations.