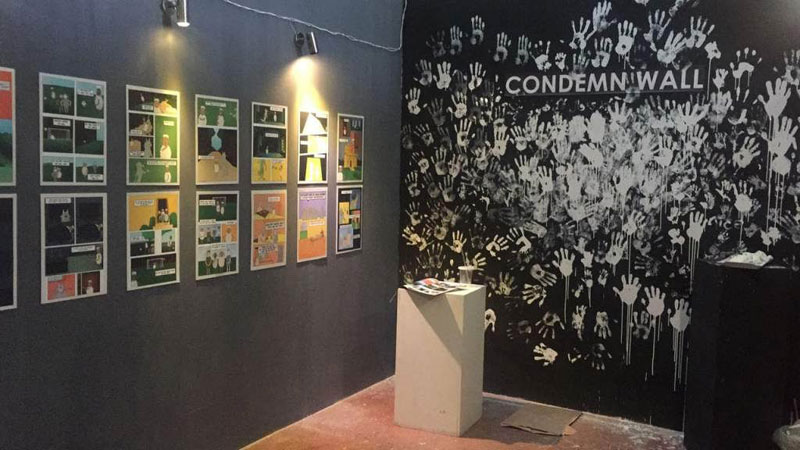 Over recent years, one notices how art universities in Pakistan have started to exist in an institutional recluse, exhibiting a voluntary withdrawal from the political, economic, ecological, social and cultural debates. It is but only through selective pedagogical methods often applied or practiced in various departments where one finds ideological affinities and conceptual alliances with local, regional or international narratives, schools or modes of thinking. The role and impact of the academic institutions however still remains within its limited and confined four walls. Moreover, one also observes, a distant isolationism amidst the various departments within the institutions, a deficiency and often nonexistence of overlap or cross-over of curriculum, conversation or discrete research.

Can an academic platform serve as a dynamic fulcrum that activates collaborations, institutions, and debates that broaden the scope of impact and create an inclusive open environment of academic, cultural and critical growth? What are the myriad ways of rethinking and reimagining the role and possible degree of impact of an educational institute?

The Mariam Dawood School of Art and Design at Beaconhouse National University (BNU-SVAD) is known for its diverse, innovative and cross-disciplinary approach to its academic philosophy. The SVAD2018 annual thesis display at BNU was not a reclusive event,in fact a conglomeration of a week-long programming where the department hosted the annual thesis, a prologue event announcing the inaugural Design Summit in Lahore and the second edition of three-day long festival ‘Nothing Fest’18’.

The SVAD2018 annual thesis display at BNU was not a reclusive event,in fact a conglomeration of a week-long programming where the Mariam Dawood School of Art and Design hosted the annual thesis display, a prologue event announcing the inaugural Design Summit in Lahore and the second edition of three-day long festival ‘Nothing Fest’18’

Nothing Fest ’18 yet again successfully brought together critical thinkers, professionals and cultural practitioners to explore and interpret the unusual notion of ‘Nothing’ and how the everyday banality of the term can be channeled into multi-dimensional modes of being, thinking and doing. The program fluctuating in energy and momentum, exposed the attendees to invigorating talks, open minded debates and captivating participatory workshops.

A pleasant introduction to the annual programming at BNU-SVAD was The Design Summit 01- prologue, a partnered endeavor between SVAD and Lahore University of Management and Sciences (LUMS).The SVAD Dean, founding adviser of the Design Summit (DS) Rashid Rana introduced the vision and goals of DS01. He said it is a pluralistic endeavor towards critical discourse, holistic exploration ofthe role of the academia, applied-design and industry. This daylong event served as an introductory session in bringing together distinct groups of academics, designers, artists and writers who shared ideas and actively engaged during the carefully designed and enthralling program of riveting presentations, inquiry-based discussions, earnest conversations and enlightening panel discussions.

A detailed plan of the events that will lead to the inaugural Design Summit scheduled to be held in Fall 2018 in Lahore was also shared, where patrons, institutions, designers and professionals were given an invitation to partner and collaborate with the university.

The prologue also embarked with the concept note, ‘Design and Planetarity’ presented by Dr. Ijlal Muzaffar, an academic, critic and writer invited as the Director of the inaugural Design Summit.

The theme for DS01 has been inspired by the concept deployed by Gayatri Spivak in her book The Death of a Discipline. Planetarity, inherently questions the global capitalist crisis, seeking to reclaim the creative human agency. The note introduced the term ‘planetarity’ while also presented a critique of globalisation and its inherent reduction of community and vision of the global citizen into a homogenised and standardised system, and moreover its lack thereof holistic deliberation of human progression and representation. Globalisation is a compartmentalised reductive manner of understanding society, where often broad strokes of cultural efficacies lead to elimination and often erasure of a part or representation of a community. DS01 inherently seeks to open the possibilities of physical and cultural engagement by exploring whether design as a discipline can serve as a fulcrum to recontextualize and understand the local and global and create an inclusive, multi-dimensional mode of being. 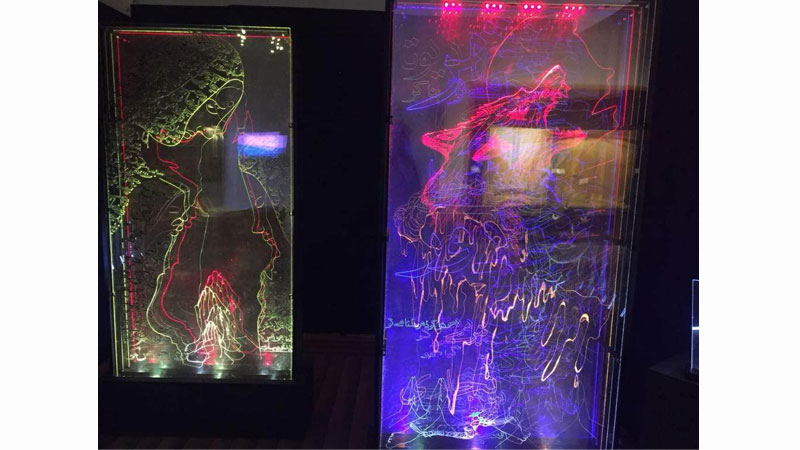 The vision and concept of DS01 is ambitious, inclusive and self-critical;ambitious, in the intended scope and impact of the endeavor, inclusive, in the intended diversity of collaborations and comprehensive participation, and self-critical, in the way it poses questions to explore the role of academia and the discipline of design in understanding diversity and hierarchal modes of existence.

The Design Summit 01 brings forward a two fold model. It seeks to broaden the parameter of impact of academia in questioning and shaping the role of art, design, critical thinking and problem solving and how it in turns informs the cultural capital. Simultaneously, the summit seeks to initiate debates that strike, connect and converse with international contemporary critical paradigms. BNU-SVAD in partnership with LUMS has paved way to rethink the role of an academic institution, where learning and innovation does not happen through pedagogical heredity, rather where institutions become hub of experimentation, interdisciplinary discourse, problem solving and applied new approaches.