Male or female: who determines a new born’s gender? 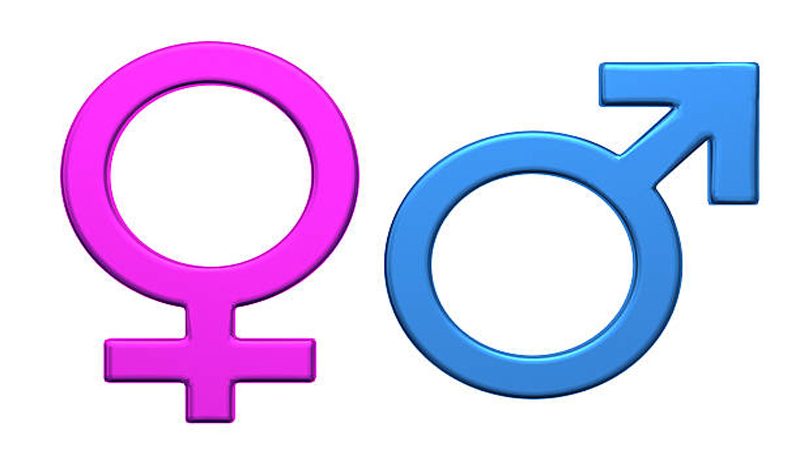 Sheer surprise comes quite often; blaming women for producing girl babies while her better half enjoys zero blame, although the fact is otherwise.

Almighty Allah sent 1,24,000 messengers to teach mankind, but humans are yet to develop human instinct and behave as supreme creature as titled by the God Almighty.

The reasons behind determining sex of an inborn baby requires basic knowledge regarding genetics and reproductive physiology of both male and female. Scientifically, after reaching puberty, a male makes semen using his seminal vesicles and for every ejaculation, almost 15 million sperms are released into reproductive tract of a female. In comparison to a male, a female during her reproductive cycle makes one – In some cased 2 and rarely 3 – ova in her ovary. Hormonal secretions bring ovum into oviduct where fertilisation occurs.

During mating between male and female, it is sperm that is motile and must move towards ovum which is a sessile female haploid gamete. Sperms once released into female’s genital organ should cross vagina, cervix and uterus which is 3-inch-wide and 9-inch long. Finally, sperms reach into oviduct where out of 15 million, only one will get chance of fertilisation.

Advanced research on fertilization has opened novel avenues for better understanding of human reproduction. One theory is that sperm that carry the male chromosome are tiny and fragile but very quick, whereas the female sperm are larger and harder, but rather sluggish. The male sperm are fast, but die faster also. The female sperm are slow and steady and have a longer life span.

In kingdom Animalia, sex determination is regulated in a variety of ways. In some animals (humans, birds and reptiles), the shape of chromosomes has importance, while in certain insects (e.g. grasshopper) the number of chromosomes is important (24 in female and 23 in male). Sometimes, chromosomes of different shape are present (e.g. human male) and in some animal (e.g. fishes), it is with female. This means in animals; the sex determination authority is not male dominant genetics.

As a matter of fact, neither human male, nor a female has any knowledge of events of fertilisation, so none may be blamed. If to be believed, a human female has 46 chromosomes, of which 44 are autosomes and 2 are sex chromosomes and both are XX shape and have representation for female child, it is human male whose 2 sex chromosomes are heterologous i.e. X and Y. Chromosomes X bears genes for female baby and chromosomes Y has gene for baby boy.  Hence, males produce male and female sperms which are 3-5 millions in every ejaculation. Now, if sperm with Y chromosomes fertilises ovum (which always has X chromosome), a baby girl will develop and take birth. And fertilisation of ovum with Y chromosomes carrying sperm will result into baby boy. Hence, it is male who possess genetic potential for male baby.

Blaming female for producing female child is totally out of sense. There is dire need to embark up on genetic counselling at mass level so that the truth is realised.

Another interesting surprise is that, if so desired, through selective breeding, a baby of choice may be obtained, but of course this is not fashionable, and requires plenty of finances.  Choosing the sex of your child is technically possible, thanks to advances in fertility treatments that allow doctors to identify male and female embryos. Sex selection is an option for couples who want to avoid passing sex-linked genetic disorders to their children. It also might appeal to parents who have children of one sex and want to have a child of the other sex – the concept sometimes known as family balancing.

But today’s sex-selection options aren’t equally effective, affordable, or available. The most accurate sex-selection methods are the most expensive (tens of thousands of dollars) and often mean you should undergo invasive infertility treatments and take fertility drugs with potential side effects.

If you’re serious about trying one of these techniques for family balancing, you’ll have to meet strict requirements. At some fertility clinics, you won’t be eligible unless you’re married and already have at least one child of the opposite sex you’re trying for. And some clinics have age limits, but all will run hormone tests to see if you’re still fertile.

Keep in mind that mother nature has already tipped the odds a bit in favour of boys. According to data from the National Center for Health Statistics, approximately 105 boys are born for every 100 girls.

How is it done?

During an IVF cycle, eggs are fertilised with sperm in a petri dish. A single cell or cells are later removed from each of the resulting 3 to 5-day-old embryos and tested for genetic disorders or a normal set of chromosomes as well as the sex chromosomes X and Y. In a regular IVF cycle, scientists try to determine which embryos have the best chance of implanting by looking at them under a microscope. But in pre-implantation genetic testing, the embryos are tested thoroughly for genetic or chromosomal abnormalities and sex.

Gender selection, also known as sex selection, is a way of ensuring that a couple will have a baby boy or girl according to their choosing. This is most commonly practiced among couples who already have children of one sex or the other, and who desire to “balance” the family. Critics of the practice argue that it can lead to favoritism of one sex over another, and more widespread population imbalance.

Despite all these novel facilities, one must not forget, what is Quranic view about gender determination. It is believing of Muslims that every soul that comes into the world is created by Allah, who creates according to His almighty will. So expression of anger over Allah’s will simply means disobeying the Almighty.  On this topic, the Quran says: To Allah belongs the dominion of the heavens and the earth. He creates what He wills. He bestows (children) male or female according to His Will (and Plan), Or He bestows both males and females, and He leaves childless whom He will: for He is full of Knowledge and Power.  (42:49-50)

It is totally wrong to encourage one sex over another when having children. Quran reveals that, “for, whenever any of them is given the glad tiding of [the birth of] a girl, his face darkens, and he is filled with suppressed anger. With shame does he hide himself from his people, because of the bad news he has had! Shall he retain it in contempt, or bury it in the dust? Ah! what an evil (choice) they decide on!” (16:58-59).

Let nature nurture the notion and never try to favour a particular gender as it is against the nature.