A look at Kalash Valley’s distinct culture — Part I

The Kalashi lifestyle and culture is worth exploring 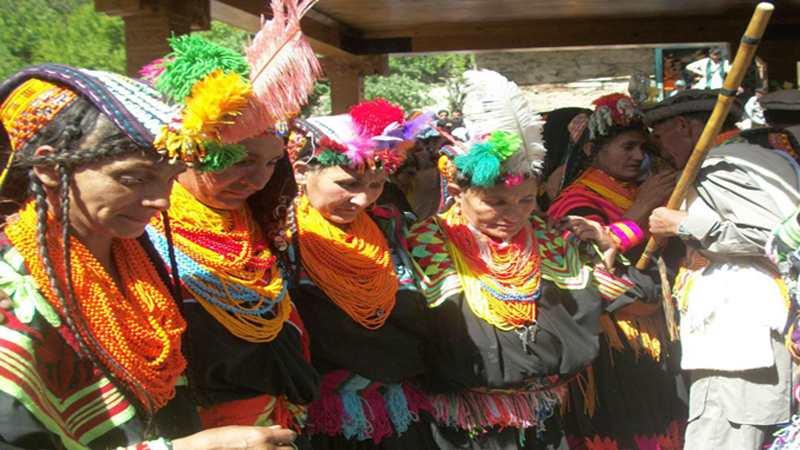 The charming young men, kids and elders of the Kalash tribe celebrate the Joshi Festival in May by dancing and paying thanks to God while waving the branching of hickory tree in their hands.

Some call this Kalash valley ‘Kafirstan’ (the land of atheists). Here Chilm Jusht or Joshi Festival is celebrated every year in the second week of May to mark the beginning of spring. This festival is celebrated in the valleys of Bamboret, Ramboor and Barir with great enthusiasm. But a great number of national and international visitor are seen in Bamboret valley.

It is believed that the people of Kalash tribe are offspring of Greek soldiers, but the recent archaeological survey in Chitral District shows that the Kalashis have been living there before the time of Alexander the great

Seeing these attractive young men and alluring fairies like ladies in their colorful dresses and unique pieces of jewelry, one can’t help but try to learn more about them. Why are their dresses like this? How do their traditions and customs differ from ours?

Apparently the historians, anthropologist as well as researchers are unable to give correct information in this regard. According to some people, they came from Afghanistan. Others say they are the remnants of Alexander the great as some of his army was left there when he passed through this land.

It is believed that the people of Kalash tribe are offspring of those soldiers, but the recent archaeological survey in Chitral District shows that the Kalashis have been living there before the time of Alexander the great. Even the DNA test of Kalash tribesmen could not prove their relation to those Greek soldiers. 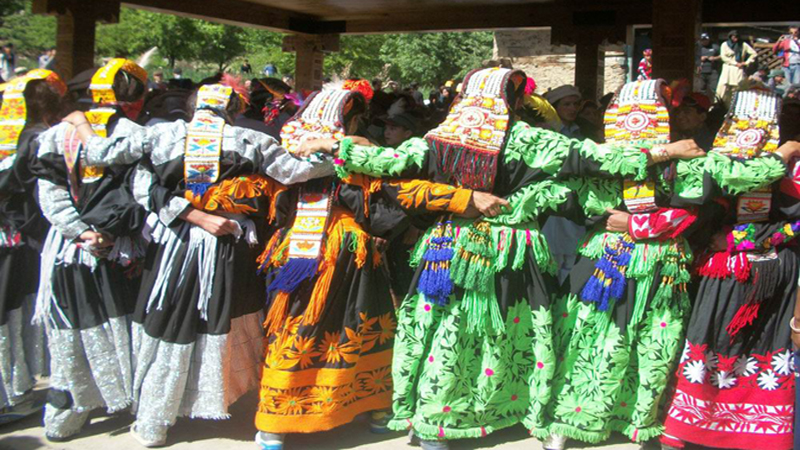 In spite of all the efforts, the script of Indus valley could not be read, which is why nothing could be said in this regard. It is also very difficult to give any indisputable opinion about the Kalash ethnology. If the people of Kalash are asked about their identification, most of them will be saying that they are the people of Greek race. This is because many of their traditions, dressing style, language resemble those of the Greek. Their architecture is on the pattern of ancient Greeks. There are many Greek words in the Kalash language. The dress of their men and women are also similar to the ones Greeks wore. Their way of offerings and sacrifice is also similar to the Greeks. The culture of making wine at home and drinking is also found among the Kailashi people as well as in the Greeks. The articles of domestic use as are available in Greek museum are also there in Kailash museum.

It seems that there is a reflection of ancient Hindu culture on the civilisation of the Kalashi people, as Mahadev who is the most gigantic and the strongest lord in Hindu religion. In the same way he is known as Mahan-deo or Maloosh in the kalash tribe who accepts the offerings of goats. 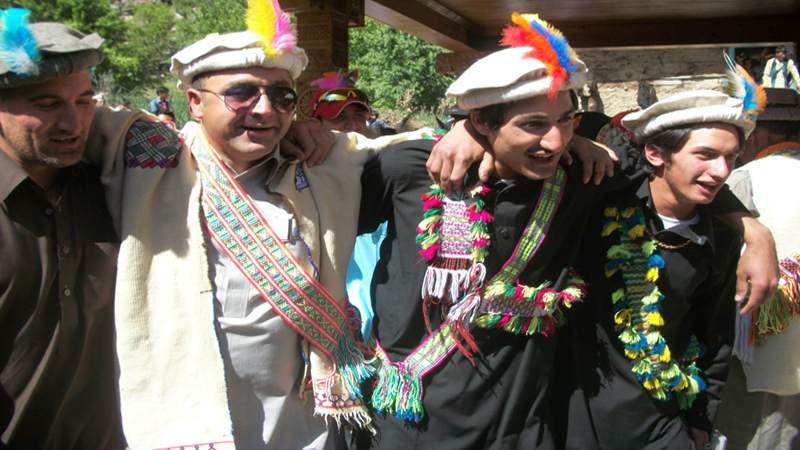 The Joshi Festival is celebrated in the spring season in Kailash in the same way Hindu celebrate Holi festival in the spring. Boys and girls of the Bawaria Hindu tribe visit door to door by beating drum and get butter and bread with cheese as present. The same ceremony is repeated on the event of Joshi.

There is no authorised or authentic literature or book of the Kalash tribe. These people have been following centuries old traditions which are ritually transferring generation to generation. There are too much traditions followed by the Kalash people which they elaborate in their own way. They answer the same question differently which further confuses the investigator.

The Kalashi culture is indeed mysterious and the more we try to explore it, the more it captivates us.