What can Pakistan learn from Singapore? 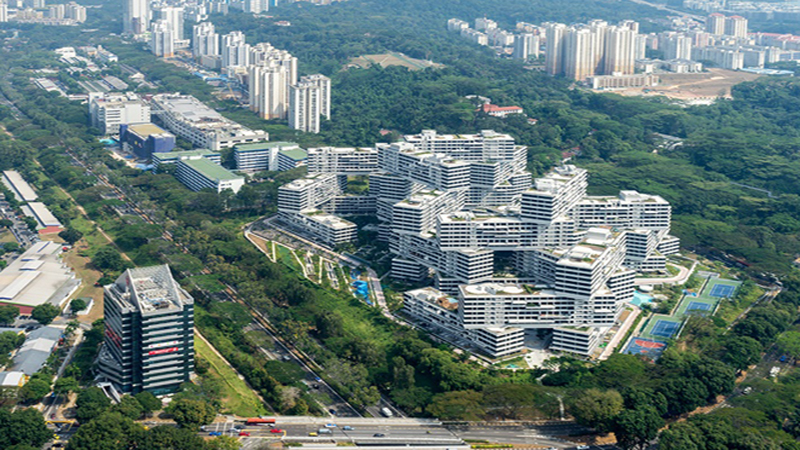 It’s my third year in Singapore and every day I witness and appreciate the achievements of this small city-state and ponder what could policymakers in Pakistan learn from the success of this country. From the time you land at Changi Airport which is successively declared one of the best airports in the world, you start feeling the remarkable difference whether it’s the self-serving boarding kiosks or automated immigration counters. I am not a Singapore citizen but because I have a long-term student pass I do not have to stand in queues for immigration purposes and I go through automated counters just scanning my passport and giving thumbprints, can we imagine this in Pakistan?

When you get out of the airport in Singapore you do not need a taxi to go anywhere. You just need to spend 5 minutes reading the map of one of the best metro systems in the world. The computerised trains — some even driverless — will take you right from the airport to anywhere in the city you want to go. And the train stations look better than many airports in Pakistan. The list of such awesome experiences is long and ranges from transportation to healthcare and from education to public services like water and electricity. The success of Singapore is a tangible example of the belief of its founding father Lee Kuan Yew that most of the problems can best be solved by implementing right public policies because the capacity, resources, and power of the government in any country cannot be matched by private or nongovernment organisations.

So how Singapore transformed itself from a relatively poor country with per capita GDP of $500 at the time of independence in 1965 to one of the richest countries around with per capita GDP in excess of $50000 in just 50 years? The answer lies in government’s approach to developing and implementing public policies which are in the best interest of the nation.

Unlike Pakistan, Singapore does not have much in terms of natural resources. It is a densely populated city of 5.6 million people with a land mass of around 720 square kilometres. It simply does not have any land for agriculture or mining. The total land mass is either covered by buildings and roads or by forests or water reservoirs. So from the start, they knew that they only have one natural resource which is human resource and are strategically located. It needs to be reminded that Pakistan has both of these resources besides having a tremendous amount of other natural resources like water, energy, minerals and agricultural land mass.

So Singapore realised its advantages and disadvantages. It has invested heavily in its human resources to develop a skilled labour force. It has world ranked universities and technical institutes and its children receive one of the best schoolings in the world. This way Singapore became an Asian hub of the knowledge economy having hi-tech manufacturing and being the global centre of finance and other relevant services. It has also capitalised on its strategic geography and is now a mega port at the mouth of Strait of Malacca from where 40 percent of world’s seaborne trade passes. It has created a business environment which is unmatched in its neighbourhood consistently ranking among top few countries in World Bank’s ease of doing business index. It has one of the best legal and regulatory environments where a new company can be established in just one day. The government gives full protection to the business by enforcing contract and property rights vigorously.

Singapore has invested heavily in its human resource to develop a skilled labour force. It has some of the world’s top ranked universities and its education system is one of the best in the world

Mr Kishore Mahbubani, long-serving dean of Lee Kuan Yew School of Public Policy which is part of National University of Singapore terms Singapore’s secret to the great success as MPH formula, which stands for Meritocracy, Pragmatism, and Honesty.

In Singapore, great attention is paid to who is running the country both at legislative and executive level. The politicians here are highly educated people with vast knowledge and experience and are paid well so that they can keep the country on right track in changing times. Singapore government officials are best minds available in the country. They receive customised training relevant to their job right from the start when they enter the service. It is out of imagination in Singapore to put people without the relevant skill-set at the helm of public sector organisations, unlike Pakistan where a medical doctor can become Managing Director of the national airline only because he has political connections.

The civil servants are paid well in Singapore. Their compensation is at par with the private sector so they have less incentive for switching the job or indulging in monetary corruption. With best people given relevant training and compensated at par with private sector executives, it is no wonder that Singapore’s public sector organisations out perform their private sector counterparts occasionally. But this does not mean there is no accountability here. Bureaucrats have less incentive for corruption. Not just that, they have less room to do it with the highly automated public sector and an advanced financial system where it is almost impossible to hide assets. And if some official still does not perform their duty honestly and engages in corrupt practices then Singapore is famous for harsh and non-discriminatory punishments through the judiciary.

Singapore policymakers do not keep ideological affiliation with the policies they develop and implement. The policies remain in place as long as they stay relevant. Policies can be upgraded or scrapped when they become outdated. But this does not mean they have to scrap policies every other day. They develop and implement well thought-out policies in close collaboration with academic experts, benchmarking the successful similar policies around the world instead of reinventing the wheel. Due to this they normally have to make incremental changes or twists in the policies. Pakistan can learn many things from Singapore’s success story when it comes to adopting best course for development.

Pakistan needs to take an account of its resources, strengths and weaknesses. The first thing it needs is to overhaul its government machinery to a great extent so that it can develop and implement right public policies. Not only honest but very capable people should be put to run different government ministries and organisations. One step in the right direction could be abolishing colonial-era CSS recruitment system and recruiting relevant people from the market. Why not put MBAs with operations and logistics management specialisation to run railways or Pakistan Post instead of placing lowest ranked CSS exam passers there? This is just one example. When right people will be placed at right positions things will surely start to move in right direction. The government can find not only local but foreign qualified young people with relevant knowledge and skills for almost every government organisation. They simply do not enter the public sector because they cannot pass the memory testing CSS and other provincial public service examinations.

It is obvious that right people will develop and implement right public policies with maximum impact and minimum need for abolishment, saving a great amount of time and other resources. Other things which Pakistan needs to learn from Singapore or perhaps other Asian countries like Japan and South Korea is to identify and focus on the development of specific industries which can take advantage of Pakistan’s abundant natural resources including human resources. Also, Pakistan needs to create stable, transparent and efficient legal and regulatory environment. Foreign investors cannot be induced to invest in a country where they are not sure whether the government is able and willing to enforce contract and property rights or not? Whether or not it will take days or months/years to get necessary approvals for construction and utility connections? We do not need fundamental research on how we can get these things right. We only need to learn from countries who did them right.

The writer is PhD candidate