Mayor should resign instead of crying for funds

KARACHI: Karachi Mayor Waseem Akhtar should resign from his office instead of crying for funds and authority, said Pak Sarzameen Party President Asif Hasnain on Sunday.

He was addressing a press conference at the Karachi Press Club. He was flanked by Dr Sagheer Ahmed, Naseer Khan and Adil Siddiqi.

He said the PSP will announce its future course of action on March 23.

Karachi has been suffering due to the collaboration of two political parties, Hasnain said.

“Today those people or political parties were crying for authority had transfer their powers to Sindh government with their own hands like Karachi Development Authority (KDA), Karachi Water and Sewerage Board (KW&SB) and other institutions,” Hasnain recalled.

“Entire city has been changed into garbage dump, drinking water for people, sewerage problems and damaged roads reached at the brim,” he said, adding, “No one is taking care of the city but we want to made it that we will not let Karachi alone.”

Hasnain added, “We will announce its future course of action on March 23rd for problems in Karachi being faced by its residents and we prove that how can practically resolved issues of the metropolis.”

The residents of city are facing multiple problems, including issues in getting computerised national identity cards (CNIC), over billings of K-Electric and others, he pointed out.

“Wrong and misleading information spread for universities in Karachi and Hyderabad and we will complete the dreams of the people in this regard.”

He accused the Karachi mayor of taking commission and percentage in tenders.

“The mayor should clarify his position regarding commissions from tenders as they are also sanctioning contracts to favourites.”

“Those who were crying for authority know well that they have no powers before taking over mayor-ship of Karachi. The PSP has 12,000 workers across the city and we will resolve all issues of Karachi through our workers,” he added. 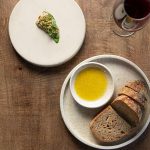