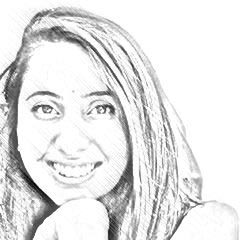 Pakistan’s #MeToo moment has been slowly unravelling ever since MNA Ayesha Gulalai took to social media to accuse PTI chairman Imran Khan of sexual harassment. But when it comes to responding to women who disclose their experiences of sexual harassment and violence, most of us seem to be out of our depths.

Our recent legal accomplishments in protecting women mean very little when every woman who speaks out is treated with suspicion. This perpetuates a culture of silence and prevents others from reporting incidents.

From Gulalai’s accusation to the young women sharing screenshots of inappropriate sexual advances by Patari CEO Khalid Bajwa, and most recently Meesha Shafi accusing fellow singer Ali Zafar of sexually harassing her, Pakistan’s response to these incidents has mostly been negative.

In each of these cases, the women coming forward have been subjected to vile social media backlash, vilified on television channels and attacked with a barrage of questions and accusations.

In reality, false accusations are rare but sexual violence and harassment are not. Most Pakistani women experience harassment as part of their daily lives. Such experiences are so routine that women do not report them to even friends and family.

Yet, every time a woman publicly discloses such an experience, she is dismissed. There seems to be an assumption that a lot of women lie about such experiences and there is a serious risk of innocent men being targeted. But evidence of false allegations from places where such data is available such as the United States and United Kingdom does not support these claims. While statistics vary, false reports of harassment and violence are estimated to be between only 2 and 10 percent of all cases.

This does not mean that every woman should be believed every time, but there should also not be an assumption that every woman who speaks up is lying, especially when harassment is endemic in public and private life, and among all social classes.

It is not difficult to understand why something that makes us feel humiliated and victimised may be challenging to come to terms with. Thus, it may take time for a victim to share such an experience with others

At the very least, those coming forward should be treated with respect and should not be accused, questioned, dismissed or blamed for their experiences. Public figures such as television anchors and celebrities have a greater role to play in creating a positive environment where women feel comfortable enough to report incidents. However, in recent instances, such entities have used their positions to do exactly the opposite.

Take for instance, Mubasher Lucman’s show Khara Sach aired on April 23rd, which highlighted numerous examples of how not to react to a #MeToo disclosure. The panellists, two of whom were women, joined the host in trivialising Shafi’s experience and arguing that they have not experienced harassment because they are ‘respectful’ and behave in a certain way.

Such statements perpetuate victim-blaming by holding women responsible for men’s behaviour and absolve the harasser by saying that if a woman acts in a certain way, a man is justified in subjecting her to harassment. They uphold the widely-held belief that only a certain type of woman is worthy of support and sympathy.

Lucman also repeatedly asked ‘why now?’ This is the question which is asked in nearly every similar case. In other parts of the world, it is understood that it may take victims of sexual harassment or assault days, months and even years to come forward.

This is the reason why some states in the United States, for example, do not have a statute that places limits on punishment for crimes of a sexual nature. This means someone can be prosecuted for a crime such as sexual assault or harassment no matter how long ago the incident took place.

It is not difficult to understand why something that makes us feel humiliated and victimised may be challenging to come to terms with. Thus, it may take time for a victim to share such an experience with others. Among the reasons why people do not come forward immediately is the sense of shame they feel.

Those who are made to feel violated by a harasser may blame themselves and wonder if they could have done something differently. Often such an experience is shocking and an otherwise confident and self-assured person may be left speechless and unable to react. As adults, we like to believe we are in control of our lives, but sexual harassment may leave us feeling violated and hence uncomfortable.

Women may also be fearful of the consequences of going public with their accusations. Jobs, social relationships and the reputations of both the victim and the perpetrator are at stake. Often the perpetrator holds power over a woman’s life and she will take time to gather the courage to brave these consequences.

The timing of the disclosure therefore should not be the subject of a public interrogation as the reasons why someone chooses a certain time to come forward are always psychological and highly personal.

These are just some examples of the negative reactions to the recent #MeToo disclosures. It takes a lot of courage for a woman to speak up about such an experience, and punishing those who do speak up will ensure that millions continue to suffer in silence, while perpetrators continue to enjoy impunity.

If we are committed to creating a Pakistan where women participate in public life, we must create an environment where they feel comfortable reporting incidents of harassment and abuse. Because what happens now is that every time a victim sees another woman being interrogated in the press or over social media, she too is inclined to wonder if she would ever be believed.

The writer is a free-lance journalist and a development professional. She tweets at @shiza__malik