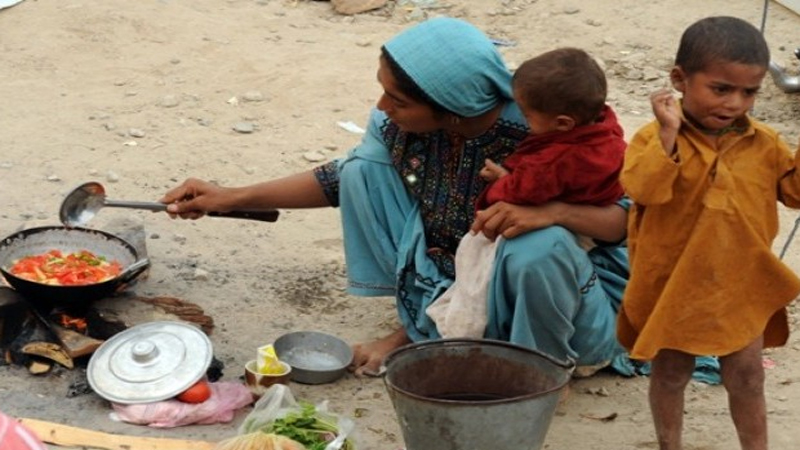 Balochistan has the highest level of food insecurity in the country. It is estimated that nearly 63 percent of households in the province are food insecure. Although the health authorities have been working to resolve these problems, the security situation along with geographical difficulties of the province and the scattered population make the issue more complex.

Earlier in 2014, the World Health Organization (WHO) declared a state of emergency in Balochistan in view of the indicators of Global Acute Malnutrition. In August 2014, the World Bank approved US$47.95 million (US$11.71 million) to Balochistan to help the Government of Pakistan improve nutrition status of children under two years of age, and of pregnant and lactating women in targeted areas.

The program focused on improving nutrition for children and pregnant and lactating women and was to be implemented in seven districts of the province over three years. However, the project has not started functioning in Balochistan due to negligence and lack of interest of provincial government.

This leads to significant percentages suffering from mortality and morbidity below the age of five. Over 177,000 children die each year in the country, because they or their mothers experienced malnutrition. Malnutrition reduces the growth of the baby and increases chances of it having a low birth weight, and later suffering from childhood infections and mortality. For a country, whose leaders eulogise over its youth’s potential and upcoming youth dividend, it’s malnutrition statistics that are worse than most sub-Saharan countries.

According to a budget analysis done by a Pakistan government research institute, only 10% of the health budget is spent on nutrition; and of that, only 10 percent is spent by the government and 90 percent is actually disbursed by development agencies or related NGO’s.

Additionally, studies on nutrition with perspective to food often show that women receive a lower share of household food than men. Gender discrimination, gender roles, and social norms affecting women can lead to early marriage and childbearing, close birth spacing, and under nutrition, all of which contribute to malnourished mothers and children.

The government of Pakistan should work in collaboration with international agencies and NGOs to address malnutrition so as to save children’s lives. Thus, clear nutrition policy and national nutritional strategic plans need to be set up for addressing malnutrition in vulnerable groups.