Life with difference of opinion goes on, but it is hate which poses a danger to our education system

In Pakistan, young minds are becoming pressure cooker owing to the existing educational policies. During their studies period they love to think freely and please to express their self. But the status quo does not allow them to do so. Which drown them in to the extreme level of frustration?

Firstly, the curriculum has created a very biased narrative regarding religion and Pakistan’s history. KK Aziz, in his scholarly account, The Murder of History: A Critique of History textbooks used in Pakistan had tried to point out the injustice done to the text books since creation of Pakistan but unfortunately, still it continues. Secondly, most of the teachers discourage the quires arise in the mind of free thinkers. Students face humiliation for asking rational and logical questions. Instead of getting answer or encouragement they are snubbed.

Thirdly, there is sense in all the students that if you speak or write something against any state institution, you may not be able to get a state job. As a result, most of the student I have seen not just read rather cram the materials for the sake of getting job. Yet he compromises his intellectual skills and set out in the queue of job seekers.

Promotion of one particular narrative and suppressing other narratives is what killed Mashal. The most alarming aspect of his murder is that he was killed in a university

All this not stops here, even after getting jobs youth faces these kinds of restriction. In recent past, it has witnessed that professors and lecturers have fired from universities on the pretext of educating the students rather than teaching them. It is not a new phenomenon; Socrates was sentenced to death on the same charges of ‘Corrupting the Youth’ despite he was enlightening the youth.

Some analysts think that it is extremism in universities that are eroding our society but in contrast, it is the lack of patience which is destroying our society. Nowadays extremism is meld with the use of violence and viciousness which is incorrect. The dictionary describes the extremism as ‘belief in and backing for ideas that are far from what many people consider correct or reasonable’. 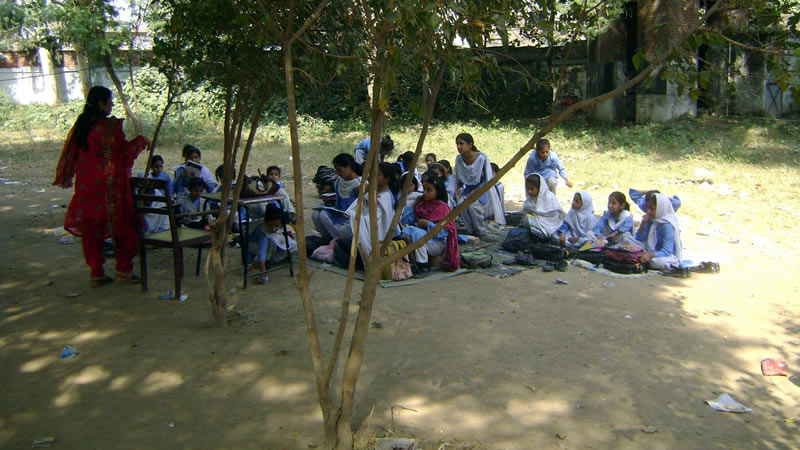 A young student of Abdul Wali Khan University, Mashal Khan, was brutally lynched by mob in a day light for speaking up for rights. Promotion of one particular narrative and discouraging other narrative took the life of Mashal Khan. Like many analysts believe that the most alarming aspect of his murder is that he was killed in the university not in religious madrassa.

Life with difference of opinion goes on but it is the hate which creates menace to our education system.

The writer can be reached at haqnasar@gmail.com